Earlier this week, TIME magazine named Ludo Lefebvre one of its Chefs of the Future in an article that lauds him for “helping to reinvent the way we eat” with his LudoBites pop-up restaurants. In a similar innovative vein, Névé Luxury Ice founder Michel Dozois is expanding the boundaries of the traditional bar concept with his Nights with Névé pop-up cocktail events. Following its February debut at Bar Celona, the second installment of the series took place last week at Osteria La Buca. For this edition, Dozois and La Descarga GM Steve Livigni created cocktails inspired by La Buca’s “gypsy culture of dining.”

When we arrived at La Buca, we were led outside, around the corner and into a hidden space accessed from a narrow walkway. Dozois and Livigni were finishing their setup at the far end of the double-height, wood-paneled room. At the gathering were many of L.A.’s cocktail cognoscenti, including Caroline on Crack, Eating LA, Food GPS, Julie and Lindsay from LAist, Sauce LA, Savory Hunter, and ShopEatSleep. The underground vibe of the raw space was enhanced by the spartan wall decor: shelves and wine bottles depicted with tape adorned one wall, while large taped X’s crisscrossed others. 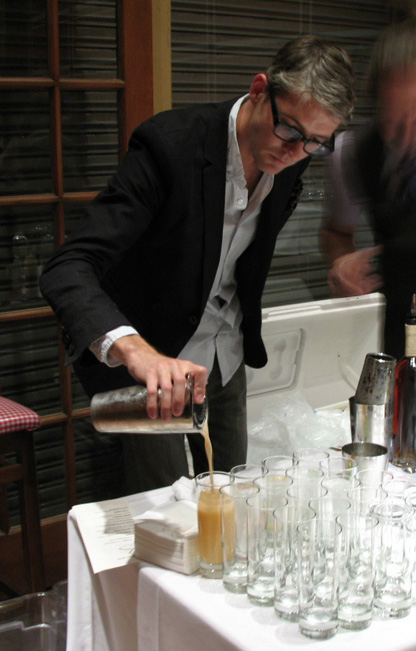 After a brief welcome from Dozois, the event began with Livigni serving his ELoper, made with Dimmi Italian Liqueur, Tito’s Vodka, lemon juice, cantaloupe, and Prosecco. The ELoper was garnished with prosciutto and served in a highball with a Névé ice “spear,” designed especially for tall Collins/highball glasses. The ELoper was a great way to start the evening, refreshing and balanced between the citrus and fruit with the herbal notes of the Dimmi. Dozois dubbed this event “The Drink as Art,” and with that in mind he handed the first ELoper to artist Champion Grubbs, who would interpret Livigni’s cocktail with colored chalk. 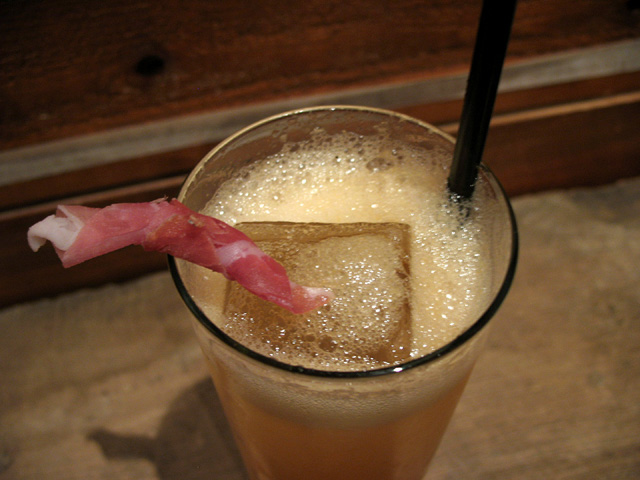 "The ELoper," by Champion Grubbs

Next, Dozois presented his first cocktail, the Italian Stallion: Cluny blended Scotch, Carpano Antica and Cynar, served in an Old Fashioned glass. The smoke and kick of the Cluny was nicely offset by the sweet vermouth and the bitter liqueur. This was probably my favorite cocktail of the night, though my fondness for Cynar will likely give any drink an unfair advantage. The Italian Stallion was chilled by a perfectly formed Névé “rock,” a solid two inch cube used in straight spirit cocktails. 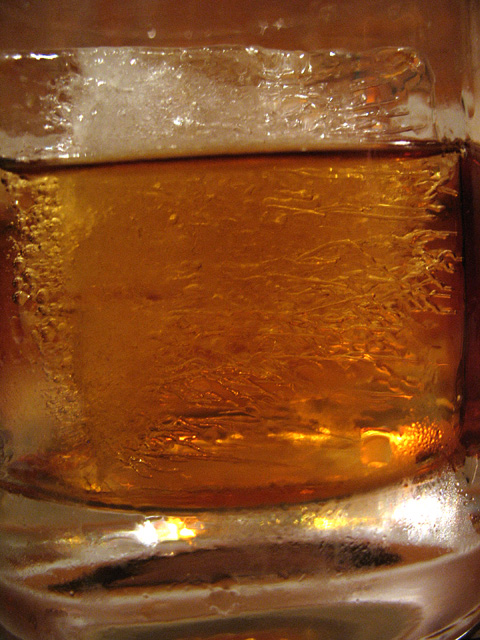 At this point, Osteria La Buca owner Graham Snyder and designer Brendan Ravenill were introduced, and they revealed the meaning behind the taped walls. It turns out they represented Snyder’s plans to build out the space, which will become the restaurant’s new entrance. The X’s indicated walls that would be removed, while the wine bottles hinted at guests eventually sitting to sip wine and nibble on prosciutto sliced to order. The renovation was already underway, taking place during off-hours so as not to interrupt La Buca’s normal operations.

Speaking of nibbling, the appetizers from Chef Alberto Lazzarino were certainly well-received, if the scrums that formed around the La Buca servers were any indication. Our bites included prosciutto, potato and fig ravioli, gnocchi, and squash blossom pizza. Making guests use toothpicks to eat ravioli and gnocchi was somewhat questionable, but everyone managed, and the food was excellent. 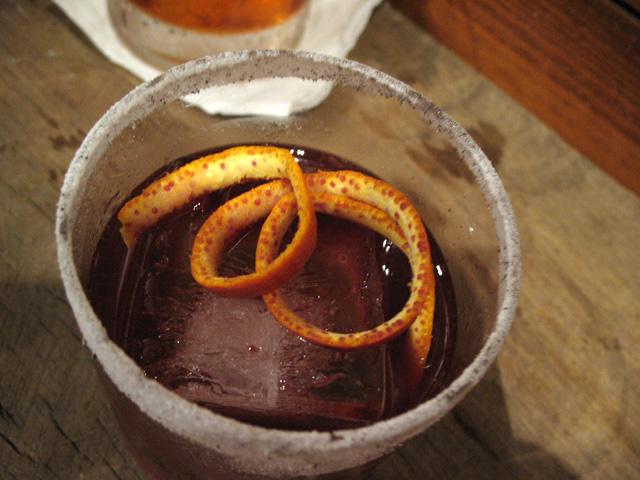 For his second cocktail, Livigni served The silenzio Dolce, named by Marissa Medina, who won a “Name the Cocktail” contest run by Caroline on Crack. The silenzio Dolce featured Zaya Gran Reserva Rum, Averna Amaro, blood orange juice and Nocello Walnut Liqueur. The drink was served in a rocks glass, garnished with a blood orange twist and rimmed with superfine sugar. The Nocello dominated the Zaya’s vanilla and maple syrup notes, to the extent I didn’t taste much of the Amaro or blood orange, either. Still, it was a very good drink, and the favorite of the night for more than one guest. 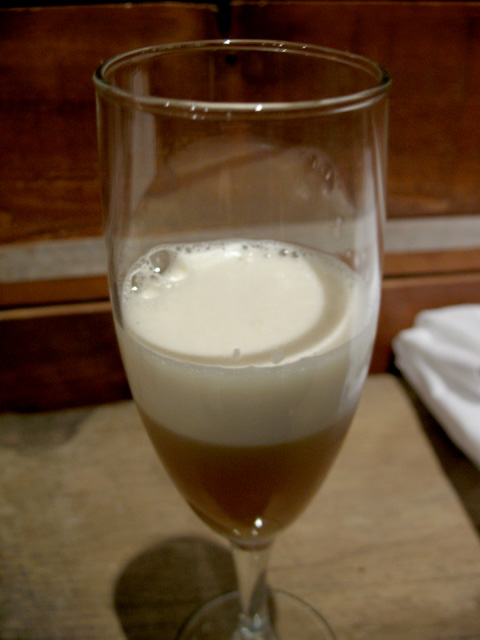 Dozois finished with his I luv Lucy, made with Carpano Antica, whiskey, lemon juice, and egg white. Shaken vigorously into a creamy, smooth-tasting creation, the I luv Lucy made for a sweet and velvety conclusion to an evening that celebrated “The Drink as Art.”

The next Nights with Névé event promises to be even more ambitious, with a bus tour spanning cocktail destinations across L.A. Stay tuned for details.

For more information about Névé Luxury Ice and the Nights with Névé events, visit www.neveice.com.

More recaps of Nights with Névé: