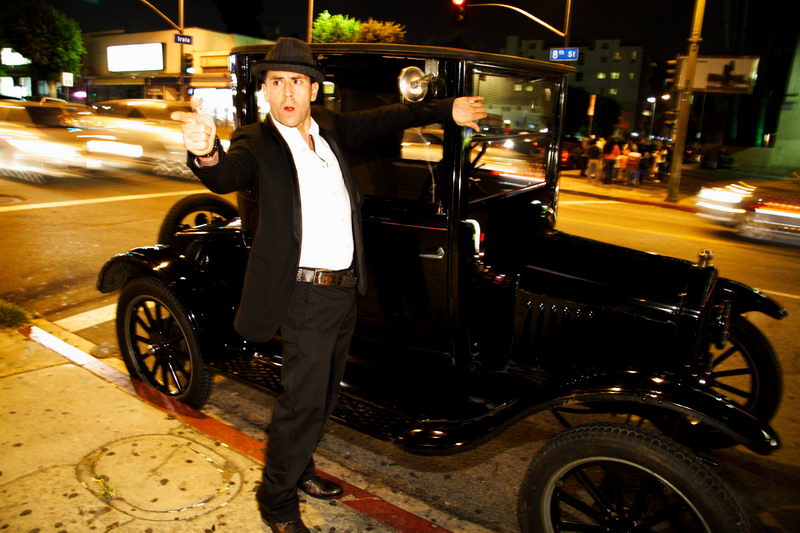 It’s already Don Draper’s whisky of choice on the Emmy Award-winning Mad Men. Now, Canadian Club is poised to have its coolness factor elevated even higher with the debut of Boardwalk Empire, a Prohibition-era series from Executive Producers Terence Winter (writer/creator) and Martin Scorsese (the pilot episode’s director). The HBO crime drama takes place in Atlantic City and centers on Enoch “Nucky” Thompson (played by Steve Buscemi), the County Treasurer described as “a political fixer and backroom dealer who is equal parts politician and gangster and equally comfortable in either role.”

To celebrate the September 19th premiere of the highly-anticipated series, Canadian Club hosted a speakeasy event last week at R Bar, complete with an antique car, password entry, and a “mug shot” photo station inside. Canadian Club was of course the featured spirit in a Boardwalk Empire-themed cocktail menu:

I started with the tasty Boardwalk Boss and chatted with LA Cocktails Examiner Aaron Vanek and his lovely wife Kirsten, who looked like they stepped right out of Central Casting in their vintage outfits. Check out Aaron’s mug shot in his Examiner recap, he definitely looks the part! 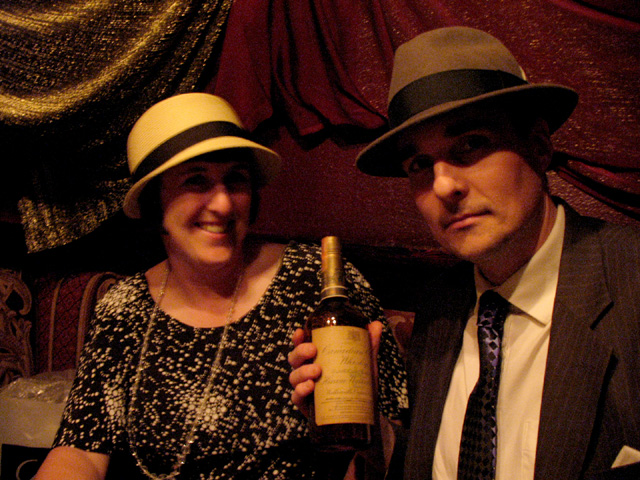 We then had the pleasure of sitting with Tish Harcus, the delightful Canadian Club brand ambassador who took us through a tasting of 6, 10 and 12-year Canadian Club. Along the way we learned about the origins of the terms “bootlegging” and “The Real McCoy.” With its distillery located at the U.S.-Canada border on the Detroit River, Canadian Club would become the leading U.S. whisky supplier during Prohibition. Harcus told us that thousands of cases of C.C. were smuggled across the river every week. One of Canadian Club’s biggest “customers” was Al Capone, portrayed in Boardwalk Empire by Stephen Graham. 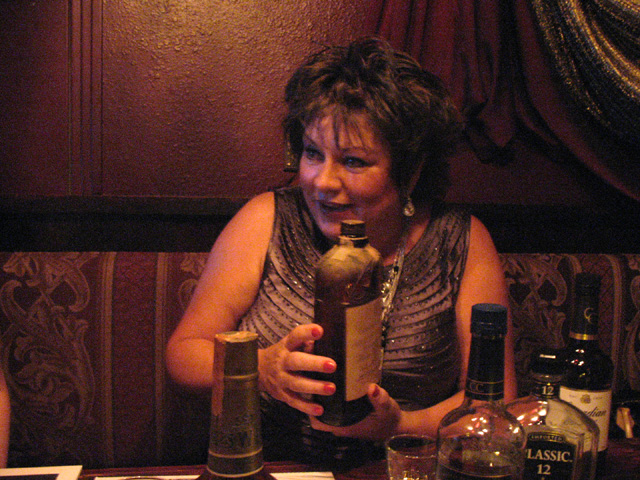 Harcus had some vintage bottles on display at the table, and even decades later the 1920s bottle still had a nose to it. Harcus had to interrupt our session briefly, when she said a few words to the crowd after the Boardwalk Empire trailer was shown to rousing applause. We eyed the bottles of whisky before us but exercised remarkable restraint in leaving them untouched.

As seen in the Boardwalk Empire trailer, Nucky celebrates the dawn of Prohibition and toasts Congress with his cohorts: “To those beautiful ignorant bastards!” Naturally this would be the recurring toast throughout the R Bar event. While Harcus took time to extol the virtues of C.C., she was just as excited to talk about Boardwalk Empire, which she said has generated more buzz at C.C. than anything in her 23 years with the brand.

Naomi Schimek mixes her R Password, the best drink of the night.

Our C.C. tasting session over, it was back to the bar for a few rounds of the best drink of the night, an exclusive cocktail created by Naomi Schimek called the R Password: Apple Amaretto Syrup, fresh lemon juice, Canadian Club Whisky, garnished with a housemade candied lemon peel. Even after the event officially ended, bartenders continued to sling R Passwords to the remaining guests. It’s no secret, Schimek had a winner on her hands. And if Boardwalk Empire can deliver on the promise of its outstanding trailers, HBO does as well.

Boardwalk Empire: Hooch Hook Up
What better way to celebrate the debut of a Prohibition-era crime drama than with a free cocktail? Click here to register for password info and get the skinny on your hooch hook-up at these participating speakeasies:

Note: The Hooch Hook Up is for guests 21 and over only. One complimentary drink per person. 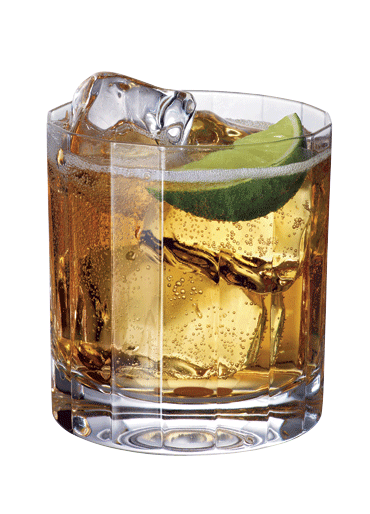 And if you want to enjoy a themed cocktail (or two) while you watch Boardwalk Empire, Canadian Club sent along the simple recipe for the High Roller. Break out the fedoras and flapper dresses, and don’t forget the password!

THE HIGH ROLLER
In a rocks glass filled with ice add: