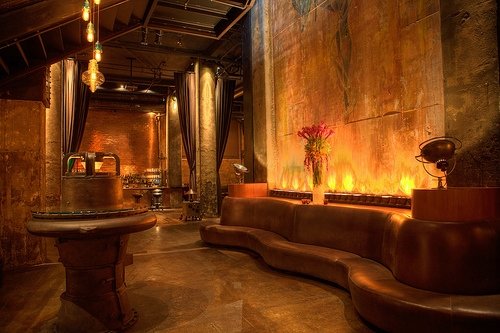 The Edison, the "largest and most impressive" bar on GQ's list. | Photo: The Edison

File this under Jobs We Really, Really Want: “We traveled 34,462 miles and sipped 400 gin fizzes, Manhattans, and Gibsons with one goal—to compile the first ranking of the nation’s best cocktail bars.” So writes Kevin Sintumuang in the October issue of GQ, describing what it took to create the magazine’s list of the 25 Best Cocktail Bars in America.

Sintumuang and the GQ team spent a year visiting 102 bars in twenty one cities, and after the last cocktail had been sipped, Seattle’s Zig Zag Café was named the Best Cocktail Bar in America. With Zig Zag’s “bartender superhero” Murray Stenson winning a Spirited Award for American Bartender of the Year, Seattleites are sure to see more cocktail enthusiasts make pilgrimages to the Emerald City than ever before.

Three Los Angeles bars (Tiki-Ti, Cole’s, The Edison) made the list, while a fourth (La Descarga) was named one of the country’s Best Spirit-Specific Cocktail Bars. Other sidebars in the article include Anatomy of a $15 Cocktail and Best Restaurant Cocktail Bars.

Any “best of” list will inevitably inspire debate, and GQ’s list is no different. As much as I enjoy Cole’s, placing it at #19 and leaving The Varnish off the list is puzzling, especially if one of the reasons is because Cole’s has “small TV screens for Lakers games.” Grub Street San Francisco detects an anti-Sasha Petraske streak running through GQ’s list, which could explain the omission of The Varnish (which he co-owns), as well as Petraske’s seminal New York bars Milk & Honey and Little Branch. And speaking of omissions, how could the list not have one bar from Portland?

I had the pleasure of visiting Angels’ Share and Pegu Club on the same night a few months ago, but naming Angel’s Share as the second best bar in the country seems awfully generous. That said, props to the GQ team for even listing Angel’s Share, an often-overlooked bar considered by many to be the progenitor of New York’s current generation of craft cocktail bars.

I would love to see the spirit-specific sidebar expanded to a few lists that include more bars and spirits, even if that has to be featured online rather than in print. Agave dens like Las Perlas and Mayahuel could then be featured in the same tequila/mezcal bar list, rather than being lumped in with rum-centric venues like La Descarga and Smuggler’s Cove.

And any list of America’s great restaurant cocktail bars has to include Rivera. Mixologist Julian Cox has cut an unbeaten swath through cocktail competitions across the country, and his inventive drinks are among the city’s best, restaurant bar or otherwise.

The upside of GQ’s list is that it reminds me of bars around the country that I’ve been to and have yet to visit. I am really overdue for another trip to San Francisco, especially when Sintumuang mentions “our favorite whiskey drink in the country,” the Alembic’s Vasco de Gama: Buffalo Trace bourbon, masala-spiced apple syrup and Islay scotch.

Sintumuang puts it best in his introduction: “[Cocktails] are the great American invention. And there has never been a better time to drink them than now.” Cheers to all the bars in this year’s list, and here’s hoping that I’ll have a few more checked off by the time the 2011 edition is released!

The October issue of GQ is on newsstands now.