Liquid Fridays at the Buffalo Club 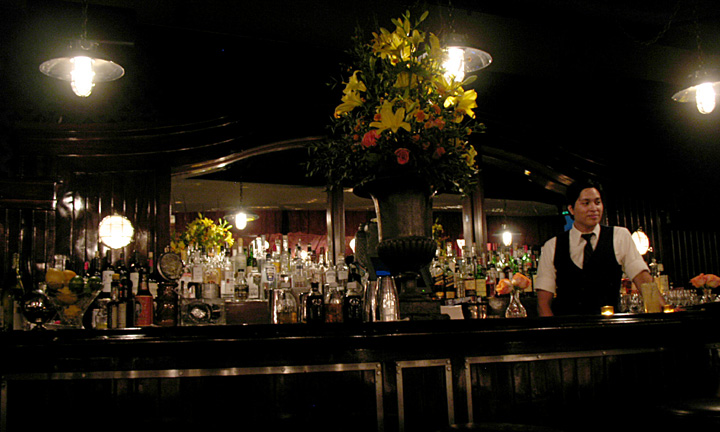 Longtime Santa Monica restaurant The Buffalo Club recently launched Liquid Fridays, a weekly happy hour with a rotating menu of specially-priced cocktails made with a featured spirit. Actually it’s happy hours, since Liquid Fridays runs 6-7pm and 10pm to midnight. The night I stopped by with Caroline on Crack and SocialDomain Co-Founder John Colletti, the specially priced $6 cocktails were all made with Martin Miller’s Gin. Our bartender was Giovanni Martinez, who runs the Bar Program at Buffalo Club and discussed the history of the drinks as he made them for us. We sat in the comfortable, low-lit patio, where festively decorated tables awaited the evening’s celebrations. 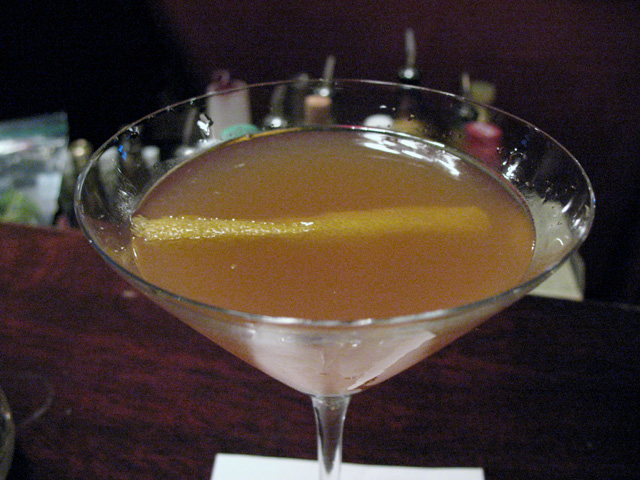 I began with one of my go-to cocktails, a Pegu Club made with Martin Miller’s Westbourne Gin, fresh lime juice, Orange Curaçao, simple syrup, Orange Bitters and Angostura Bitters. A great version of one of my personal faves.

My second round was the Baroness Cocktail, a Buffalo Club Original made with Martin Miller’s Gin, Dolin Blanc Vermouth, Carpano Antica Vermouth, Orange Bitters and Booker’s Bitters. An excellent cocktail that I would definitely order again, Liquid Fridays or not.

A return visit is definitely in order, to enjoy future Liquid Fridays as well as to explore The Buffalo Club’s menu of classic and original cocktails.