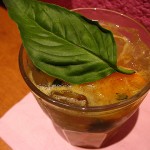 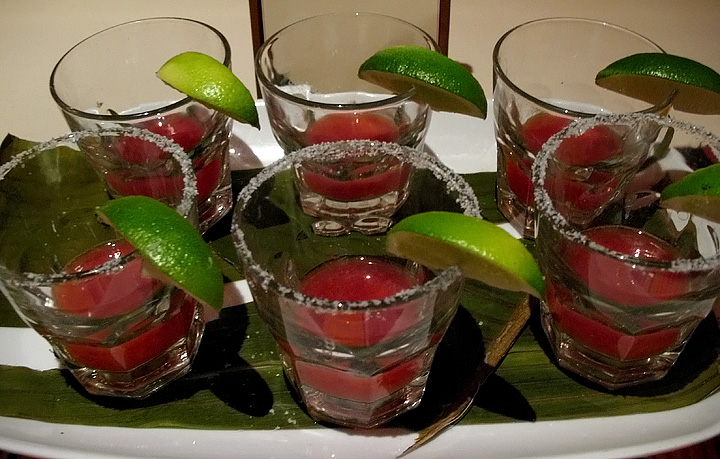 What do Death & Company and frozen margaritas have in common? More than you would think, as it turns out. Proprietors LLC partners David Kaplan and Alex Day (Death & Co.’s co-founder and former bartender, respectively) have created an exclusive cocktail menu for Rosa Mexicano, the upscale Mexican restaurant chain. The new cocktails are already available at all ten Rosa Mexicano locations, including Rosa Mexicano at L.A. Live, where Proprietors LLC presented a hosted tasting event last week. During the intimate two-hour gathering, Kaplan, Day and Jason Berry (Rosa Mexicano’s VP of Operations) answered questions about the new menu, while Day and Devon Tarby prepared a selection of cocktails to order. 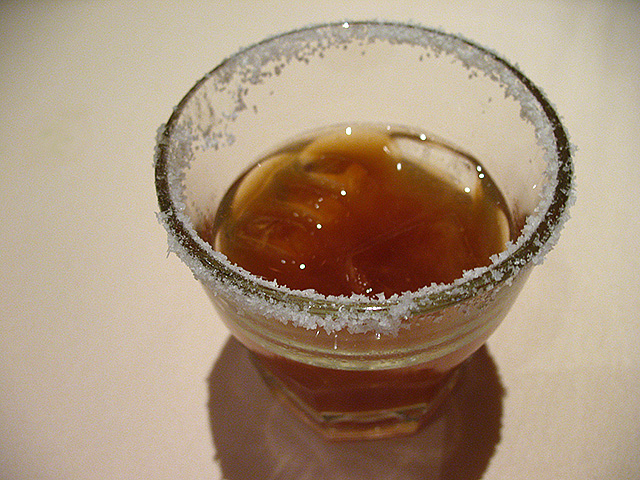 The tasting began with a welcome glass of one of the new Micheladas, the La Sangrita: Negra Modelo and house sangrita, served over ice with a salted rim. The La Sangrita’s savory, spicy bite matched nicely with the chips, salsa and mountain of fresh guacamole that had been set out for us. 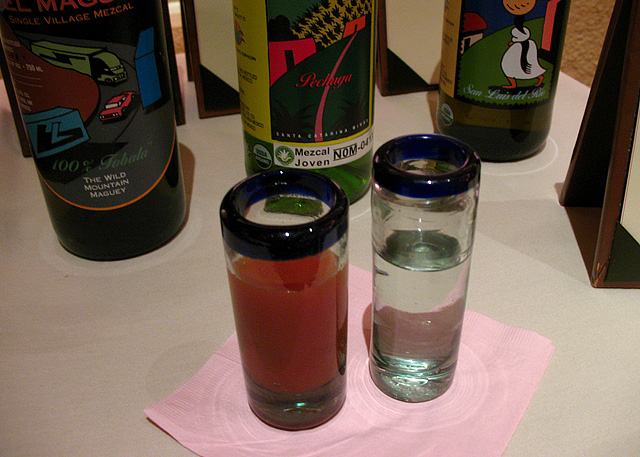 My attention drifted to the trio of Del Maguey mezcal bottles displayed at one table; Kaplan noticed my interest and joined me in a Tobalá and sangrita. Though the spicy palate-cleanser is traditionally paired with tequila, alternating sips of sangrita with the rare, “wild mountain” mezcal was a sublime pleasure. The gray, drizzly weather outside suddenly seemed a world away.

When I asked Kaplan what interested him in working with Rosa Mexicano (which features a frozen pomegranate margarita as its signature cocktail), he said that he saw a unique opportunity. Unlike their revamp and current management role at Bar | Kitchen, Proprietors LLC weren’t brought on board to gut the Rosa Mexicano drink list, which already generates plenty of revenue for the chain. Without any pressure for their new drinks to deliver immediate ROI, Kaplan and Day were given total freedom in developing the cocktails that would be incorporated into the existing Rosa Mexicano menu. 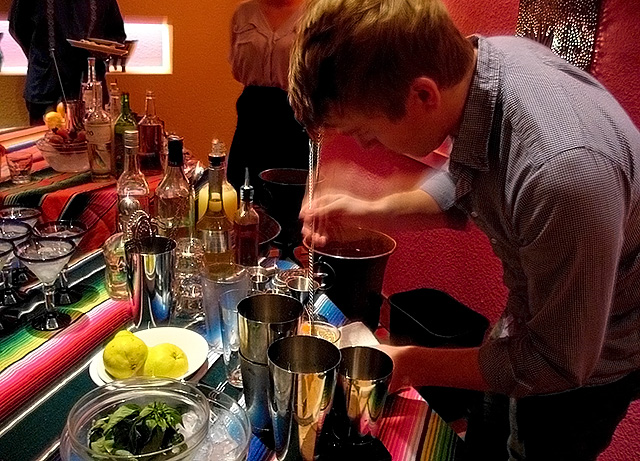 Alex Day stirs one of the new Rosa Mexicano cocktails.

As a fan of Death & Co., Berry was already familiar with Proprietors LLC by the time he was introduced to them through a mutual acquaintance. The collaboration with Kaplan and Day took place over a four-month period that included a few face-to-face meetings and plenty of emails. Berry was particularly impressed with the duo’s willingness to listen to suggestions, a breath of fresh air in a restaurant industry where menu critiques are sometimes taken personally rather than constructively. Berry noted that the relationship between Proprietors LLC and Rosa Mexicano won’t end with the debut of the new cocktails. Kaplan and Day will provide ongoing consultation as needed, such as following up with spirits distributors to ensure ingredients for the cocktails are consistently available.

Kaplan and Day were likewise impressed with the Rosa Mexicano staff, who took copious notes and cellphone pics during training. Which brings up a key question: it’s one thing to have Alex Day or Devon Tarby making great cocktails at a media event, but how will the same drinks taste in Hackensack or National Harbor? Without prompting, Berry addressed this point when he said it will be essential for Rosa Mexicano bartenders to carefully follow the Proprietors LLC recipes, since improper measuring or technique will alter a cocktail’s intended flavor and balance. 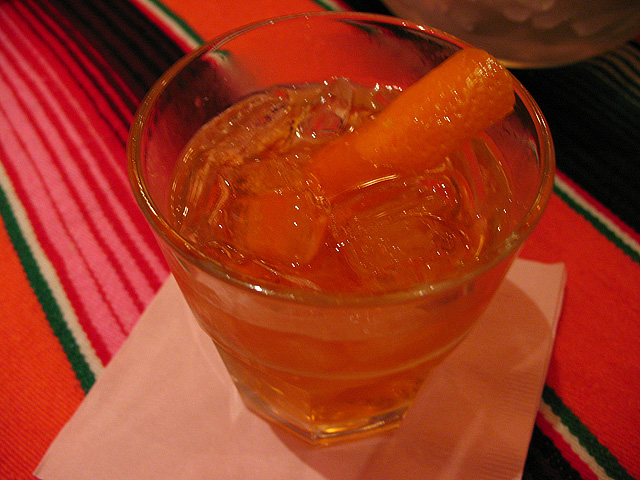 It was time for another round, and Tarby made the La Antigüa, a stirred cocktail made with Tanteo cocoa-infused silver tequila, bitters and an orange twist. This riff on an Old Fashioned is dangerously good, the consensus favorite of the tasting. The La Antigüa is perhaps the simplest of the new cocktails, but it’s complex in its balance of agave, sweet chocolate, spicy jalapeño and citrus. Like the Michelada, it paired well with the passed trays of crab cakes and taquitos. 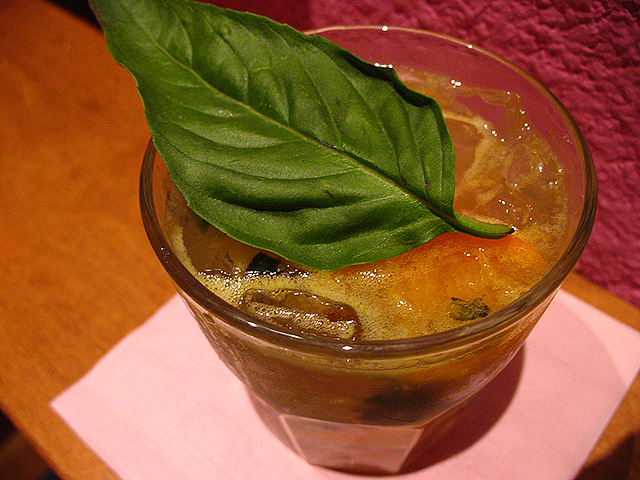 Next up, Day prepared the La Mandarina, a shaken cocktail made with El Jimador silver tequila, freshly-muddled tangerine, fresh basil, fresh lemon and organic agave. The pulpy, refreshing La Mandarina is reminiscent of a Caipirinha, and like its Brazilian counterpart it will see plenty of action when the weather warms up and al fresco drinking is in full effect. 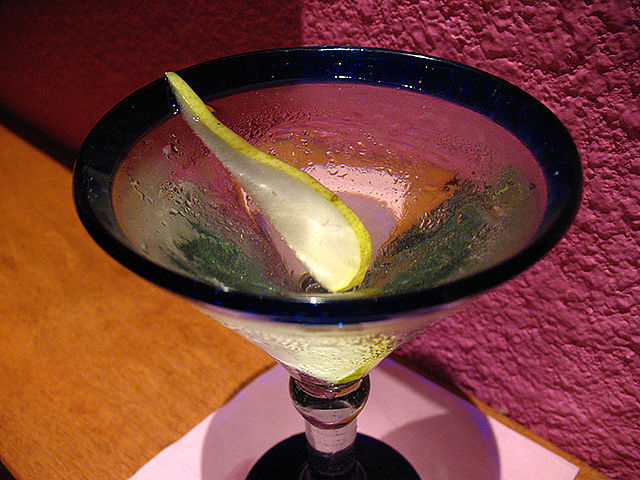 My final drink was another stirred cocktail, the La Pera Noble: Casa Noble Crystal Tequila, bianco vermouth, pear brandy and cinnamon simple syrup. Served up, the Martiniesque La Pera Noble is bright and dry, with hints of pear and cinnamon that offer fruit and sweet notes without being cloying. It was an elegant conclusion to an impressive showcase.

With a sophisticated yet approachable menu of cocktails, David Kaplan and Alex Day have successfully bridged the gap between their craft cocktails and a national restaurant chain. The collaboration between Proprietors LLC and Rosa Mexicano has resulted in a concise list of drinks that should please hardcore cocktail geeks and casual imbibers alike.

Following is the list of cocktails that Proprietors LLC have created for Rosa Mexicano.