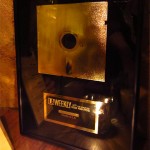 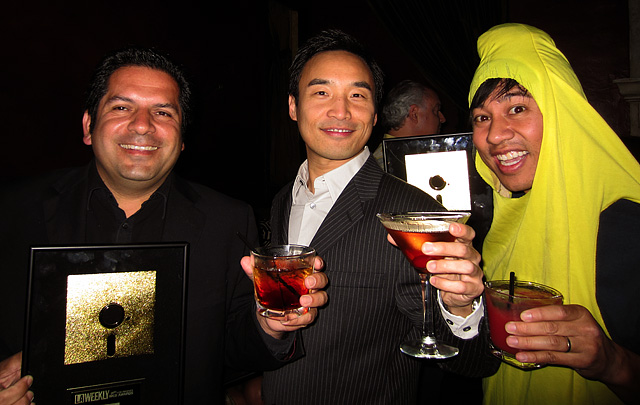 The title of this post says it all: Thirsty in LA was named Best Cocktail Blog by the LA Weekly! Thank you so much to the LA Weekly and everyone who nominated Thirsty in LA for the award. The honor really hit home after I looked at the list of the 2011 Web Awards winners, what a great group. It’s not a cliche, it’s fantastic just to be nominated, especially when there are superb cocktail blogs like RumDood, Looka! and SLOSHED!, all representative of the high quality and deep knowledge that I hope to achieve someday. And covering the cocktail scene wouldn’t be the same without my drinking buddies, so a special shout out to Caroline on Crack, e*star LA, The Savory Hunter and Lush Angeles! 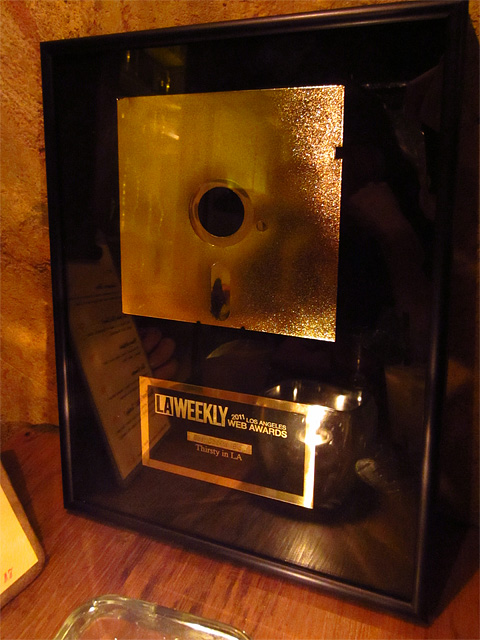 The Best Cocktail Blog Award in its native habitat.

Not only did the Weekly honor us with the awards, they even hosted a great party at Bardot last night for all the winners! As fun as it was to hang out with Street Gourmet LA and Starry Kitchen, it wouldn’t be an award ceremony without an after party, right? With that in mind, Bill and I made the short trip east to Harvard & Stone to have a few drinks and show off our shiny new awards. First stop was the main bar, where the awesome Mia Sarazen made us a couple of congratulatory cocktails. How awesome is she? Without any prompting, she presented me with my all-time fave, a rye Manhattan. Commence swooning.

Matt Wallace was in the R&D Bar, featuring his “Ode to Hunter S. Thompson” cocktails. My attorney advised me to start with The Great Red Shark: Wild Turkey 101, lemon and grapefruit juice, sugar and acid (phosphate). 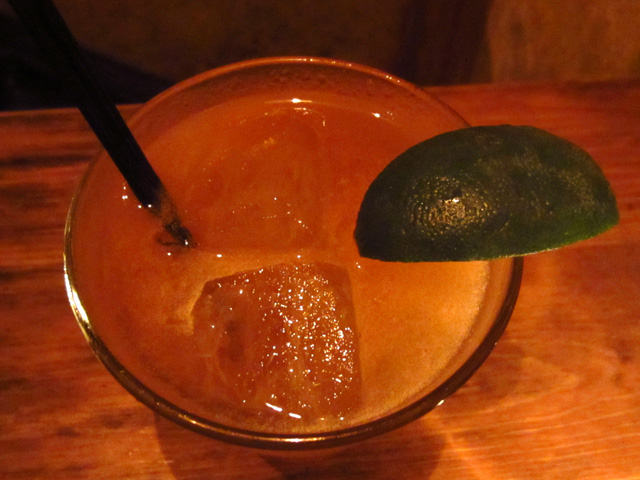 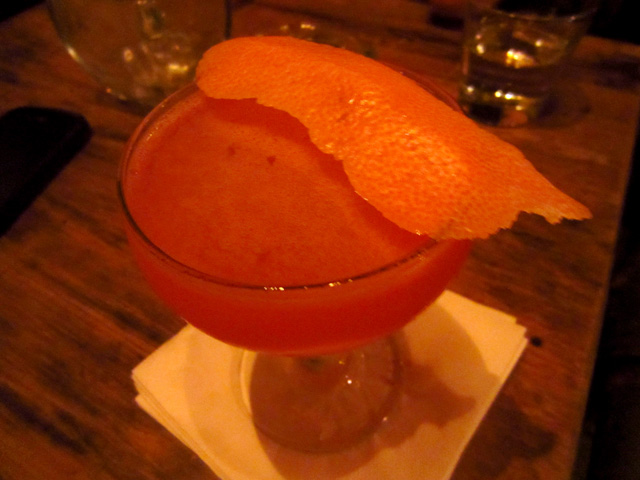 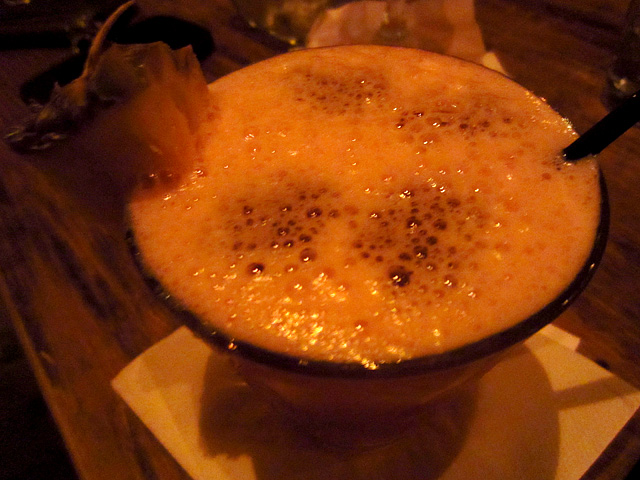 Singapore Sling (and a shot of mezcal)

Sadly there were no mescaline floats to be found, but Wallace had the next best thing: “We had actually been sitting there in the Polo Lounge — for many hours — drinking Singapore Slings with mescal on the side…”

And who should stop by the R&D Bar but three of L.A.’s finest: Aidan Demarest, Marcos Tello and Naomi Schimek! Of course, there wouldn’t be a Thirsty in LA without all of the bartenders, bars, restaurants and spirits to write about. So a final tip of the hat to everyone at The Sporting Life, a wonderful community of bartenders and cocktail enthusiasts that has grown by leaps and bounds, hand in hand with the rise of the Los Angeles cocktail scene.

Caña GM Allan Katz composed a special toast for my two-year blogiversary party, and I think it’s an appropriate way to close this post:

~A Pledge to the Bar Rag~
Whether bartender or imbiber; shaker or typer, let us each toast the spirit of the world’s greatest fighters, the men and the women dedicated to making souls brighter. So let’s raise ‘em high and make this an all-nighter!