Looking Back at Art Beyond the Glass

The following recap of Art Beyond the Glass is a guest post by Lindsay Nader. Lindsay is a bartender, founder of N.A.D.E.R., co-founder of Elysium Craft Cocktail Services, and writes a column for Los Angeles Magazine. She also created one of the standout cocktails (an Auchentoshan strawberry float called the Awesome Possum) and performed a rap at ABTG.

A version of this article originally appeared in CLASS Magazine. 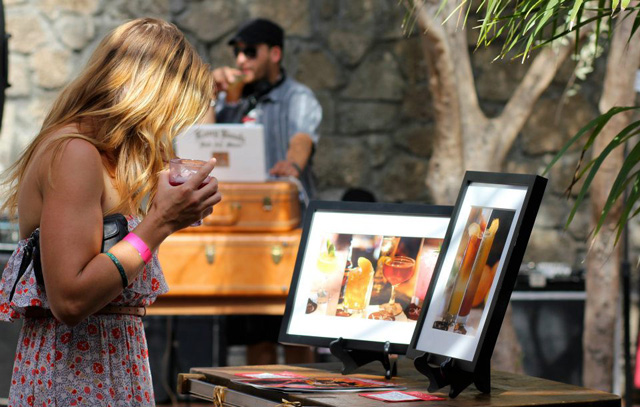 “Like many great things, it all started with a conversation in a bar.” Those were the words of Daniel Djang, author of the cocktail culture blog Thirsty in LA, when asked how Art Beyond The Glass, a charity event featuring bartenders and their artistic ambitions, came into being. Djang, along with Zahra Bates (bar manager at Providence) realized that not only are Los Angeles bartenders some of the most talented and creative in the country, but they also express themselves artistically through many other mediums. 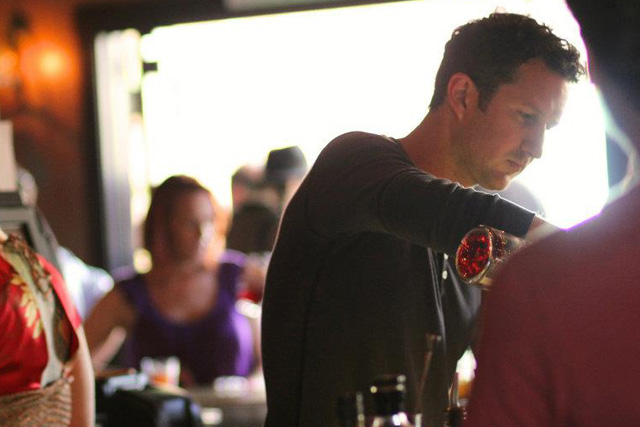 Bates explains the ah-ha! moment: “The place was Sunny Spot in Venice, the bartender was Brian Butler, the drinks were rum based and the conversation revealed Brian to be an artist who had studied at Otis College of Art and Design.”

Bates and Djang assembled a staggering list of bartenders who are performers, visual artists, photographers, musicians and writers and decided to create a showcase that would celebrate these artists, as well as raise money for the arts education institution Inner-City Arts, located in Downtown LA’s Skid Row. 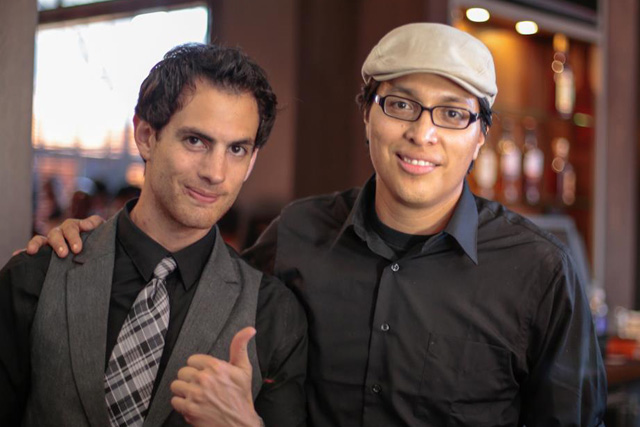 Giovanni Martinez, the man behind the bar program at Sadie Kitchen & Lounge in Hollywood, offered his venue to house the showcase, which went off without a hitch on Sunday, June 17th.

Performers included Mad Planet (an all-bartender band featuring Cooper Gillespie of The Thirsty Crow), the soft croonings of Laura Lindsay of Providence, the soulful duo of Erik Trickett (roe.) and his sister Lauren, and a magic showcase by Josh Lucas (The Writer’s Room and The Magic Castle).

DJs on the patio included Naomi Schimek and Diana Gettinger of The Spare Room, and Allan Katz of Caña Rum Bar. 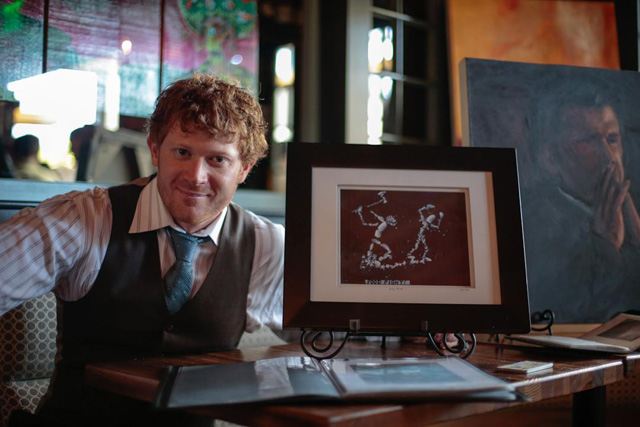 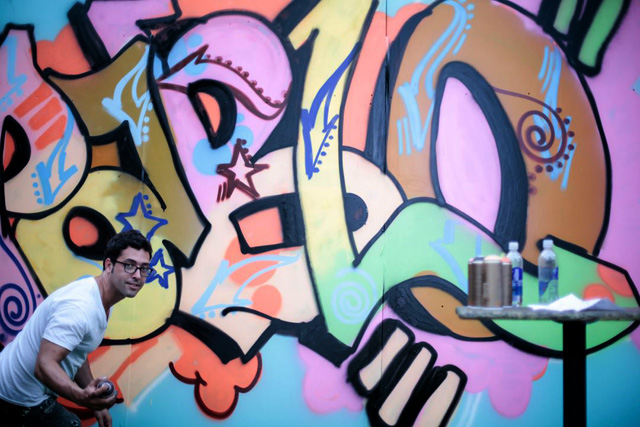 For a mix of performance and art, there was live graffiti art by Pablo Moix (La Descarga, Harvard & Stone, Pour Vous). 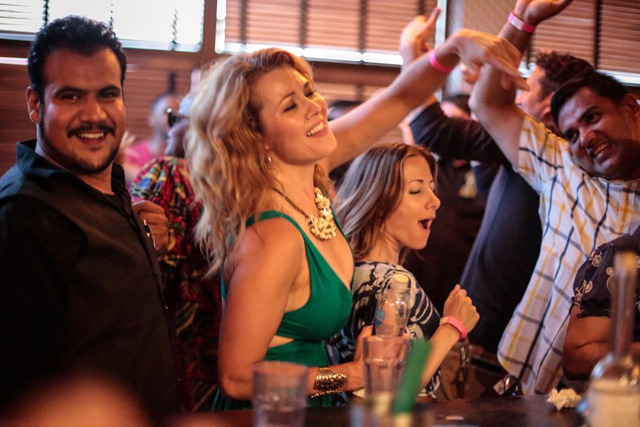 Party in the Parlour! | Photo by Tatsu Oiye

Guests were smiling and dancing with drinks in hand as the event turned into a full fledged dance party, thanks to the bartender/DJ duo of Steve Livigni and Davidson Fernie (aka DJ Char Donnay and DJ Stepdad) both of the French concept bar Pour Vous.

The event was followed by an outpouring of positive tweets and Facebook posts like “Never danced so much in my life!” and “Excellent event, all around blast!”

With over $6000 raised for Inner-City Arts and exceeding their internal fundraising goal by a wide margin, Djang and Bates plan to make Art Beyond The Glass an annual event with the possibility of extending its reach to other major cities.

But the quote that best describes the truly monumental undertaking and success that is Art Beyond The Glass would have to be: