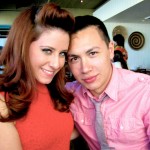 As it did in the wake of Hurricane Sandy, the Los Angeles hospitality community is stepping up once again to help a city in need. On Saturday, April 27th, dozens of bars and restaurants are participating in LA Drinks 2 Boston, with proceeds from sales of food and drink specials going to The One Fund, created by Massachusetts Governor Deval Patrick and Boston Mayor Tom Menino “to help the people most affected by the tragic events that occurred in Boston on April 15, 2013.” Over $25 million has been donated to The One Fund as this post goes live. The current list of LA Drinks 2 Boston participants and specials is being updated on the event’s Facebook page, and is also compiled on this Google Map. 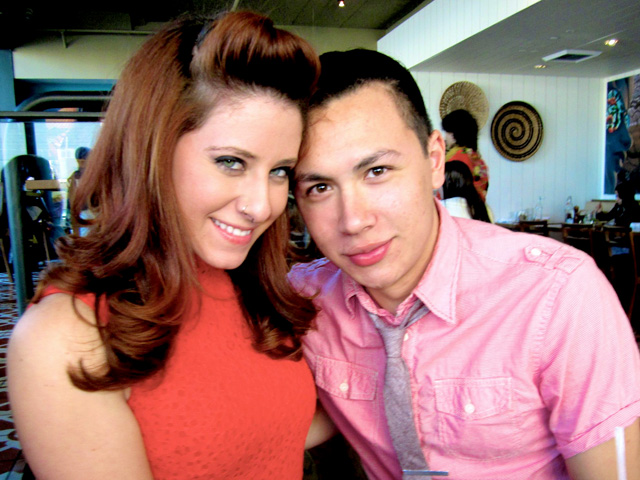 Of course, the fundraising efforts for Beantown won’t end on Saturday. LA Hearts Boston is taking place on Monday, April 29th, featuring Karen Grill and Chris Amirault behind the stick in the R&D Bar at Harvard & Stone. Proceeds likewise benefit The One Fund. Grill is currently the Beer Program Director and bartender at Bestia. She’s a craft beer consultant for Julian Cox as well as a few other projects in Los Angeles, and is studying to become a Cicerone this year. Amirault hails from Lynn (“the city of sin”), Massachusetts and “wadded around in that dirty water for 18 years before landing in Los Angeles.” Under Cox’s tutelage, Amirault opened Messhall in September 2012 and is currently a bartender at Eveleigh.

Grill and Amirault shared their thoughts about Boston, how LA Hearts Boston came to be, and what they have in store for guests on Monday night.

Chris Amirault: “Boston is a wonderfully dysfunctional family with too many kids. We fight because we are stubborn, hard-nosed, and unafraid to be vocal. But we are a hard-working bunch that are loyal to a T. Family is the most important thing to us. That’s what this tragedy showed. You go after one of us, you will see how quickly we all come running. That’s my town, that’s what I take with me everywhere I go.”

Karen Grill: “So, here it is. My dirty little secret. I was actually raised on the Jersey shore. I moved to Boston when I was 18 and fell in love with the city. My older brother went to Berklee College of Music and while I was still in high school, I would visit him every month before I made the move myself to go to Emerson College. I fell in love with the city right away and it quickly became home to me.” 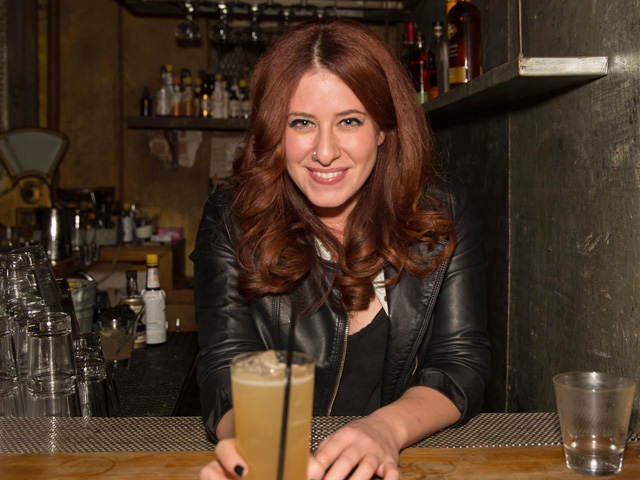 Karen Grill in the R&D Bar | Photo by Tatsu Oiye

KG: “The morning of the Boston Marathon, I specifically remember mentioning to my roommates that ‘Marathon Monday’ was better than any snow day when you were a kid. The whole city is out and about and it’s playtime for everyone, especially the college students in the area. Then I got a phone call from my uncle and told me to turn on CNN. I was devastated.”

“Chris and I saw the replay of the blasts and felt so helpless. Our friends and family were experiencing terror and we were 3,000 miles away from them. We decided right away that we needed to do something and knew that our community would be there to support us.” 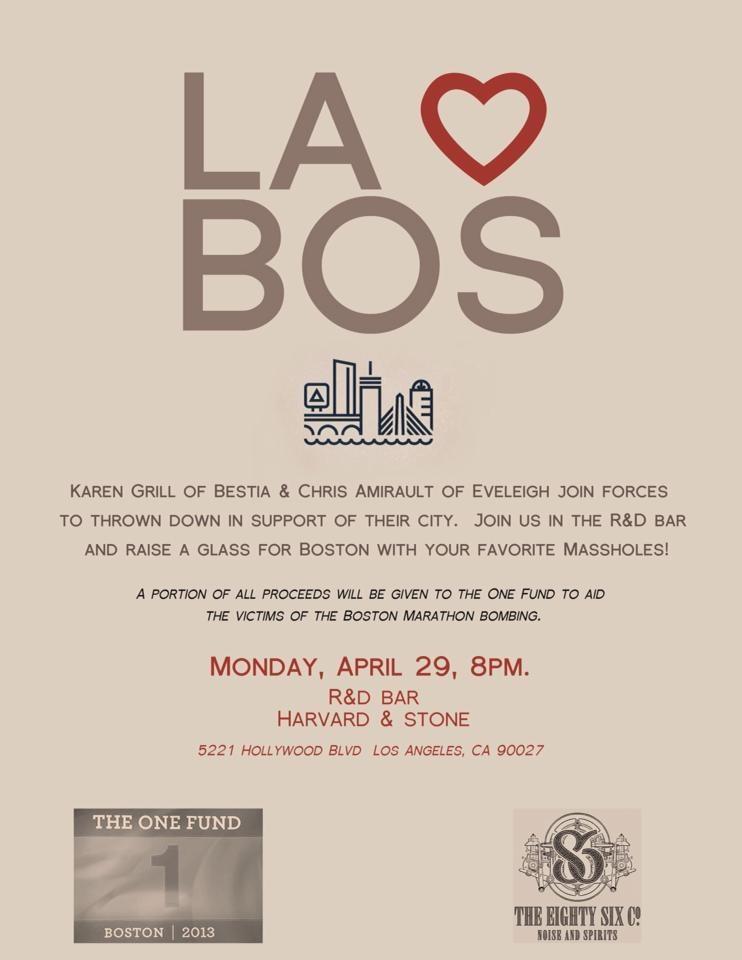 KG: “Thanks to Simon Ford and Dushan Zaric of The 86 Co., Louis Anderman of Miracle Mile Bitters and some other special surprise contributors, we have put together a list of cocktails inspired by our love of Boston sports and the culture of its neighborhoods. Expect some really interesting syrups, punny cocktail names and references to Marky Mark on Monday. (If anyone knows how to get in touch with Mr. Wahlberg, tell him to come have a cocktail with us, and be sure to say hello to his mother for us!)”