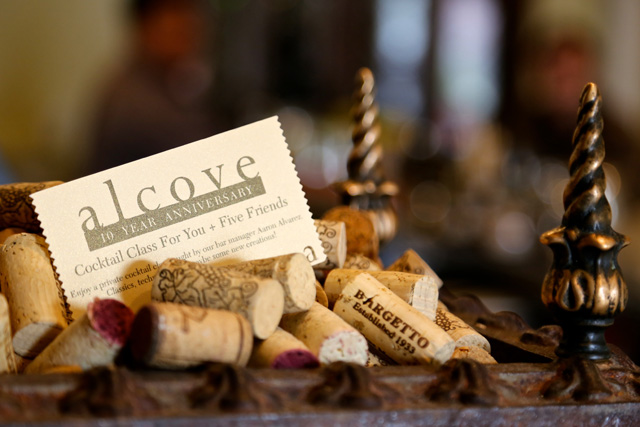 Los Feliz stalwart Alcove Café – home to the stellar Big Bar – is celebrating its 10-year anniversary in a big way. From Monday, July 14 to Wednesday, July 23, 2014, Alcove Café presents “10 Days of Alcove,” featuring 10 prizes ranging from “Simple & Sweet” (coffee and cake for two) to a “Drinks On Me” Hero Pass (a round of cocktails for you and three friends) and a “Guest of Honor” night for two at its popular outdoor movie series, Dinner and a Movie.

Alcove is giving away two Grand Prizes: a private cocktail class for six with Big Bar manager, Aaron Alvarez, and a private event for 10 in the Alcove Cottage, featuring dinner, cocktails and dessert. Fellow imbibers, this prize is for you: one lucky winner will be immortalized as a Featured Cocktail. The Big Bar crew will create a cocktail based on your favorite spirit(s), personality and backstory. Best of all, the prizes are being awarded with Golden Tickets, which will be hidden in cocktail napkins, food napkins and of course, Alcove Chocolate bars. 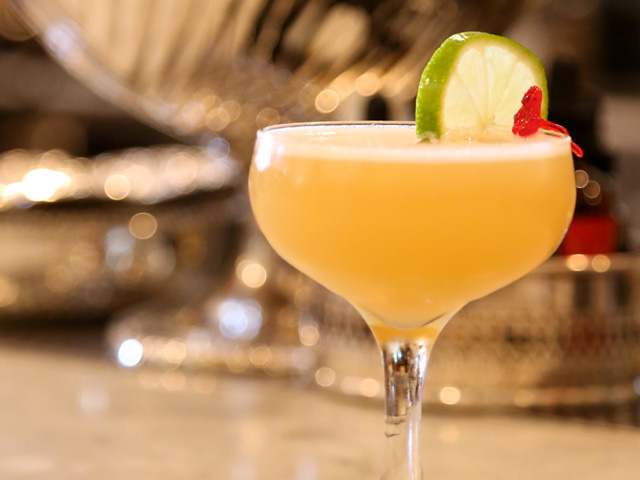 Alcove’s anniversary festivities coincide with the launch of the Big Bar Summer Cocktail Menu, the first drink list since Aaron Alvarez took the helm. Big Bar gets into the spirit of the season with drinks like Don’s Treehouse, made with a “secret blend of rums,” lime juice, almond, vanilla, and grapefruit. 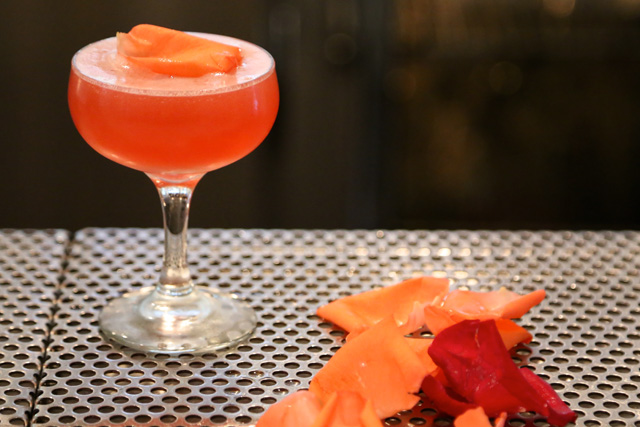 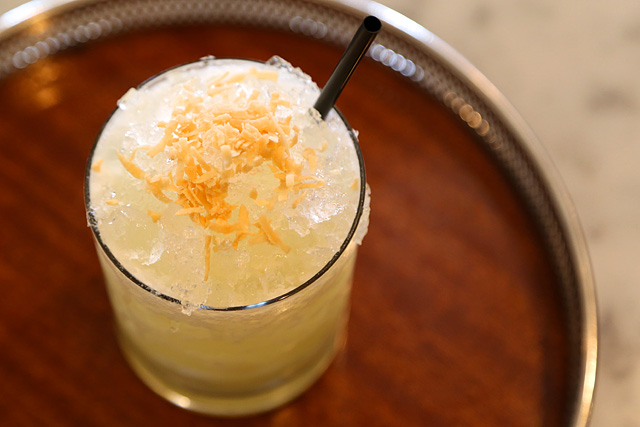 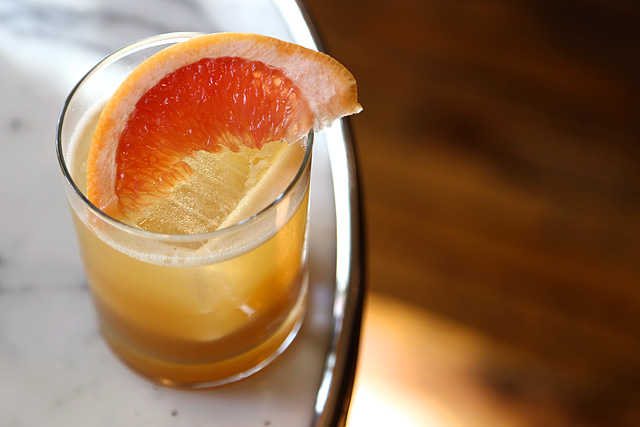