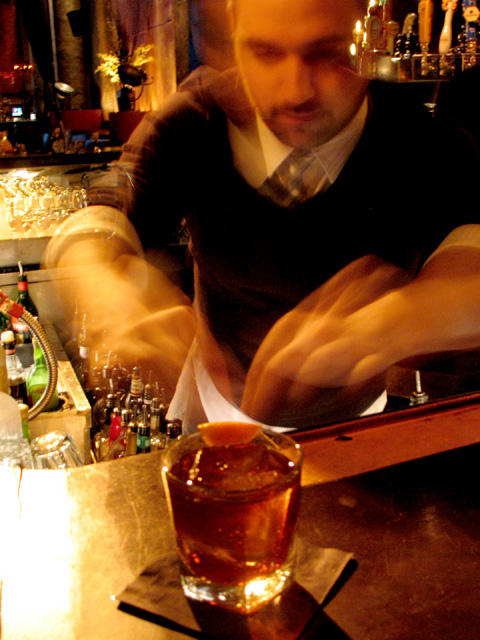 The Radio Room has updated its format for this edition. Each guest mixologist will be stationed in individual serving areas, and will offer only their own specialty cocktails. Drink tickets for the visiting bartenders will be sold to guests at ticket locations or can be bought from servers. This new format is intended to give guests a more personal experience with each visiting bartender. Edison staff will serve all other cocktails, food and beverages.

Speaking of food, the Radio Room will feature “Meroir: A Sense of the Sea,” from Matre Ecailler Christophe Happillon (The Oyster Gourmet). The evening’s specials will include freshly shucked oysters and crab claws. 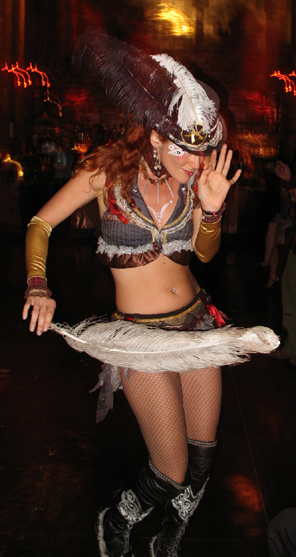 Entertainment will be provided by Portland’s March Fourth Marching Band, “a charismatic big band spectacular that takes audiences on a musical journey around the globe.” I saw them perform at last September’s Radio Room, and they were fantastic. March Fourth’s eclectic mix of funk, big band, jazz, gypsy and other music genres, along with sensual dancers and stilt walkers, blew the roof off the Edison.

See the Press Preview recap below for notes on the Radio Room cocktails. 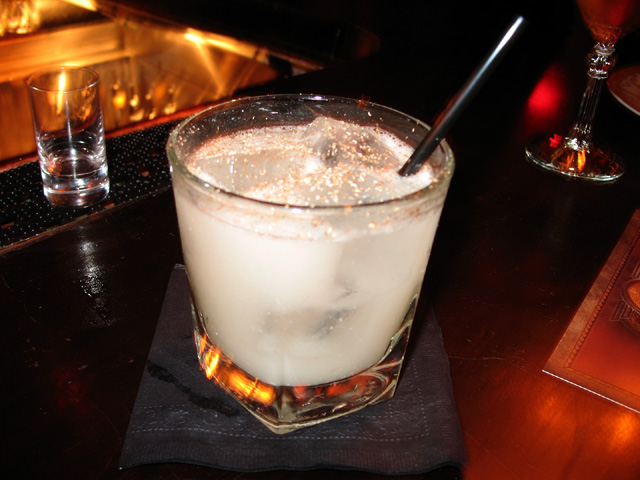 PRESS PREVIEW EVENT
Last night, the media was invited by Dan Cox PR to a special Radio Room sneak preview event. After checking in, I made my way downstairs and joined Esther (e*star LA), Maya (ShopEatSleep), and H.C. (L.A. & O.C. Foodventures) at the bar along with many more familiar faces. The big topic of discussion was the press release we received: The Edison is opening a second venue in New York! Details on the new location in Manhattan are being finalized. Edison owner Andrew Meieran expects The Edison New York to debut in about 18 months, with a design that will “build upon architectural artifacts in the new location,” just as the original Edison did here in Los Angeles. After that bit of exciting news, we were ready for our cocktails.

Our first guest mixologist was Giuseppe Gonzalez, who mixed his Infante (Casa Noble tequila, lime, orgeat, orange blossom water, freshly grated nutmeg) for Esther and Maya, while H.C. and I had the Wild Orchid (Beefeater gin, orgeat, St. Germain elderflower, and a red wine float). Both cocktails are featured at Dutch Kills in New York. As he mixed our drinks, Giuseppe talked a bit about Painkiller, the tiki bar he’s opening soon in New York’s Lower East Side. If nothing else, the interior design should be interesting: a mashup of tiki culture and New York in the ’70s.

Giuseppe informed us that normally the Wild Orchid is made with crushed ice, while the Radio Room version called for a red wine float to simulate the layering. It was certainly refreshing and a great way to start the night. He also told us the Infante is the bar’s best-selling tequila cocktail, and after taking a sip it’s easy to see why. 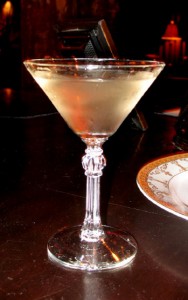 The Rite of Spring

As we sipped Giuseppe’s cocktails and nibbled on crab claws, we were also offered a cocktail from Don Lee of Momofuku, New York. The Southern California expat, who runs the spirits program for Momofuku Ssäm Bar, came on strong with the Rite of Spring, a fresh, seasonal twist on the classic Gibson. For his variation, Don infused Absolut 100 with onions, Korean peppers, and rice vinegar. The result was overpowering; the onion aroma hit me well before I took a sip. The spice and vinegar were there as well, but didn’t have a chance against the onion.

We thought maybe a different spirit (gin, for starters) would hold up better in the infusion. Don told us later that, because others had used gin, whiskey etc., he had to vary the base spirit and use Absolut. It’s too bad, because I actually like the concept and I think the potential is there for something really good. We even tried tasting the Rite of Spring with different food, such as the crab and oysters on the half shell. This improved the experience somewhat, but it still didn’t quite work for me. That said, I found out later that other guests really liked it. 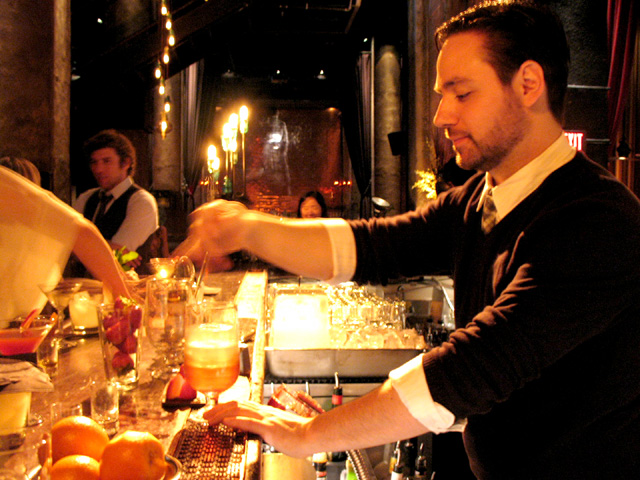 Next up was Zane Harris, co-owner of Seattle’s Rob Roy, and (according to his bio) voted by his fellow bartenders as “most likely to survive the Zombiepocalypse.” Alas, I didn’t get to ask him about this last night, so Zane’s mysterious survival skills will have to await further investigation. One thing is certain, though; Zane mixed my favorite cocktails of the night. For me the standout was the Vieux Cerde, made with Jameson 12 year old Irish whiskey, VSOP Cognac, a light drizzle of Elisir M.P. Roux, and bitters. It’s a superb, balanced cocktail with complexity and depth. The whiskey is highlighted, rounded by the cognac, enhanced by the liqueur and the bitters.

Esther really enjoyed her Globo Rojo #2 (mezcal, strawberries, tawny port, bitters). As with the Vieux Cerde, the Globo Rojo was an excellent balance, in this case between smoke and sweet, with deeper flavors provided by the port and bitters. 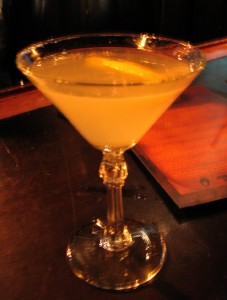 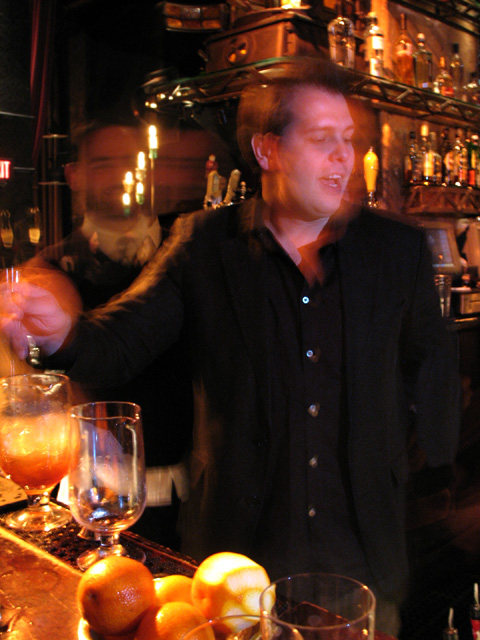 Our final drink was the Good Morning, Vietnam from Simon Ford, Director of Brand Education and Trade Outreach for Pernod Ricard USA. His “breakfast of champions” is made with gin, ginger, orange marmalade, and lemon juice. It was hard to discern the ginger, but the sweet citrus of the marmalade and the tart lemon played well with the aromatics of the gin. Simon’s cocktail was the perfect way to end our Radio Room session. And if we ever take Simon’s suggestion, his drink could make for a very interesting way to start the day, as well.