Run for the Roses, Reach for the Bourbon

“Then comes the zenith of man’s pleasure. Then comes the julep – the mint julep. Who has not tasted one has lived in vain. The honey of Hymettus brought no such solace to the soul; the nectar of the Gods is tame beside it. It is the very dream of drinks, the vision of sweet quaffings.” ~Joshua Soule Smith

The opening quote is from an ode to the Mint Julep written by Smith, a Kentucky Colonel and Lexington Herald journalist, back in the 1890s. And nowhere will his prose resonate more than this Saturday at the 136th running of the Kentucky Derby. The mint julep has been the official cocktail of the Derby since 1938, and for more than 18 years, the Early Times Mint Julep has been designated “The Official Mint Julep of the Kentucky Derby.” The Derby website says that 120,000 mint juleps will be served at Churchill Downs over the weekend, and includes this recipe: 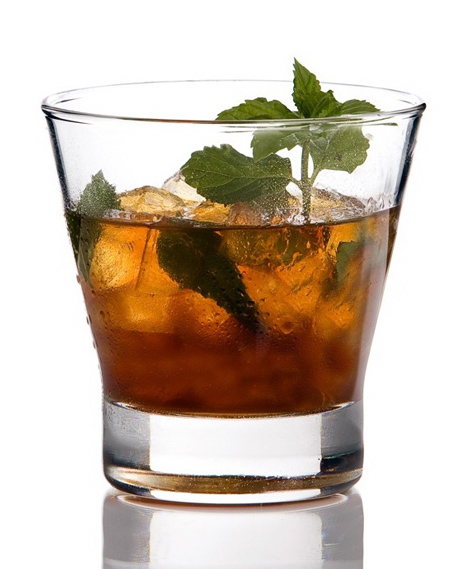 The 56 Julep
Of course, there are plenty of variations on the mint julep, such as this one from Jimmy Russell, the Master Distiller at Wild Turkey. He calls it the 56 Julep, named for the “56 Derbies under his belt.” Russell uses the higher proof Wild Turkey 101 for a spicier julep with a kick.

The Maker’s Mark Perfect Mint Julep
(Serves 4 to 6 people)
Now, any recipe that measures bourbon by the liter is fine by me, as in this rather elaborate one from the folks at Maker’s Mark. Since Maker’s Mark is made from soft red winter wheat instead of rye, this version of the mint julep will be smooth and on the sweeter side. Just remember to share it with a few others.

In the following clip, Chris McMillian (co-founder of the Museum of the American Cocktail) talks about the mint julep’s history. Then he mixes one as he did for years, in the Library Lounge at the Ritz-Carlton, New Orleans, while reciting from Smith’s ode.

Wherever you watch “The Most Exciting Two Minutes in Sports,” hopefully you’ll be somewhere enjoying your mint julep, as in Smith’s closing words: “Sip it and dream, it is a dream itself…Sip it and say there is no solace for the soul, no tonic for the body like Old Bourbon whiskey.”