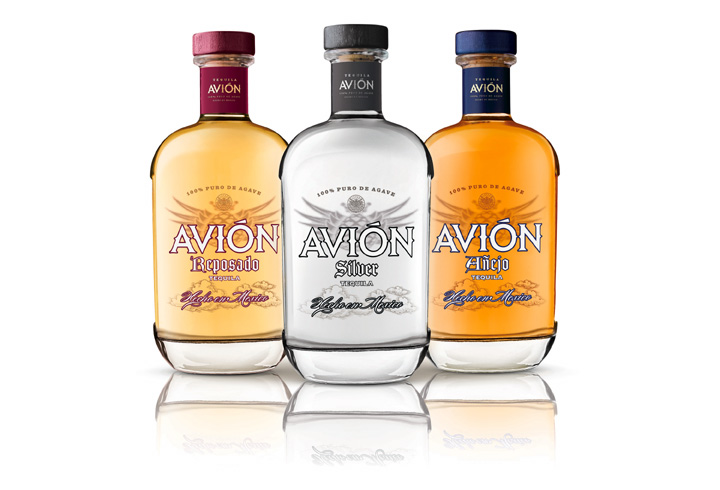 Many spirits enthusiasts are on a never-ending quest for a brand that not only becomes a go-to bottle, but one that also embodies a personal concept of distilled perfection. However, few have the ambition or resources to actually create that spirit. Ken Austin, a former executive at Seagram and founding member of Marquis Jet, has been looking for his ideal tequila for two decades. “Over the years, close friends and business associates who were also passionate about tequila have joined me in this pursuit,” said Austin. “We came to realize that if we wanted (a tequila that balanced) exceptional taste, character and smoothness, we would have to create it ourselves.” Austin partnered with Kenny Dichter, Chairman and CEO of Marquis Jet, and together they founded Tequila Avión, an ultra premium brand launching today in California and New York.

Last week I had the opportunity to meet with Jenna Fagnan, the recently-appointed President of Tequila Avión and a veteran of the wine and spirits industries. Fagnan’s wealth of experience includes several years as Managing Director of Dom Pérignon. Her enthusiasm for Tequila Avión was readily apparent, and despite the short time window I was able to taste through the Avión range of Silver, Reposado and Añejo expressions.

As she pulled out each of the bottles, Fagnan walked me through the Tequila Avión creation process, which begins with fifth generation growers producing Blue Weber agave, found in the highest elevations of Jalisco, Mexico. The agave plants in this region are renowned for their rich mineral content and distinct quality and character, and as a result are the most coveted for tequila production. The agave is slow-roasted at low temperatures, which produces a richer flavor. For its small batch distillation, Avión uses pot stills with copper coils rather than stainless steel. Avión’s proprietary, “ultra-slow filtration” process (which Fagnan noted takes ten times longer than traditional methods) yields a remarkably smooth tequila, as I’d soon find out.

The handsome 750ml bottles were designed by Kevin Shaw (Stranger & Stranger), who has also created the packaging design for Kraken Black Spiced Rum and Solerno Blood Orange Liqueur, among many others. The bottle design takes its cues from the Avión brand name (which means “airplane” in Spanish and French) and also references Marquis Jet. A stylized, winged agave heart adorns the body of the bottle, while on the sides the embossed words Salida and Llegada (Spanish for “Departure” and “Arrival,” respectively) represent the spirited journey as well as help with holding the bottle while pouring. A final design touch is Elevado (“Elevated”) on the bottle stopper, a nod to Avión’s tagline, “Taste Elevated.”

Overall, I found the Tequila Avión range to be an outstanding, strong entry in the ultra premium category. All three expressions are excellent, each with a notable smoothness that should win over those who have previously shied away from tequila. I’m looking forward to exploring Avión more in depth in the near future.

PRICING
Suggested retail prices (which vary by state) are as follows:

In California, Tequila Avión is distributed by Young’s Market Company and should be available beginning this holiday weekend.

Update 7/5: According to the Tequila Avión Facebook page, stores have reported that initial shipments have sold out. New product is expected to arrive beginning Tuesday, July 6th.