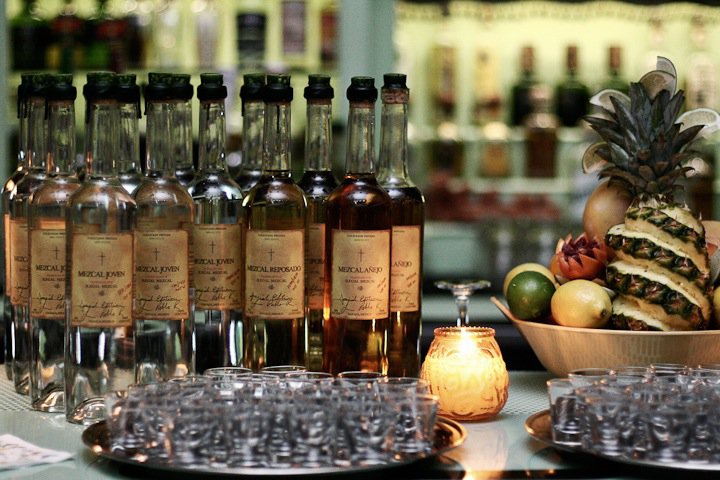 With its ancient distilling methods and complex, earthy flavor profile, mezcal captures the hearts and palates of a growing number of admirers with every sip.  Founded in 2007 and now available in the U.S., Ilegal Mezcal was introduced last month to an eager group of mezcal enthusiasts at Las Perlas, the downtown L.A. agave den that opened in March. The packed launch event was hosted by Stephen Myers (Ilegal partner and Global Brand Ambassador) and Todd Richman, a Brand Ambassador for Frederick Wildman and Sons who reps Ilegal and Chartreuse. Providing support was Lindsey Johnson (Lush Life Productions), in town between her seemingly nonstop trips around the country. Among the guests were fellow bloggers Food GPS, Lush Angeles, MicroLiquor, Savory Hunter, Street Gourmet LA, and the Mezcal Muse herself, Bricia Lopez. 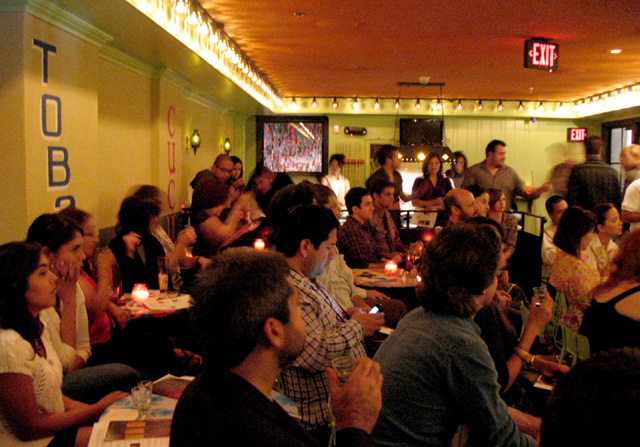 The crowd is ready to taste Ilegal Mezcal at Las Perlas.

The event began with a welcome from Las Perlas GM Raul Yrastorza, who noted that this was the first tasting event hosted at Las Perlas. He extolled the virtures of mezcal, thanked us for coming, and handed off to Richman, who recounted the first time he met Myers. This encounter took place late one night (or is that early one morning?) on the rooftop of the Hotel Monteleone, during Tales of the Cocktail. He gave Myers some Chartreuse VEP, and in turn Myers gave Richman a sip of Ilegal. Richman was hooked and immediately wanted to be involved with the nascent brand. 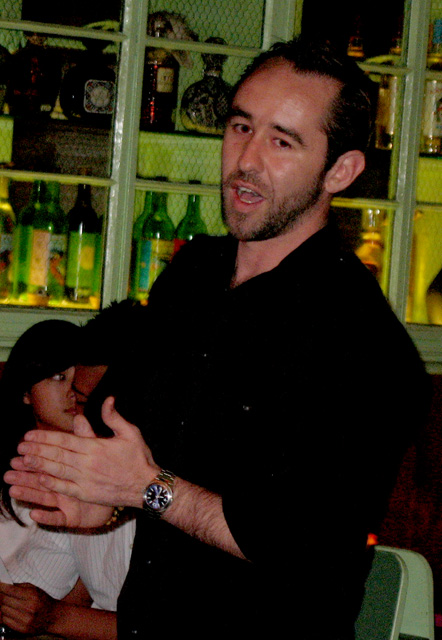 Myers started his presentation with the story of how he met John Rexer, his partner at Ilegal Mezcal. While doing nonprofit work in Latin America, Myers was unexpectedly thrust into a financial situation that necessitated a bartending gig at Café No Sé, Rexer’s bohemian dive in Antigua, Guatemala. What began with Rexer’s desire to share his passion for mezcal with customers soon became something much bigger. Rexer and Myers stocked the speakeasy-style mezcal bar, hidden behind the door of a vintage refrigerator, by transporting mezcal across the border from Oaxaca through “creative” means that included everything from simply hiding it in bags to something about “dressing up as priests” and river rafts. The Ilegal brand is named as a nod to those cross-border smuggling adventures.

Customer demand for mezcal soon eclipsed that for tequila, and when bar patrons began asking for bottles to take home, Myers and Rexer knew it was time to explore the idea of creating their own mezcal brand. From their extensive travels throughout Oaxaca they established a relationship with a fourth generation producer from the village of Tlacolula, and Ilegal Mezcal was born.

Before initiating the mezcal tasting, Myers briefly described the handcrafted distilling process. Ilegal Mezcal is made from the hearts of mature agave espadin, which is baked in an earthen pit, stone ground to a pulp, and left to naturally ferment. It’s then twice-distilled in small batches, and filtered once. Myers emphasized the artisanal aspect of everything in the Ilegal approach, from the harvesting of the agave to the handmade bottles, which feature wax tops and signed and individually numbered parchment labels.

Although Ilegal had already been certified for export by COMERCAM (Mexico’s regulatory council for mezcal), its name, which means “illegal” in Spanish, lead to problems with the TTB, the U.S. agency which must approve spirits labels for import. Eventually Ilegal was given the go-ahead, and it’s now available in California, New York and a number of selected U.S. markets. Locally, Ilegal is served at Las Perlas and the Tar Pit, and is available at Bristol Farms. 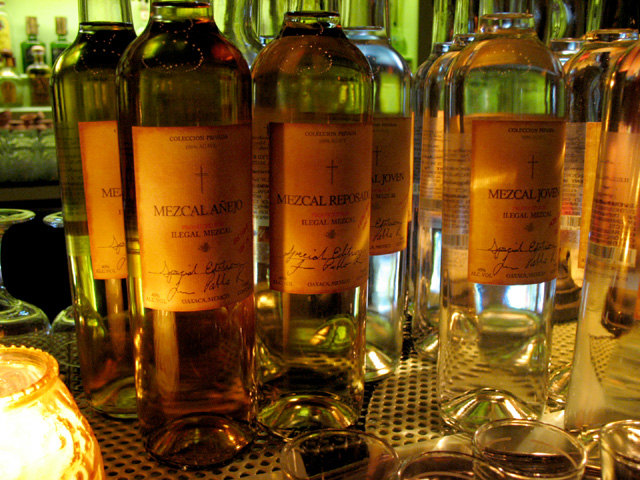 In a refreshing change from the norm, Myers said that he assumed everyone knew proper tasting technique and proceeded to lead us through the Ilegal range. 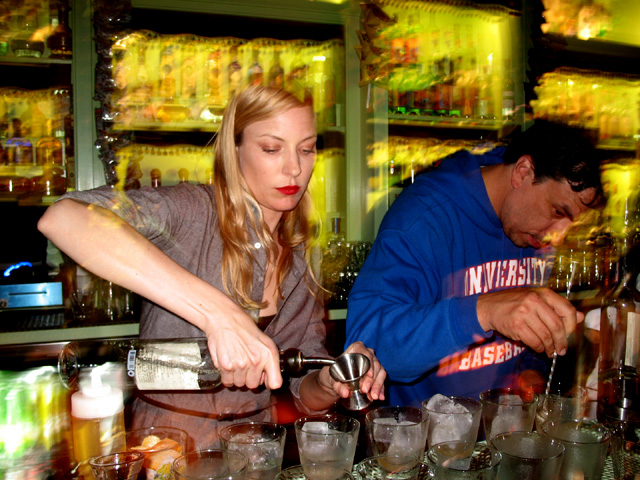 After tasting through the three expressions, guests enjoyed cocktails mixed by Yrastorza and Las Perlas bartender Heather Steere. Among these libations was the Oaxacan Old-Fashioned, a superb drink created by Phil Ward (Mayahuel) that includes mezcal, reposado tequila, agave nectar and Angostura bitters. 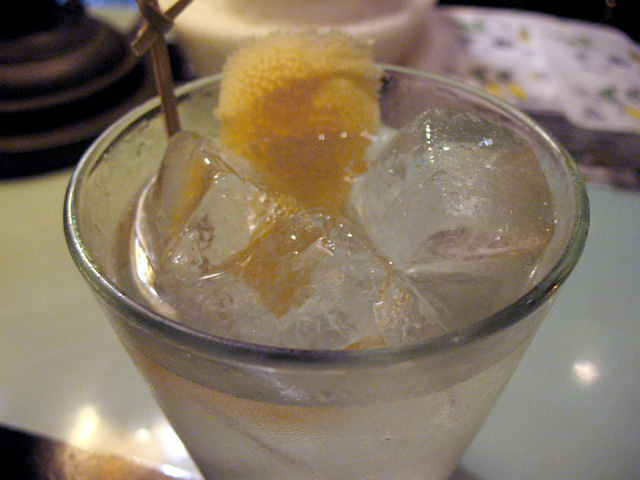 All three Ilegal Mezcal releases are well worth the time and effort to explore. With their smoothly balanced smoke and heat the Joven and Reposado are particularly suited for mixing. The Añejo is akin to a single malt in its rich, peaty complexity; perfect for sipping neat.