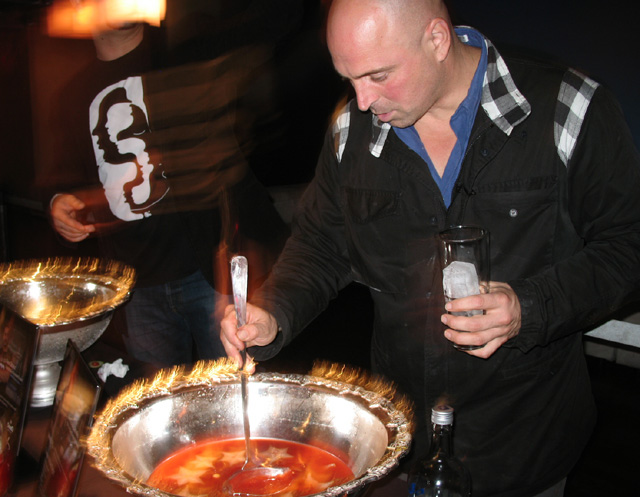 Matt Biancaniello serves his Queen of the Night punch.

A few months ago, Table 20 began a search to find L.A.’s Best Bartender by inviting the public to nominate and vote for their favorite bartenders. After the 30-day nomination and voting period, contest judges whittled the top 25 vote-getters down to five finalists and the People’s Choice winner, Matt Biancaniello.

Throughout most of September, the judges visited and evaluated the six finalists:

I was invited to be on the panel of judges (along with Caroline on Crack, Food She Thought, kevinEats, and Vixen’s L.A. Happy Hours), but due to a scheduling conflict I wasn’t able to participate in the critical evaluation period and had to bow out. Fortunately, Chris Archibald (Liquor.com) was able to step up and take the baton (or is that the swizzle stick?).

When I saw the list of finalists, I wondered how the judges would be able to decide on one finalist over another, they are all such great bartenders. Table 20 offered its own suggestions on what to look for: “The best bartender can be defined by many aspects: best service, best drinks, broadest drink knowledge, the fastest, best under pressure, best personality, best stories, best listener, most consistent, whatever attribute makes you happy. We wanna hear about them.”

With the evaluation period over and the judges’ decision made, 100 guests were invited to a party last night at Elevate Lounge to find out who would be named L.A.’s Best Bartender. Thirsty guests were treated to Don Q rum punches made by the six finalists, who gave everyone a taste of what it takes to be one of L.A.’s best bartenders.

Michel Dozois had the party on Névé Ice.

After checking in, guests were directed to Michel Dozois and his Névé Ice station, where glasses with ice spears and rocks were ready to be filled with punch. The finalists were set up in pairs throughout Elevate. 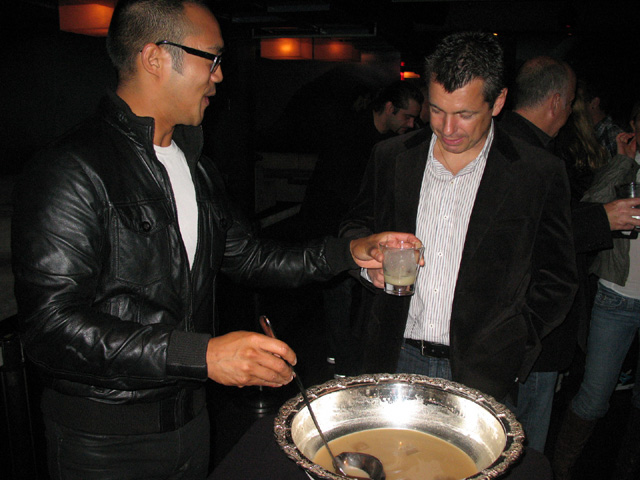 I made my way to the back for some Irie Punch, an appropriate name for a punch made by the always-smiling Devon Espinosa (irie is the rasta word for “happy”).

Joe Brooke was set up next to Devon, but since he was running late he wouldn’t be able to serve his punch until after the announcement.

Despite getting off a plane an hour before the Table 20 party was scheduled to start, Alex Straus was the epitome of cool, much like his excellent 700 Rum Punch. 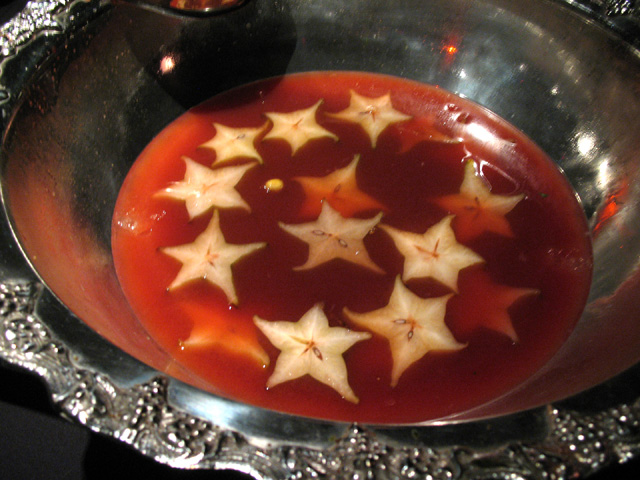 Matt Biancaniello's Queen of the Night, topped with starfruit and husk cherries.

Not surprisingly, Matt Biancaniello’s Queen of the Night, with its starfruit and husk cherry toppings, had the most visual appeal. 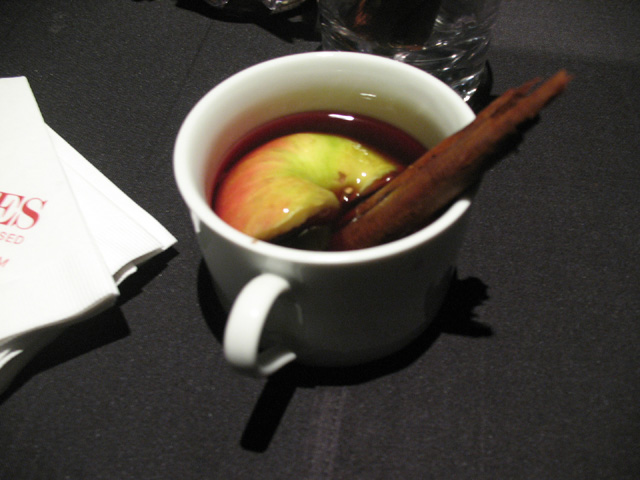 Max Diaz offered a nice change of pace with his Red Sparrow Punch, a warm and comforting beverage that was perfect for a cool and drizzly night. 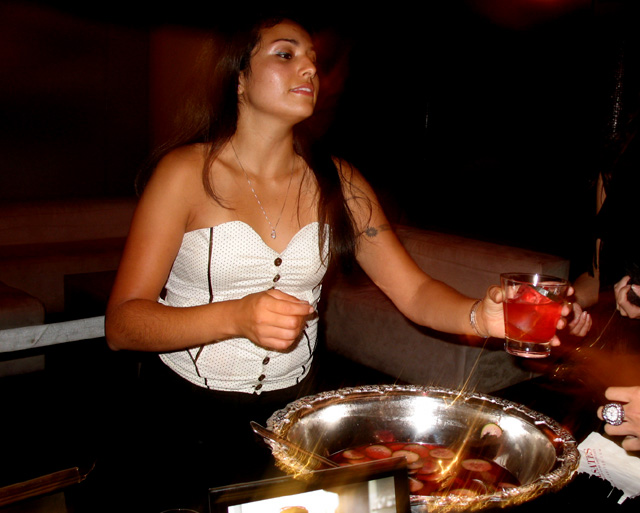 With everyone properly punchy, it was almost time for the big announcement. After Table 20 founder Trevor Smith and Elevate GM Michael Geist said a few words, Dan Port was picked as the winner of dinners at Lazy Ox Canteen and Takami Sushi & Robata Restaurant. Dan, who nominated Robyn from the Daily Pint, was chosen in a random drawing.

And then at last, the Main Event. With the six finalists gathered around him, Smith invited a party guest to read the name of L.A.’s Best Bartender: Matt Biancaniello. He was gracious in his speech, remarking that he had learned so much throughout the contest as well as from his fellow finalists. 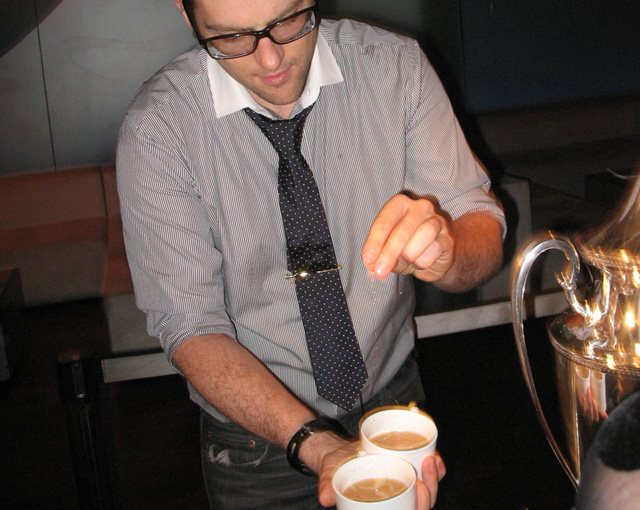 Joe Brooke's State Fair Punch was served with a spoonful of lavender honey butter and a pinch of salt.

With the ceremony over, Joe Brooke went to work and served his State Fair Punch, another warm drink that provided a nice nightcap to an enjoyable evening.

Congratulations to Matt Biancaniello and all the finalists, and props to Trevor Smith for a fun contest that put a well-deserved spotlight on some of our city’s most talented bartenders.

More coverage of the Table 20 event: