On Tuesday, October 12th, Drago Centro will be debuting its new fall cocktail menu with special $8 pricing all day. Last week, Beverage Director Michael Shearin invited me, Caroline of Caroline on Crack and Esther from e*star LA to preview the latest menu of Nuovi Classici (“New Classics”), a collaboration with Head Bartender Jaymee Mandeville. Michael and Jaymee were actually ready to debut the fall menu earlier, but decided to hold off when L.A. was hit by the recent record-breaking heat wave.

Thanks to brutal traffic I was running late, but luckily for Esther she had a Negroni to keep her company: Death’s Door Gin, Campari and Carpano Antica. I took a sip soon after I finally arrived; Esther definitely deserved that excellent cocktail for her punctuality. We then began tasting through the new cocktails as they’re listed on the menu, in alphabetical order. 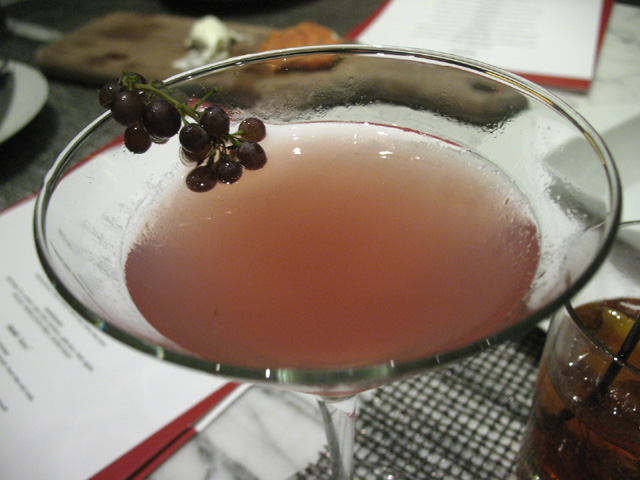 Cherry Poppin Daddy – Karlsson’s Vodka, Velenosi Visciole, fresh basil, honey, and lime foam. This one was somewhat of a work in progress, as Michael was perfecting the lime foam and working on a “lime cherry” garnish. The first time this cocktail came out, the foam had solidified to a gelatin, while lime and sweetness overpowered the drink. Michael brought out another one later; the foam turned out as he’d intended and the balance was much better. 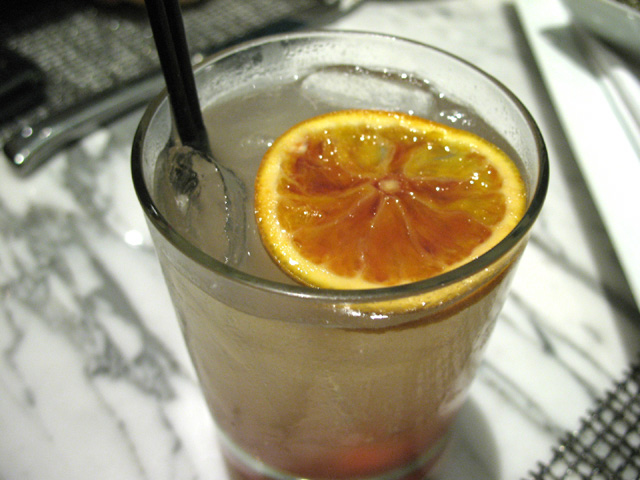 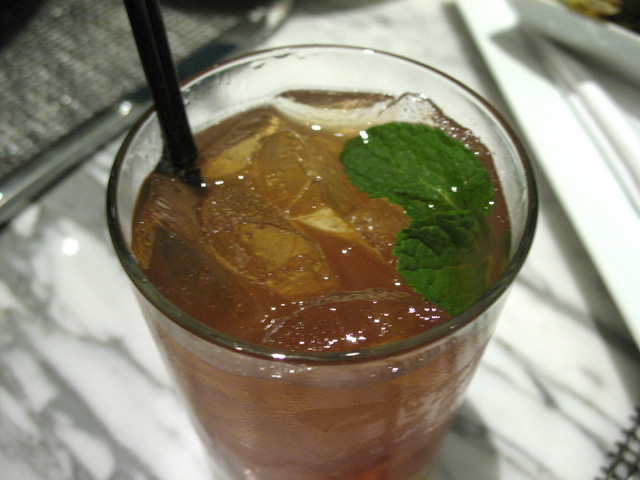 5th & Fig – Bertagnolli Grappa, house-made fig syrup, fresh orange juice, fresh lemon. Since figs had appeared only briefly when this cocktail was featured on a previous menu, it makes another appearance this fall. 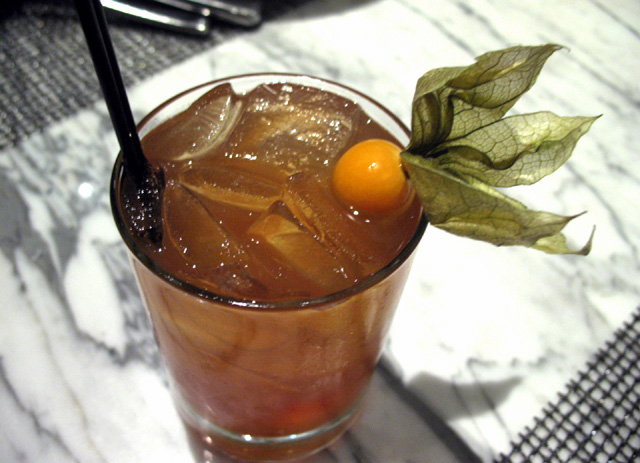 Golden Goose – Bulleit Bourbon, Fernet Branca, fresh cape gooseberries, maple syrup. The consensus favorite of the preview, if the suddenly-empty glass was any indication. The well-rounded flavors are matched by the visual appeal of a gooseberry garnish that will surely elicit questions of “what did you order?”

Rimedio del Pazzo (“Remedy for the Crazy”) – Zaya Gran Reserva Rum, Cynar, fresh sage, white peppercorns, fresh orange juice, fresh lime. A cocktail that’s right up my alley in its flavor profile, though the Zaya could be featured more prominently as the bitter Cynar is not for everyone. Case in point, Caroline and Esther were more than happy to let me finish the drink. The eye-catching garnish is an artichoke heart, a nod to the Cynar.

Sera Toscana (“Tuscan Evening”) – Belle di Brillet Poire Cognac, Benedictine, Brancaia Sangiovese, fresh ginger. I won’t be able to do justice to Michael’s poetic description of what he wants the Sera Toscana to evoke, but you should imagine a lovely Italian sunset with this sangria-like cocktail in hand. The pear balls hint at the cognac and match well with sips of the Sera Toscana. 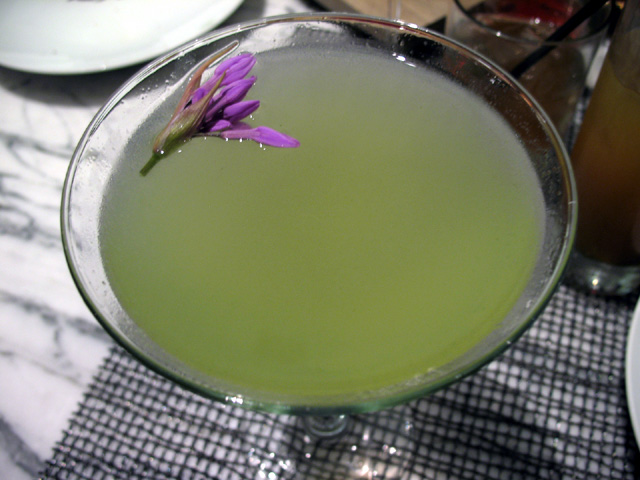 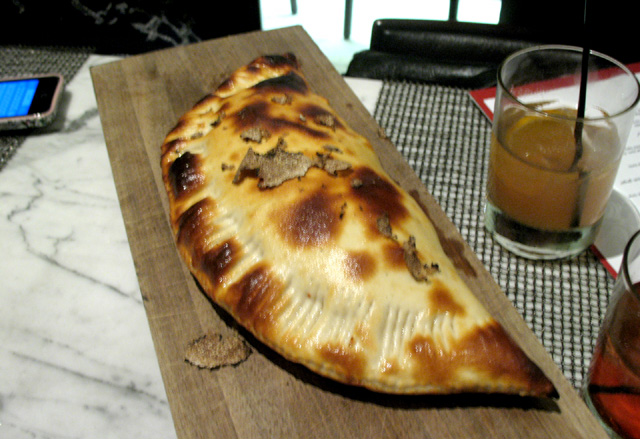 Calzone with ricotta, mushrooms and truffles.

As if all the great cocktails weren’t enough, Michael also sent out several appetizers throughout the tasting, including a massive calzone (filled with ricotta and mushrooms, topped with truffles) that he carved tableside. Then Pastry Chef Jashmine Corpuz greeted us and brought out tastes of a few of her wonderful desserts, including La Torta Caprese (chocolate torte, port caramel, figs, praline gelato) and La Crostata di Pinoli (pine nut tart, pear rosemary sauce, goat cheese gelato). As with the best of the new Drago cocktails, Jashmine’s desserts were delicious layers of flavor and texture.

Michael and Jaymee have created a fall cocktail menu that offers something for everyone, from sweet to savory, smoky to bitter, featuring a global array of spirits and ingredients. The affordable $8 pricing of Tuesday’s launch is a great opportunity to delve deep into the new menu.

Disclosure: the cocktails and food for the fall cocktail menu preview were comped by Drago Centro.