1886 Opens at The Raymond in Pasadena 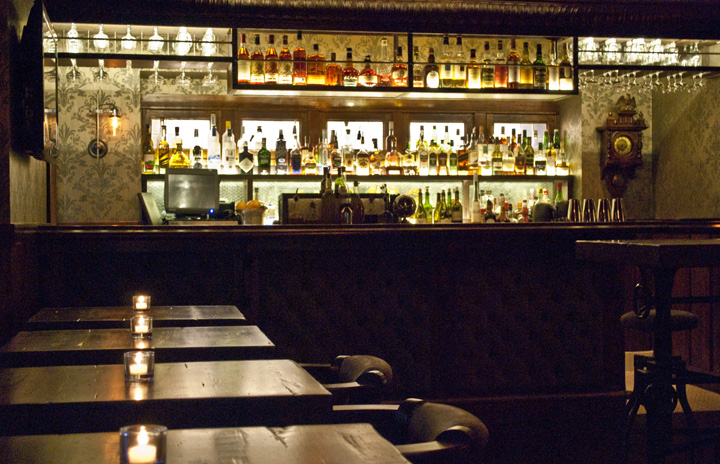 Cocktail enthusiasts in Pasadena have a bar they can call their own, now that 1886 has soft-opened at the historic Raymond Restaurant. 1886 takes its name from the year that Walter Raymond first opened his eponymous hotel, before a devastating fire destroyed the property in 1895. He then opened an even grander Raymond Hotel that included a caretaker’s cottage. The hotel eventually fell victim to the Great Depression, and all that remains is the cottage, which became The Raymond Restaurant 35 years ago.

General Manager Chris Mangandi says that one of his goals early on was to expand the clientele and inject new energy by introducing a craft cocktail bar to The Raymond. To make his pitch, Mangandi took owners Rob and Leslie Levy and Gary Weyland to bars such as The Varnish, Seven Grand and First & Hope. The Levys and Weyland “got it” right away.

Marcos Tello and Aidan Demarest (Tello Demarest Liquid Assets) were brought on board to design the cocktail menu and train a new, hand-picked bar team. Tello created an Opening Menu divided into Regional (odes to Pasadena such as the Rose Parade Punch and Orange Grove Cocktail), Seasonal (Hot Holland Punch, Hot Cider Toddy), Shaken and Stirred cocktails. Brunch cocktails include versions of classics such as the Bloody Mary, Ramos Fizz, and a Michelada from Varnish GM Chris Bostick. 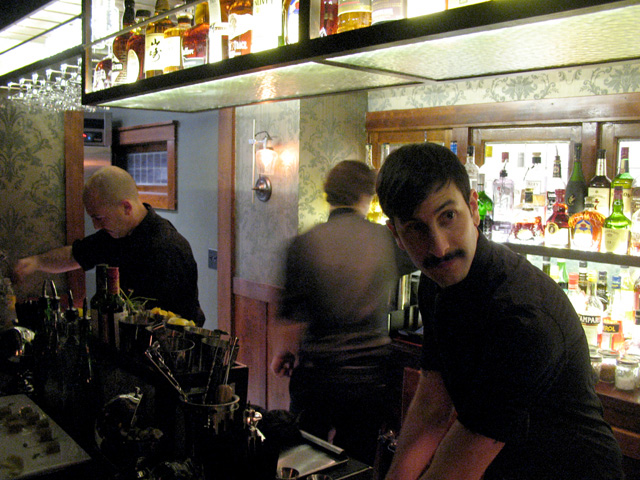 Danny Cymbal (R) and his fellow 1886 bartenders were kept busy during the preview event.

By the time I arrived at the dimly-lit 1886 for a preview event, the punch was long gone and the last of the mezcal had been mixed into a Medicina Latina (tequila, mezcal, ginger) that a kind soul let me sip.

Fortunately there were plenty of other cocktails to choose from, so I started with the whimsical Honey Nut Old Fashioned, an outstanding variation made with peanut-infused bourbon, honey, Angostura Bitters and orange zest. To paraphrase an old tagline, it’s a honey of an Old Fashioned.

The playful theme continued in another Stirred cocktail I sampled, the Peanut Butter Cup: peanut-infused rum, Creme de Cacao, topped with whipped cream. It’s probably not a cocktail I’d revisit myself, but it’s sure to be popular with 1886 patrons. 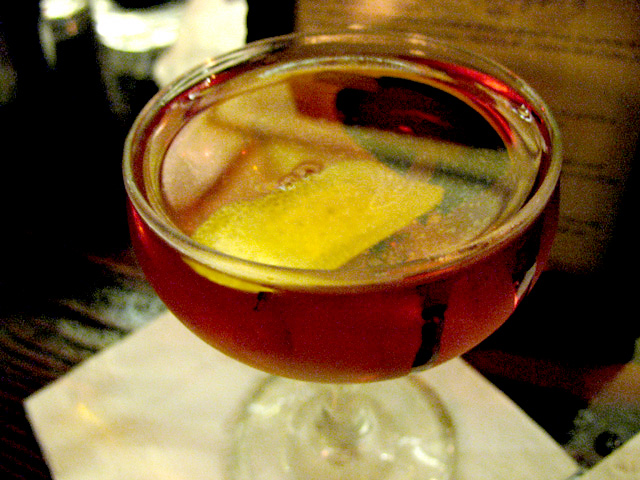 Then it was off to a former Dutch colony for one more Stirred cocktail, the Staten Island: Bols Genever, Galliano, Amaro Ramazzotti, Carpano Antica and orange peel. An excellent cocktail balanced between the flavors of the signature Bols maltiness, sweetness and orange spice. 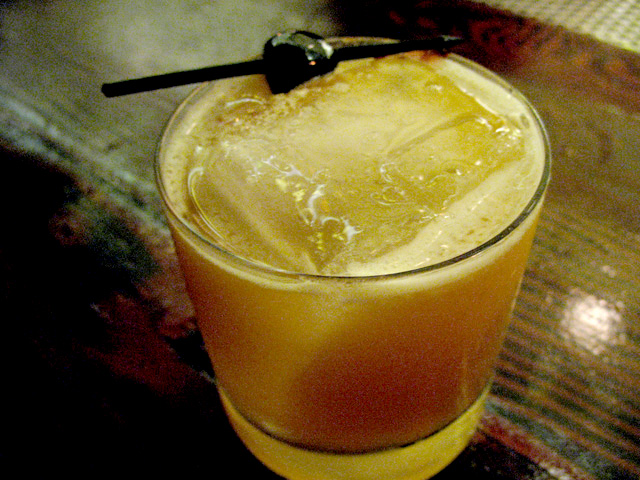 A bespoke cocktail dubbed the "I Don't Know Yet."

It’s one thing for a bartender crew to be well-trained on a set menu, but a better test of quality is what happens when a customer goes off-menu. 1886 does not disappoint, as when bartender Greg Gertmenian made a bespoke cocktail he dubbed the I Don’t Know Yet: bourbon, Cynar, lemon, bitters and a Smith and Cross float. My alternate name for it was “delicious.”

1886 is a brand new bar that feels as if it’s been there for years. With its warm setting, extensive cocktail menu, and Chef Guiltinan’s seasonal and organic cuisine, 1886 is poised to become a favorite of Pasadena locals and visitors alike.

1886 is open Tuesday through Sunday evening from 4:30pm-12am, and during the day Friday, Saturday and Sunday from 9am-3pm.

Note: guests enter 1886 through a back entrance in the adjacent parking lot, not the restaurant.