Big Bar and Alcove share a renovated Spanish duplex that dates to 1916, and foot traffic moves freely between the two. The lively Big Bar feels like its own entity, however; patrons can enter the warmly-lit space from the patio or the adjacent Alcove. 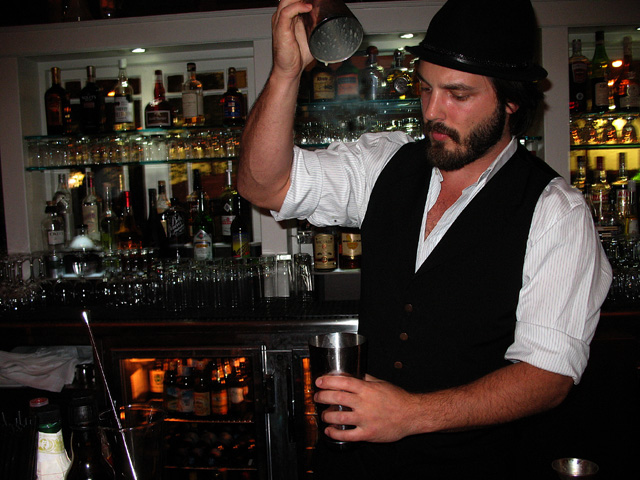 My first time at Big Bar, I pulled up a bar stool at the marble-topped bar, where Rich Andreoli mixed a Los Angeles cocktail, made with Buffalo Trace bourbon, sweet vermouth, lemon juice and egg. Shaken into a rich, creamy texture and topped with freshly grated nutmeg, the Los Angeles is tailor-made for crisp fall evenings like the night I sipped this excellent version. 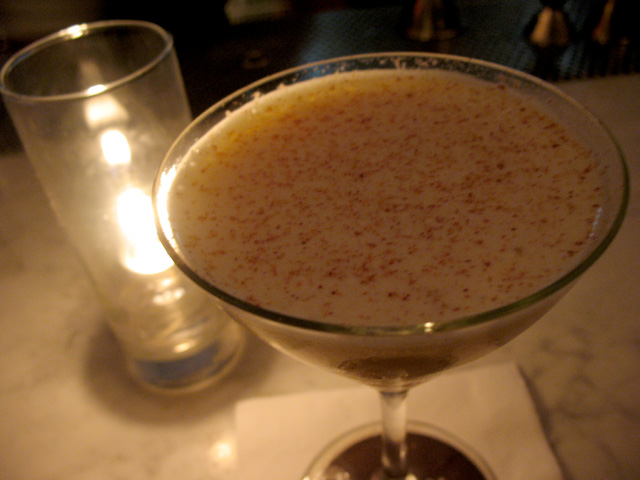 The Los Angeles cocktail, tailor-made for the fall.

It was a perfect way to start a night of birthday celebrations for my friend Lena, who met me at Big Bar with her sister Amy. They both ordered the Summer in Martinique, made with Rhum Clement, Aperol, habanero agave and lemon. The tall drink was a nice mix of the floral, grassy notes of the rhum agricole, bitter orange and a spicy kick on the finish. 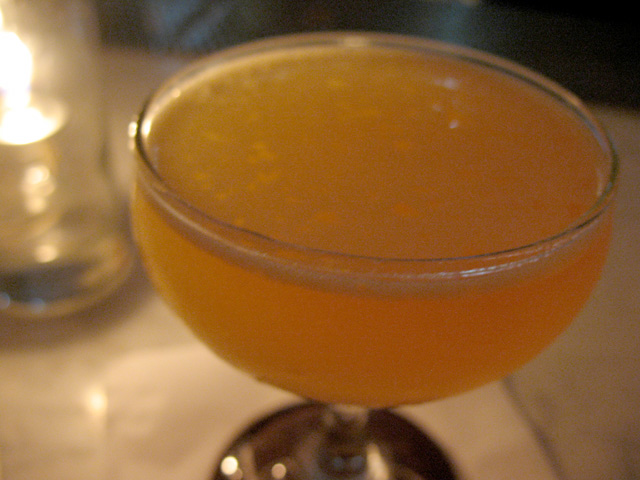 Though I was tempted to order a Clover Club (gin, house grenadine, egg white and lemon juice) for my second round, Mia Sarazen made me a New Brunswick: Famous Grouse Scotch, maple syrup, lemon, finished with a Laphroiag mist. The wonderful smoke of the New Brunswick is tempered by the maple and lemon, another match for the fall made in cocktail heaven. 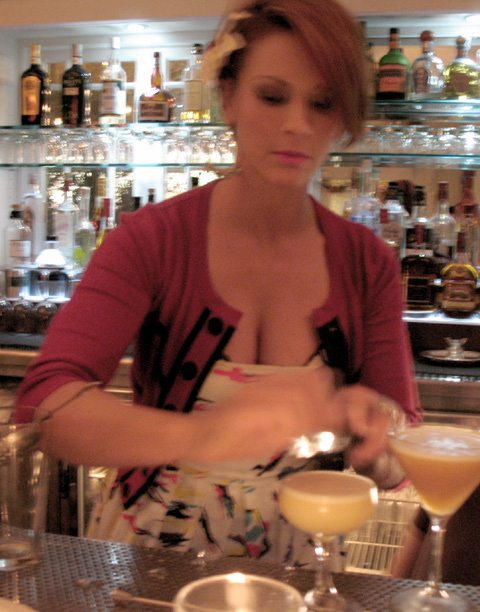 Since Big Bar is focused on market fresh, seasonal ingredients, Andreoli told me that the bar crew is already thinking about the winter cocktail menu, though hopefully not too much since there are several fall drinks I have yet to try. I’ve been told that Sunday brunch is a must, no doubt with sips of Sevilla’s nod to The Edison, the Whiskey Barrel Punch: Woodford Reserve bourbon, house grenadine, lemon, Angostura bitters, and sparkling wine.

Big Bar has been open for just over a month, and seems to be really hitting its stride. On the Saturday night I was there, customers at the bar were sharing drink sips and food suggestions with strangers, the bakery was doing a brisk business, and the kitchen was sending out great-looking food to guests on the bustling patio. You really couldn’t ask more from a neighborhood hangout, except perhaps if this hangout could be located in your neighborhood.

Disclosure: the Los Angeles and the New Brunswick were comped by Big Bar.