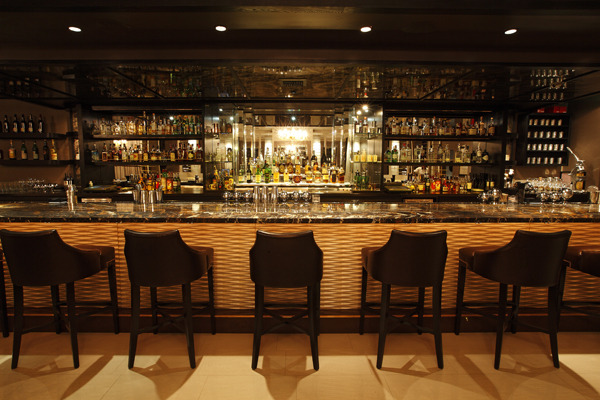 It’s been quite a year for The Tar Pit, the “modern day watering hole” from Chef Mark Peel that opened in December 2009 after much anticipation and speculation. Following the departure of a stellar opening team that included Audrey Saunders and Marcos Tello, The Tar Pit forged onward. On a recent Sunday evening, a lively crowd grooved to the sounds of a New Orleans jazz band, and the cocktails, now under the direction of Bar Manager Danielle Crouch, have never been better.

On Saturday, December 18th, The Tar Pit celebrates its One Year Anniversary with a party featuring some of its “greatest hits” from the past year. For one night only, The Tar Pit is bringing back “un-forgotten” food favorites such as Tuna Tartare, Crab Cakes & Steak Tartare. 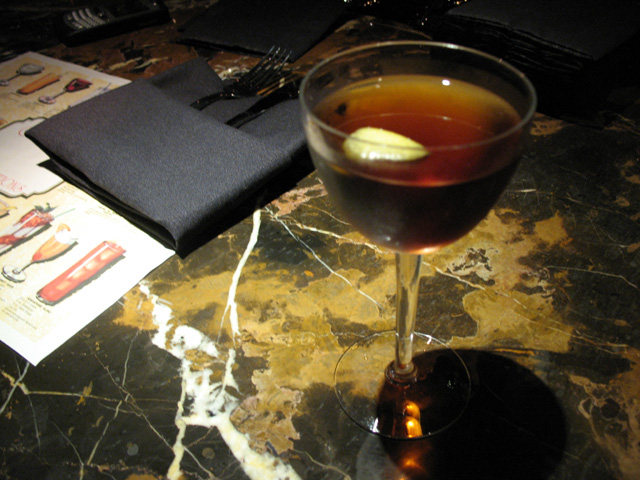 The Trident cocktail is back, for one night only.

Even better, the following Specialty Cocktails are also making an appearance:

As always, The Tar Pit will offer its Late Night Happy Hour from 11pm – 12:30am. Here’s hoping the Trident stays on the menu this time around.