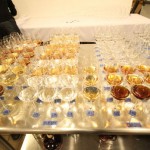 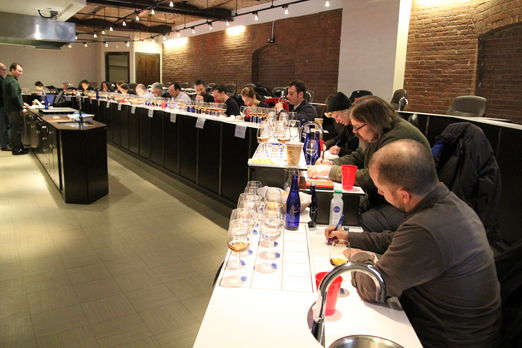 Judging for the Ultimate Spirits Challenge was a four-day, multi-stage process.

The winners have been announced for the second annual Ultimate Spirits Challenge, a four-day competition that took place at New York’s Astor Center on March 1-4, 2011. The Ultimate Spirits Challenge was presented by Ultimate Beverage Challenge (UBC), founded by F. Paul Pacult, David Talbot, and Sue Woodley. UBC’s mission is “to identify, recognize and reward those products which stand out in their respective categories, showing superior quality.” 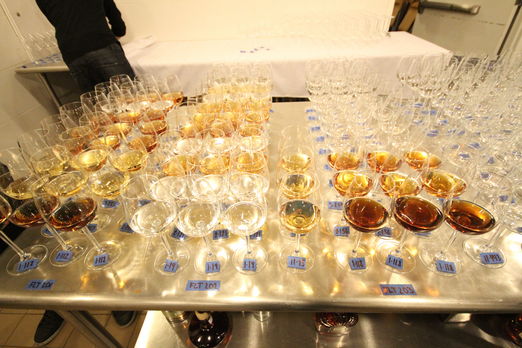 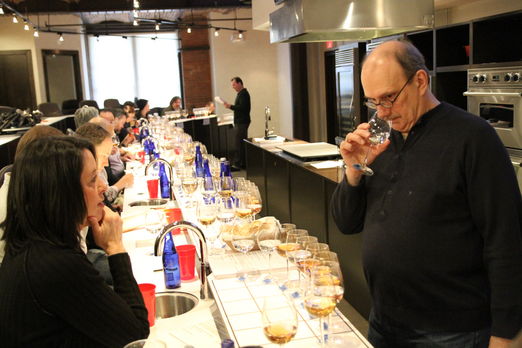 With so many high quality products in competition, Pacult said there were “close contenders for the Chairman’s Trophy in many of the categories.” He noted that “the Scotch Whisky category was, in particular, filled with great spirits. Therefore, Sean Ludford and I decided we had to award five Trophies for Scotch. Across all spirit categories, however, the quality level was impressive.”

This year, Pacult and Ludford will provide brief tasting notes for all Chairman’s Trophy-winning products and Finalists. Pacult will also record video reviews for each Chairman’s Trophy winner, which will be available on the UBC website in the coming weeks.

For a complete list of all results and scores, visit: ultimate-beverage.com/wine_reviews/spirits-results.

To find out more about UBC and its upcoming Ultimate Cocktail Challenge (April 5-8, 2011) and Ultimate Wine Challenge (June 2-6, 2011) competitions, go to www.ultimate-beverage.com.