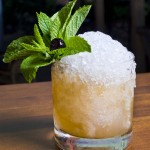 On Tuesday, April 26th, the 1886 Bar at The Raymond debuts its new Spring Cocktail Menu, featuring 16 new drinks by Marcos Tello and the 1886 team. The entirely new cocktail menu is divided into four categories: Regional, Seasonal, Shaken and Stirred. The new Spring Menu includes signature creations, a barrel-aged cocktail, an historic punch, and tributes to two of L.A.’s best bartenders. Tello, who has been consulting on 1886 since the project’s inception, says that each of the four sections are inspired by the season: “We focus on strawberries in our Seasonal section and continue to revive and reinvent old Raymond Hotel classics with our Regional set. We kept it pretty light and refreshing for spring in our Shaken section and decided to ‘geek-out’ on coffee and tea infusions for our Stirred cocktails.” 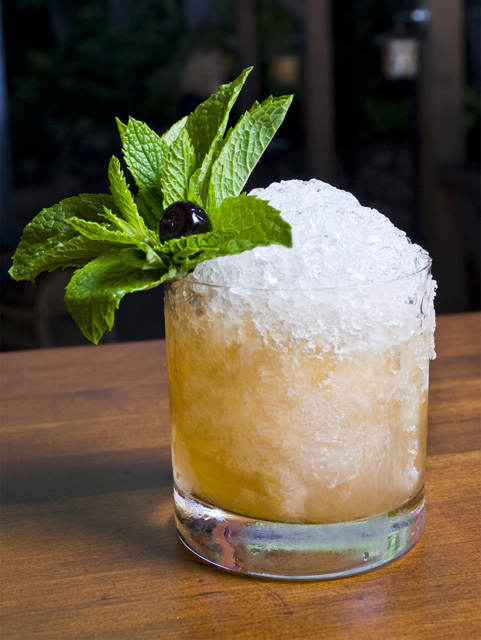 The new menu represents a more collaborative effort, as Tello challenged each of the 1886 bartenders to create a cocktail for spring. Tello said, “As I’ve gotten to know each of them and as they have developed under my program, I’ve also gotten to know their different styles and interests. I challenged them to play within those arenas, and of course we always like to throw in a few cocktails from our friends around town also!”

With the gauntlet thrown, the 1886 team stepped up and created half a dozen cocktails for the Spring Menu. In the Regional section, Brady Weise unearthed one of the original house cocktails from The Raymond Hotel in 1890 and updated it as the Frozen Apple Toddy, made with apple-infused cognac and housemade Lavender Syrup. 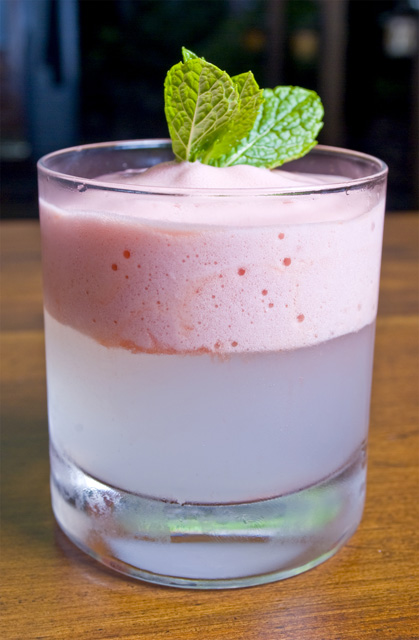 The Seasonal section features Greg Gertmenian’s take on the Margarita, the Tequila Daisy 2.0: tequila, Cointreau, lime and “strawberry” foam. Another Seasonal is Garrett McKechnie’s Swedish Crush, which features a lost ingredient from the 18th century “Swedish Punsch,” along with cognac, rum and pomegranate.

My attention was immediately drawn to the Stirred section and Laura Lindsay’s Reunion Island Cocktail, which showcases her skills as a barista and a bartender: Bols Genever, coffee-infused Gran Classico and Carpano Antica. Also in the Stirred section is Lacey Murillo’s Sangre del Agave: añejo tequila infused with Italian blood orange tea, Lillet Blanc, Amaro Lucano and Benedictine. Murillo’s creation is actually “thrown,” meaning it’s tossed with ice from one shaker to another, instead of stirred. Still to come is the Vintage Caprice, which Danny Cymbal is aging in a bourbon cask for two months prior to its debut in mid-May.

Other spring highlights include the Saladito, Tello’s mezcal-fueled ode to his favorite childhood candy; two tributes, the Southern Belle (Vincenzo Marianella of Copa d’Oro) and the Hi-5 (Alex Day, Proprietors LLC); as well as the 1886 Champagne Punch, a version of a recipe served during one of the opening events at The Raymond Hotel.