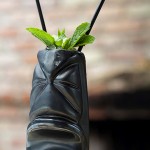 Caña Celebrates One Year and Reloads with New Cocktails

Time flies when you’re having fun, and Caña Rum Bar is certainly a case in point, recently marking its One-Year Anniversary when it seems like only yesterday that it was celebrating its Grand Opening. With GM Allan Katz at the helm, Caña has transformed from the exclusive Doheny into a lively cocktail den that serves up an enjoyable mix of craft cocktails, live bands and DJs, and spirited education in the form of its monthly Rum Society meetings. Last week, friends and well-wishers joined 213 Nightlife Proprietor Cedd Moses to toast Caña’s first year at a party that doubled as the formal launch of Caña’s Spring Cocktail Menu. 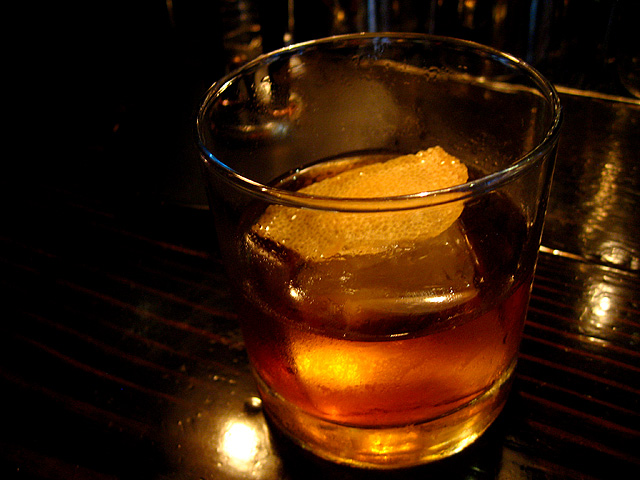 Happiness is sipping a Happiness...

As usual, the new drinks are divided into Daggers, Pistols and Cannons, grouped in order of increasing potency and complexity. I dipped into the spring menu with the Guavacita, a delicious Pisco Sour variation made with Campo de Encanto Pisco, yellow chartreuse, lime juice, guava syrup, egg white and Peychaud’s bitters. Then came the Happiness [is a warm gun]: Plantation Jamaica, Luxardo Fernet and canela syrup, stirred and garnished with a flamed grapefruit. Not only does it have a great name, the Happiness is a fantastic sipper, and I gladly reloaded this Cannon more than once. 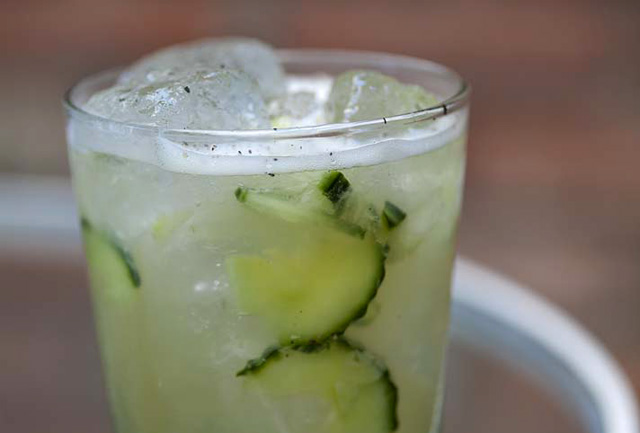 The Brazilian Necktie seemed to be popular, a spicy Gordon’s Cup variation made with Serrano and Anaheim pepper infused Leblon Cachaça, cucumber, lime, garnished with smoked salt and pepper. The cachaça replaces Bols Genever and El Dorado rum in this seasonal refresh of the London Cut. 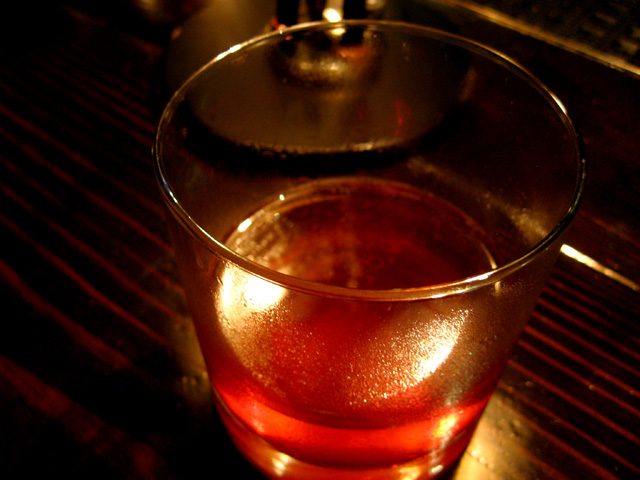 On another visit I tried the Tennessee Isle, made with Prichard’s Fine Rum and a few dashes of coconut Peychaud’s. A mist of overripe mango-infused absinthe coats the glass and tops the drink, a superb take on the Sazerac that was so good I offered sips to a couple of fellow patrons, who promptly ordered two of their own.

I’ve got a ways to go in order to make my way through the new menu, and I’m already smitten with three drinks. If I can stop myself from ordering the Happiness or the Tennessee Isle every time, I should be done just before the debut of Katz’s next menu. 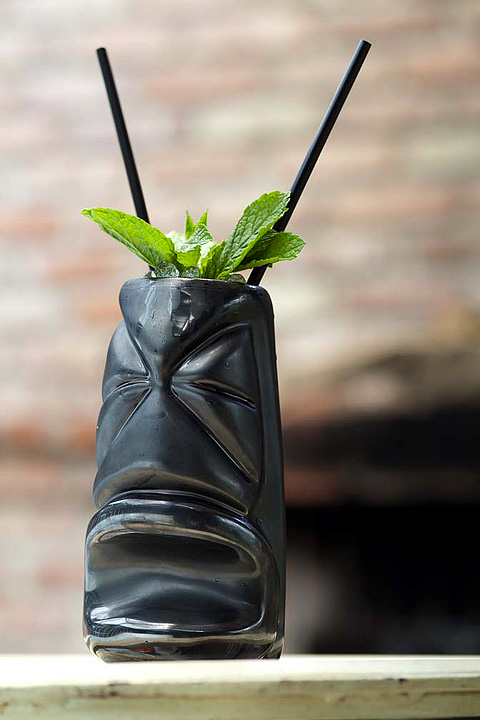 The full spring cocktail and punch menu follows, featuring the best drink descriptions in town. All cocktails are priced at $12 unless otherwise noted.

Far West
First there was the JKO.  Then came Camelot.  Not unlike The Hold Steady, we’re suckers for self-reference…so long as it results in a refreshing cocktail.
Don Q Añejo, Amaro Montenegro, lime, Oro Blanco-thyme syrup, and white pepper

Arawack Cocktail
Originally fashioned for Trotter’s Bar in Trinidad by the gaz himself, this tropicalized Algonquin suits our mission perfectly, so we stole it just for you.
Buffalo Trace, dry vermouth, tamarind curaçao, pineapple, lemon, Angostura

Guavacita ($13)
There’s no denying how sexy a Pisco Sour can be when you fortify it with guava and Chartreuse.
Campo de Encanto Pisco, yellow chartreuse, fresh sours, guava, bitters (*contains egg whites)

Tennessee Isle
This is what a Sazerac would taste like if the wicked witch of the west overtook Kansas and sent Tennessee to the Caribbean via flying monkey.
Prichard’s Fine Rum, overripe mango-infused absinthe, coconut Peychaud’s

Expat Sour
If you find yourself drinking between a Frenchman and a Scot someplace Jimmy Buffet’s lost his salt shaker, don’t accept any bets and don’t skimp on the bitters.
Calvados, Islay Scotch, lemon, turbinado syrup, Tiki & Boston bitters

Happiness [is a Warm Gun] ($13)
At the behest of a prolific imbiber Allan made this Old Fashioned riff based on a drink from Red Feather Lounge. It features Luxardo’s fernet, which beats up Fernet Branca and takes its lunch money.
Plantation Jamaica 2000, fernet, canela syrup, flamed grapefruit

Cat Juggler ($13)
“For one dollar I’ll guess your weight, your height, or your sex.” How could a character like that not get their own cocktail?
Appleton Reserve, lime, our own jerk-spiced Ardbeg-based bitters, honey 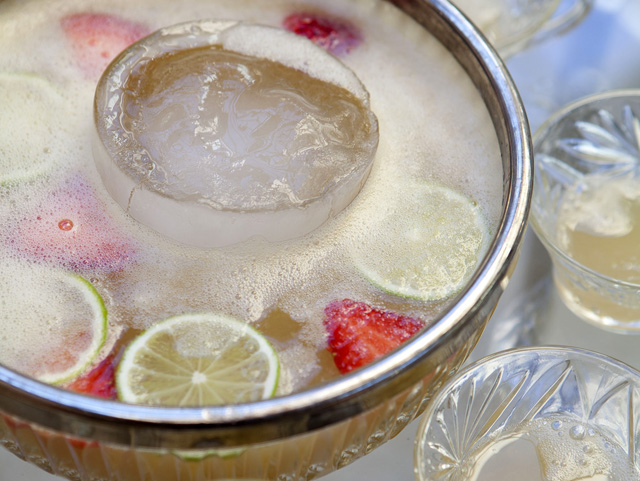 PUNCH SERVICE
Here we’ve taken some of our house favorites and given them the “more is more” treatment. Each punch is lovingly prepared just like any one of our cocktails; except the preparation involves large measuring cups and small power tools.

(Prices are based on groups of four, six and eight)

Jitterbug Perfume ($50, $77, $100)
Try as we might, we’re yet to develop a cocktail that results in everlasting life. That said we’re sure Dr. Robbins would approve of this attempt featuring jasmine all the way from the other side of Olympic Ave. and a beet-based amaro.
Jasmine-infused Bulleit 95 Rye, Meyer’s Legend 10 year, Luxardo Abano, grapefruit, lime, strawberry

Nui Nui ($48, $74, $96)
Exhumed from the lost tiki taverns of Beverly Hills, this well-spiced bowl of Polynesian pleasure was originally called the Pupule. Donn Beach later decided that name was far too easy to pronounce when he exported it to Hawaii.
Aged island rum, a mélange of fresh citrus, Don’s #2 Spices, canela syrup