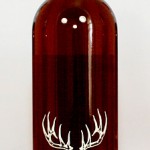 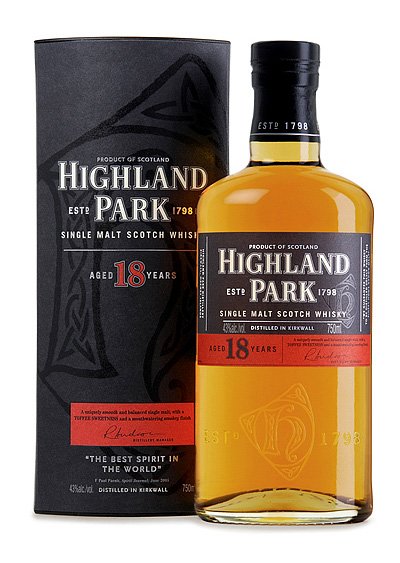 The Highland Park 18 Year Old is one of five inductees to the Spirit Journal Hall of Fame.

Since 1991, F. Paul Pacult’s Spirit Journal has published thousands of reviews in a snail mail, subscription-only newsletter spanning 90 editions. Founding Editor F. Paul Pacult and Managing Editor Sue Woodley describe the quarterly Spirit Journal as “a pander-free zone, free from the demands, implied and overt, of advertising dollars.” The Spirit Journal reviews and ratings have been collected in two books, Kindred Spirits (1997) and Kindred Spirits 2 (2008). By his own estimation, Pacult has formally reviewed over 21,000 spirits since 1989.

In recognition of spirits brands that have consistently exhibited “extraordinary quality” over the course of numerous reviews, Pacult and Woodley have established the Spirit Journal Hall of Fame. After induction into the Hall, benchmark spirits will be “retired” from the newsletter’s annual “Top Spirits” list of five-star distillates.

Following are the five Hall of Fame inductees in the inaugural class of 2011:

“Among the scores of superlative spirits that have received five stars in the Spirit Journal, these five have come to represent distillation and production at their finest,” said Pacult. “These spirits are bona fide icons.”

2011 Top Spirit in the World
Each June, the Spirit Journal features the Top Spirits in the World, a list of Pacult and Woodley’s favorite five-star (highest recommendation) spirits for the year, as reviewed recently or currently in the Spirit Journal. For 2011, a new number one spirit has been chosen from 140 five-star distillates: George T. Stagg Kentucky Straight Bourbon Whiskey, from the 2010 Buffalo Trace Antique Collection.

Pacult, on the newly-crowned Top Spirit: “The selection of a cask strength (71.5% ABV) whiskey from the American heartland may come as a shock to many spirits diehards who lean towards traditional European-style distillates. I understand that viewpoint but the time has come to recognize a new standard-bearer for innovation and unswerving overall quality, year after year. The experimental work being conducted by Mark Brown and his remarkable team at Buffalo Trace is expanding the horizons, not just of American distilling, but of global distilling at large. It is time to salute the fruits of those homegrown labors.”

In its press materials, Buffalo Trace describes the 2010 George T. Stagg: “The perennial favorite and last year’s winner of the ‘Bourbon of the Year’ award by Jim Murray in his Whisky Bible, the 2010 George T. Stagg was found in Warehouses H, I, K and L. This uncut, unfiltered bourbon was distilled back in the winter of 1993 and weighs in at 143 proof—some strong stuff! This whiskey tastes of dark chocolate, vanilla and coffee.”