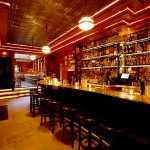 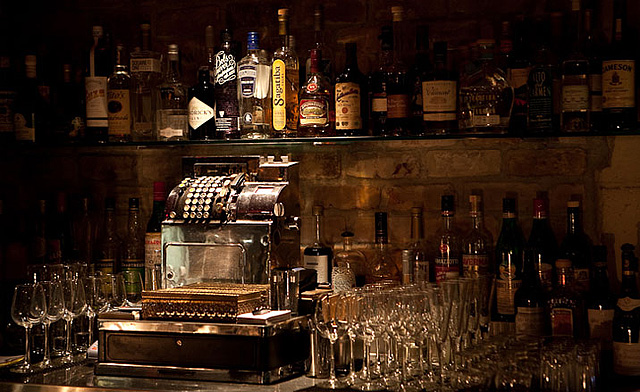 The Varnish rings up another Spirited Award nomination. | Photo: 213 Nightlife

The nominees for the 2011 Tales of the Cocktail Spirited Awards have been announced, and once again the Los Angeles cocktail banner is being carried by The Varnish (nominated for Best American Cocktail Bar) and its co-owner, Eric Alperin (an American Bartender of the Year nominee). Now in its ninth year, Tales of the Cocktail is an internationally acclaimed festival of cocktails, cuisine and culture taking place in New Orleans July 20-24.

Through its annual Spirited Awards, Tales of the Cocktail provides recognition to those individuals and establishments that have shown an outstanding talent for advancing the craft of the cocktail. To embody the ideals with which Tales of the Cocktail was originally founded, these awards will recognize both national and international honorees who will receive exclusive Riedel Crystal awards. 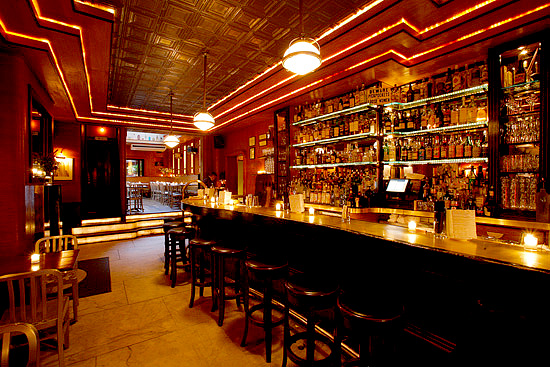 Two new categories have been added his year, while a third one has been split into two subcategories. The Best High Volume Cocktail Bar award celebrates bars that efficiently deliver cocktail culture to the masses. Nominees have at least 100 seats, with cocktails, lists, bartending, and service all taken into consideration. The Best Restaurant Bar nominees are dedicated to creating a great cocktail experience for their dining guests. Factored into the nomination are the bar’s approach to aperitifs and digestifs, how well it works with the kitchen to pair cocktails with food, as well as general bartending and mixing excellence. The award for Best Cocktail Writing has been divided into two subcategories: Non-Book Publication and Author. The Non-Book category honors publications as a whole for excellence in overall writing. The Author category recognizes individual writers for contributions to furthering information, knowledge and interest in cocktail culture.

The winners will be announced at the Fifth Annual Tales of the Cocktail Spirited Awards, taking place in New Orleans at the Mahalia Jackson Theater on Saturday, July 23rd.

For information and tickets, visit www.talesofthecocktail.com.

Following is the complete list of the 2011 Spirited Awards nominees.

*Left Coast Libations is the hard back version.
**Cocchi Americano is new to the US Market.