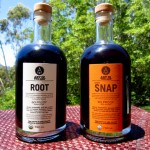 Sipping Through a Sizzling Summer with ROOT and SNAP 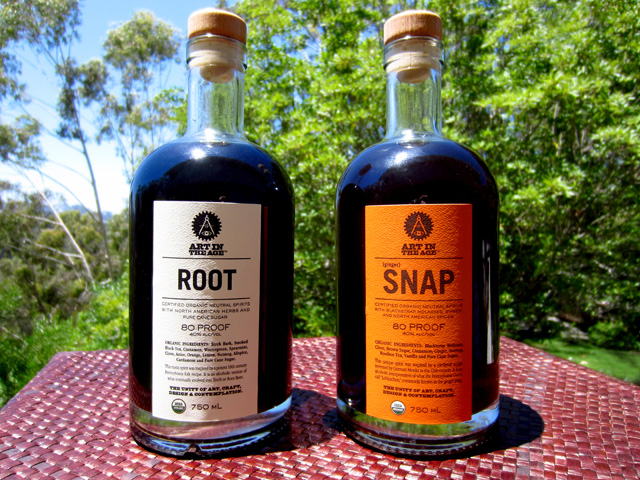 With many parts of the country wilting under a punishing heat wave, Art in the Age Spirits (AITA) has thoughtfully been gathering and sharing recipes for summer cocktails featuring its two unique liqueurs, ROOT and SNAP. The AITA blog continues to feature drinks from some of the country’s top craft cocktail bars (including ROOT recipes from San Francisco’s Rickhouse), while the AITA Facebook page has an album of recipes from home enthusiasts. Art in the Age recently sent samples of ROOT and SNAP along with several recipes that are sure to beat the heat (see below). 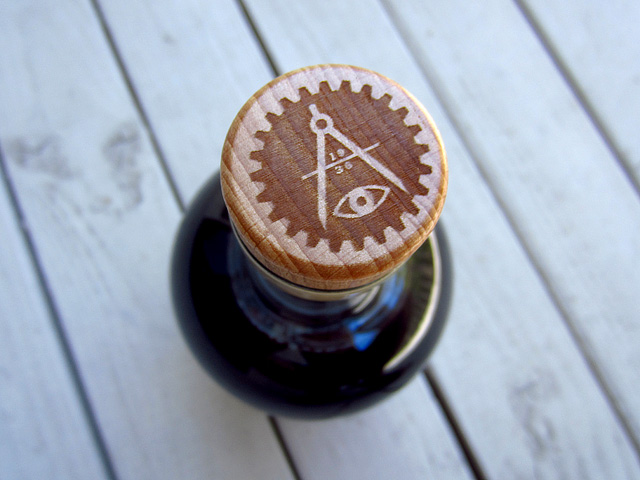 ROOT and SNAP were developed by Philadelphia-based Quaker City Mercantile, under its Art in the Age brand. Both of the 80-proof, small batch liqueurs are distilled from pure cane sugar, are Certified Organic, and were inspired by centuries-old recipes with Pennsylvania origins. The apothecary-style bottles, with their rounded shoulders and wooden tops (featuring a stamped AITA logo), are identical except for the colored labels that distinguish the releases. ROOT and SNAP each retail for about $35-40 for a 750ml bottle.

Though ROOT and SNAP were conceived by AITA, they are distilled by Modern Spirits (aka Greenbar Collective) in Monrovia. Thanks to that So Cal connection, Los Angeles was one of the first markets in the country outside Pennsylvania to experience the Art in the Age products. (The connection will become even more localized if Greenbar successfully makes its planned move to the Arts District in downtown LA.)

Later this week, Art in the Age is unveiling its third release at Tales of the Cocktail, as tweeted by Quaker Mercantile founder Steven Grasse:

For more information about Art in the Age Spirits, visit www.artintheage.com.

ROOT Cocktails
According to Art in the Age, ROOT is made with 13 ingredients: anise, allspice, cardamom, cinnamon, spearmint, lemon, smoked black tea, wintergreen, clove, orange, nutmeg, sugar cane and birch bark. The debut release from Art in the Age Spirits is based on “root tea,” an herbal remedy made with sassafras, sarsaparilla, birch bark, and other wild roots and herbs that are particularly abundant in the Pennsylvania hinterlands. Native Americans taught the recipe to colonial settlers, who in turn passed it down from generation to generation. Over time, root tea grew in potency and complexity. A Philadelphia pharmacist (and temperance movement supporter) named Charles Hires created a non-alcoholic version of root tea that he called “root beer,” supposedly named so that Pennsylvania coal miners and steelworkers would buy it. Thankfully, Art in the Age rescued the original root tea from oblivion. 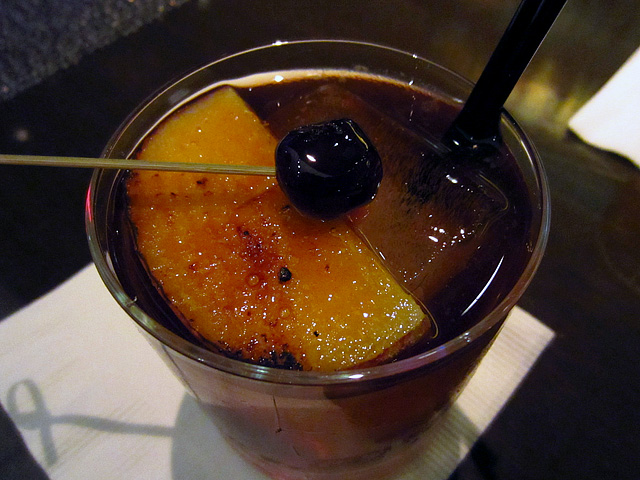 Los Angeles craft cocktail bars have supported ROOT from the get-go. Last August, when a reporter failed to show up at the Library Bar to do an interview with Matt Biancaniello, I was the lucky recipient of The Root of It All. More recently, ROOT was utilized in the American Graffiti, from Drago Centro’s Spring Cocktail Menu. 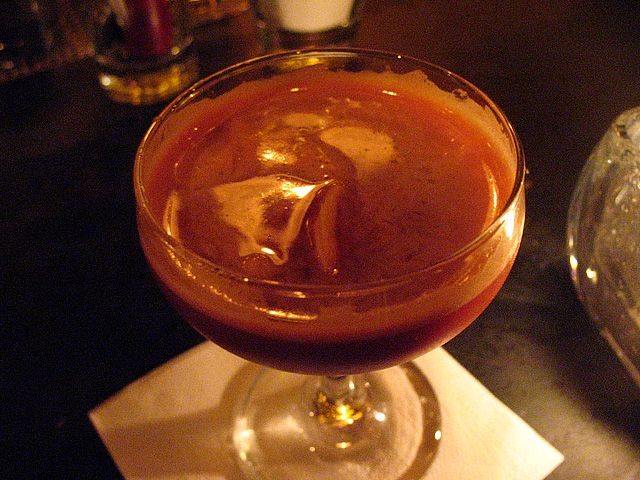 The following ROOT Julep recipe by Charlotte Voisey is very easy to make, but its flavors are complex. Every sip is its own reward on a sweltering summer day.

SNAP Cocktails
The second release from Art in the Age Spirits is based on the Pennsylvania Dutch recipe for lebkuchen, or ginger snap. Lebkuchen dates back to the late 1600s, when colonists would sweeten their baked goods and meals with blackstrap molasses instead of refined sugar, which was not readily available. The Pennsylvania Dutch didn’t distill lebkuchen, but Art in the Age has expanded on the potential of the original recipe, distilling SNAP from pure cane sugar with organic ingredients such as blackstrap molasses, clove, brown sugar, cinnamon, ginger, nutmeg, rooibos tea and vanilla. 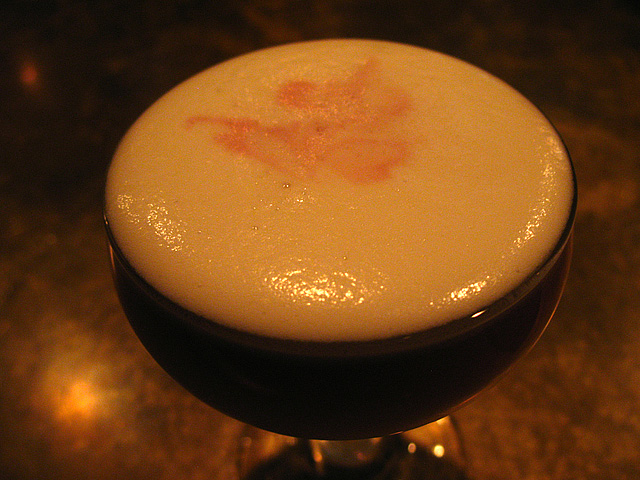 Like its predecessor, SNAP has been popping up on cocktail menus around town, though perhaps not with as much frequency as ROOT. GO Burger is featuring both ROOT and SNAP in their milkshake line for the summer, including the Bananas Foster (banana ice cream, SNAP and SNAP Caramel Sauce) and the Root “Beer” Float: Stoli Vanilla, ROOT, Guinness, and vanilla ice cream. When The Spare Room opened at the beginning of the year, it featured SNAP in its signature cocktail, the Spare Room Snap.

The following SNAP cocktails begin with an Art in the Age recipe for the SNAP Shandy, which calls for Narragansett Summer Ale. I went with Paulaner Hefeweizen instead, and it worked well in a refreshing recipe that’s ready-made for the season. Then a summer classic gets a SNAP revamp with the Pimm’s #3 by Jeff Lyon (Range). And finally the recipe for the Spare Room Snap, which makes good use of SNAP’s holiday spice profile. 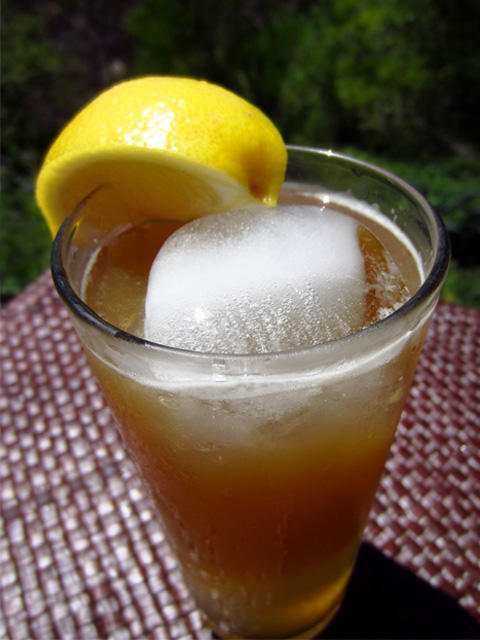 SNAP Shandy
Created by Art in the Age
Ingredients: