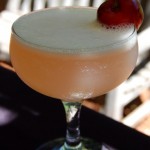 On Tuesday, July 26th, the 1886 Bar at The Raymond debuts its Summer Cocktail Menu, featuring 16 new drinks by Marcos Tello and the 1886 team. Like the previous Spring Menu, the all-new Summer Menu is once again divided into four categories: Regional, Seasonal, Shaken and Stirred. Head Bartender Garrett McKechnie says that everyone is “very excited” about the new menu, noting they “had a lot of fun” creating a menu with signature summer cocktails, Tiki drinks, unearthed classics, and salutes to bartenders from LA and New York. Guests will no doubt have as much fun drinking the cocktails as the 1886 crew did in creating them.

The Regional section features the Zombie and the QB Cooler (created by Tiki legends Don the Beachcomber and Trader Vic, respectively), as well as the new Media Park Swizzle, its name inspired by the Culver City park: Bols Genever, sherry, ginger, Falernum syrup and lime. 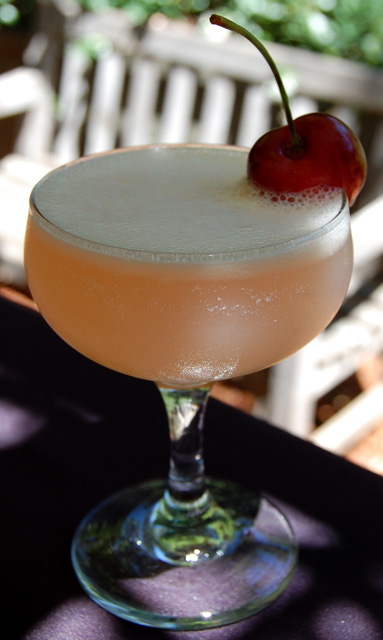 Tribute cocktails are the highlight of the Shaken section, starting with the Barbacoa (a modern classic by LA’s own Julian Cox), and then traveling to New York for Phil Ward’s Loop Tonic and Julie Reiner’s special version of the classic Pisco Punch.

The highlight of the Stirred drinks (for me, at least) is the Vintage Caprice, Danny Cymbal’s barrel-aged cocktail originally slated to debut in the spring and ready for imbibing at last. Other tasty-looking drinks include a Negroni variation called the Gardoni, as well as McKechnie’s Thai Iced Tea, a cooler made with Thai Tea infused Cachaca, Demerara Syrup and hand-whipped cream.

1886 at The Raymond opens at 5pm every Tuesday through Sunday evening. 1886 is also open from 11:30am to 3pm on Friday, and 9am to 3pm every Saturday and Sunday. The new Parlor Hour takes place Tuesday-Friday from 5pm to 7pm.