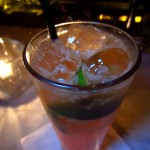 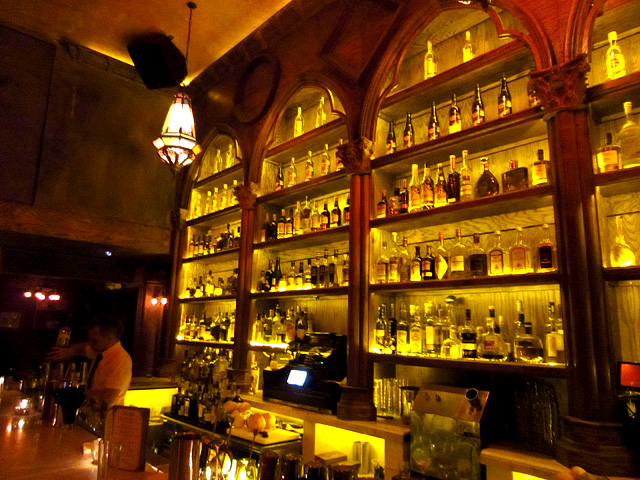 For the first time since it opened, La Descarga has launched a cocktail menu that doesn’t include new drinks created by Steve Livigni and Pablo Moix. The Fall Cocktail Menu has 16 drinks, with half the list featuring rum classics and Descarga signatures, and the other half dedicated to cocktails fueled by cachaça, mezcal, tequila, rye, white dog and pisco.

Head bartender Kenny Arbuckle created most of the new drinks.

Favorites like the Mojito, Hemingway Daiquiri and Tapping the Admiral are back, along with new drinks created by the Descarga crew, under the supervision of head bartender Kenny Arbuckle (St. Vincent Syrups). Livigni said, “Kenny did most of the drinks, but Meghan Malloy and Armando Conway contributed as well. Pablo and I are super proud of the menu and our staff.” Livigni noted that La Descarga now carries over 100 rums, an expanded list that includes “some great stuff from Angostura, Plantation, Ron Abuelo and Rhum Clément.”

When Caroline on Crack organized a meet-up to take the new menu for a spin, I was disappointed that I wasn’t able to join my cocktailing comrades. After reading Caroline’s recap, I went into full-on dirt-kicking mode. Fortunately, I was able to stop by La Descarga the following week, joined by Bill Esparza (Street Gourmet LA) and Lauren Clark (Drink Boston), who recently moved to LA from Beantown. 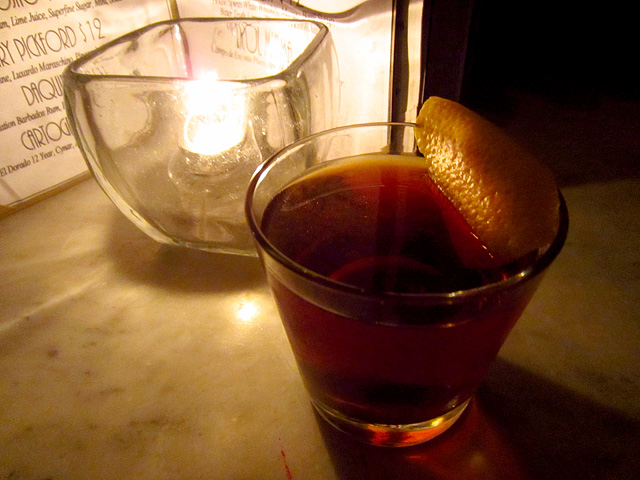 I started with the Cartographer, made with El Dorado 12-Year, Cynar, Angostura Bitters and superfine cane sugar. Arbuckle explained that a couple of guests had asked him for a rum Old Fashioned, which developed into the Cartographer. Like its inspiration, the excellent Cartographer is a pared down cocktail with depth that opens up with each sip. 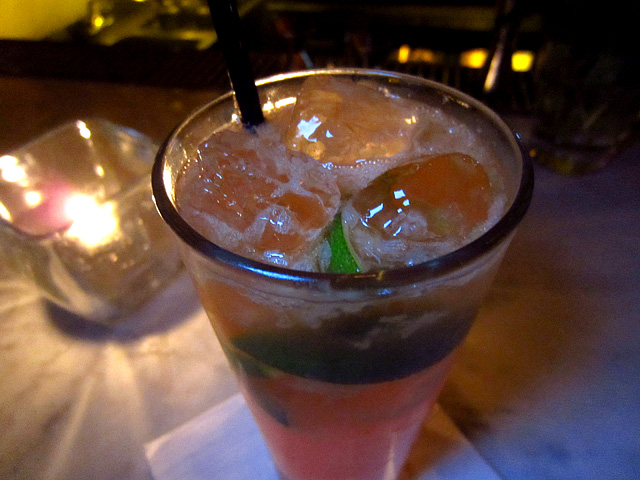 My second round was the Aperol M’ama: Campo de Encanto Pisco, Aperol, sugar and lime. This delicious tall drink was created by Malloy, and may well have been my favorite of the night. Bright, well balanced and one of the best cocktails featuring Encanto Pisco that I’ve had, and there have been some great ones of late.

Two other drinks, both created by Conway: 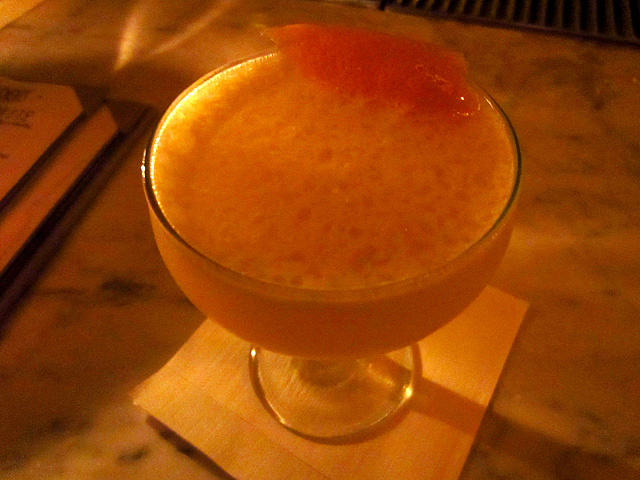 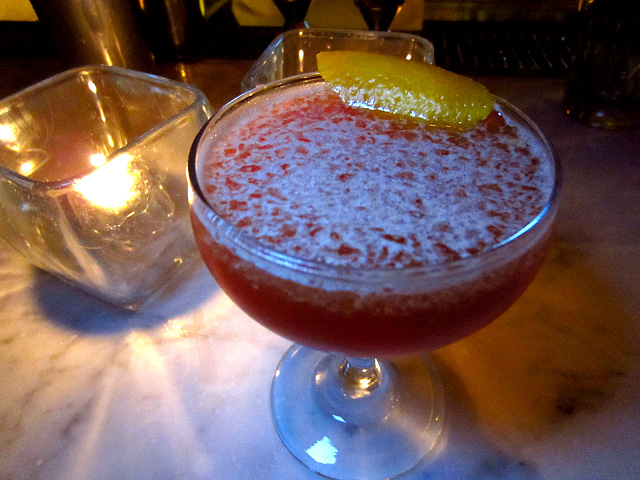 Following are the remaining drinks on the Fall Cocktail Menu, which I am eager to work my way through. 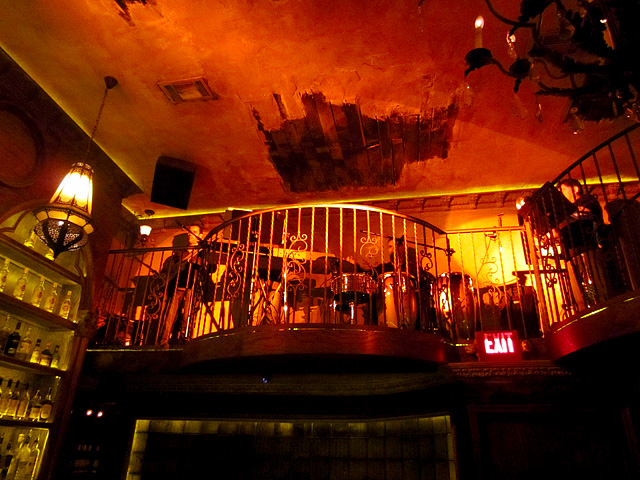 The Conganas are up there somewhere, playing Salsa and vintage Latin music.

Livigni said that guests have clamored for more live music to dance to, so along with the new drinks, La Descarga is now dedicating Wednesday nights to music and dancing. Lead by Christian Moraga, The Conganas are playing live Salsa and vintage Latin music all night every Wednesday. As Livigni said, “it’s turned into the best night to get your Salsa fix and beat the weekend crowds.” Indeed, with plenty of room to move around, sipping an Aperol M’ama while The Conganas are laying down the grooves becomes that much sweeter of an experience.