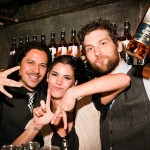 A Night of Distinctive Cocktails with The Black Grouse

By thirstyinla On December 4, 2011 · Add Comment · In Events, Tastings

Originally developed for the Swedish market as a special peated version of The Famous Grouse, The Black Grouse Blended Scotch Whisky celebrated its Los Angeles debut last month at Harvard & Stone, an event that kicked off the Distinctive Bartenders Tour. The tour continues in Chicago this month, followed by Miami and a final stop in New York. 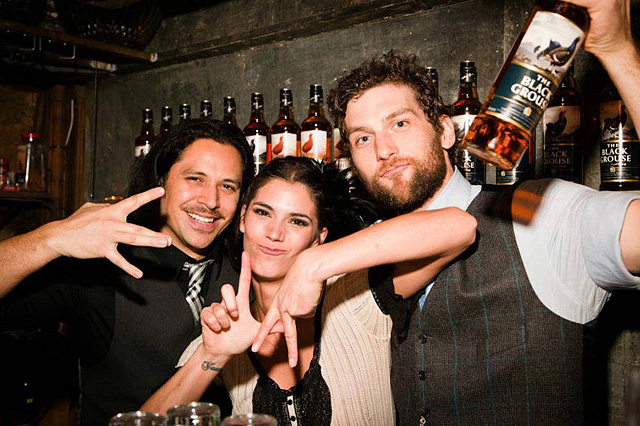 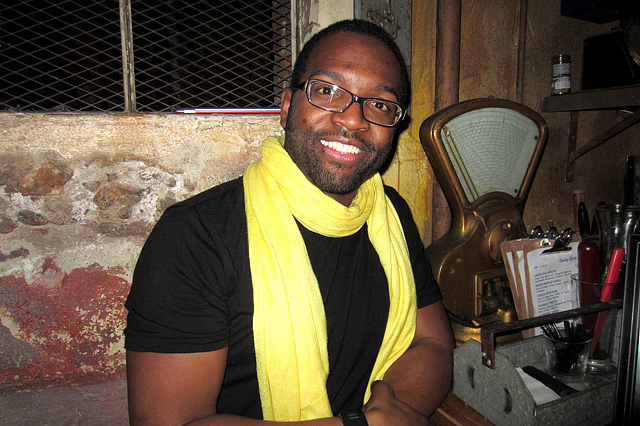 Lindsay Nader (Harvard & Stone), Jason Bran (Roger Room) and Joseph Brooke (Next Door Lounge) created cocktails to showcase The Black Grouse, which was awarded 94 points (out of 100) and described as a “real treasure” in Jim Murray’s Whisky Bible. The event was hosted by comedian Baratunde Thurston, Digital Director for The Onion and author of How to Be Black. 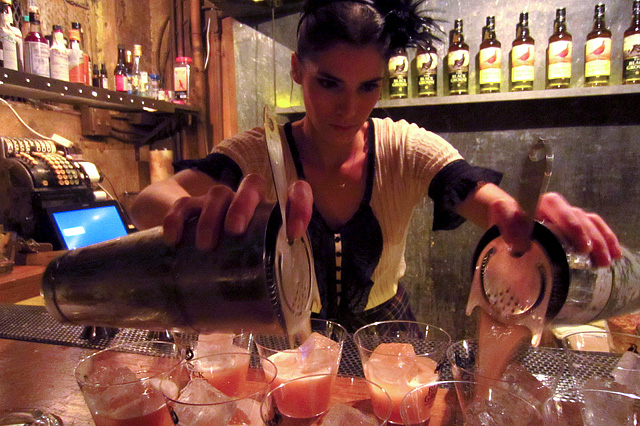 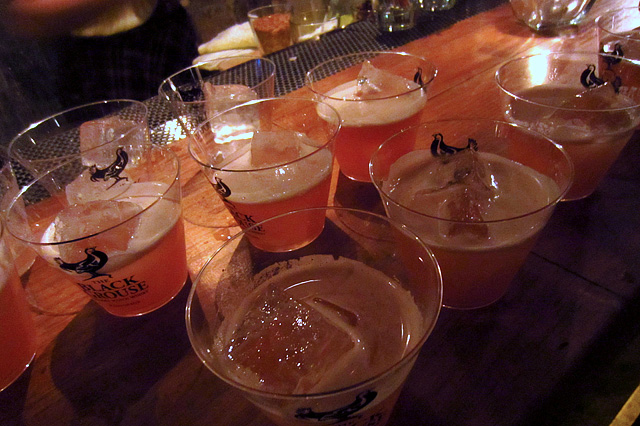 The Bird with the Crystal Plumage

We were welcomed with Nader’s The Bird with the Crystal Plumage, made with The Famous Grouse, Pineau Cherantes (French fortified wine), pineapple juice, lemon juice, sugar and Angostura Bitters, topped with soda. To go with the welcome cocktail, we noshed on appetizers from Made by Meg. 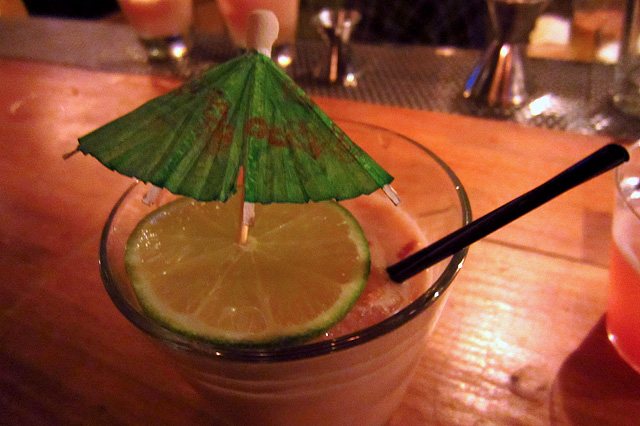 Sean Connery at the Beach

Each bartender featured two Black Grouse cocktails. Guests were asked to vote for “the most distinctive” of each pair of drinks by leaving straws in the appropriate cup. Judging from the overflow of straws, Nader’s Sean Connery at the Beach was the landslide favorite of her two cocktails. Made with Black Grouse, lime, coconut syrup, Passao passionfruit liqueur and topped with toasted coconut shavings, it definitely embodies the “distinctive” spirit by showcasing the whisky in a fun, tropical context.

Despite its pummeling in the polls, I enjoyed Nader’s other cocktail, The Aspiring Gentleman: Black Grouse infused with cardamom and sarsaparilla, Cocchi Americano, Gran Classico Bitter, topped with cava. 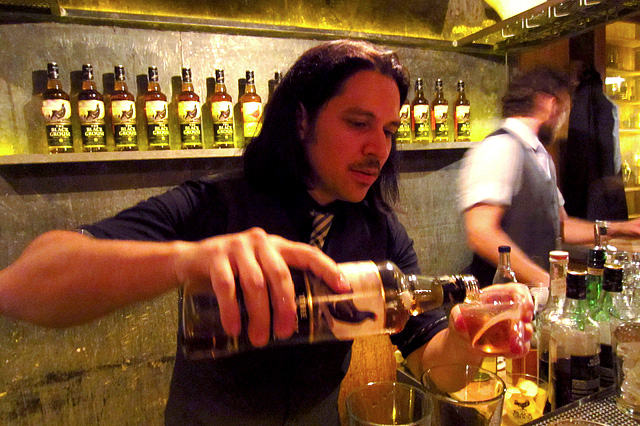 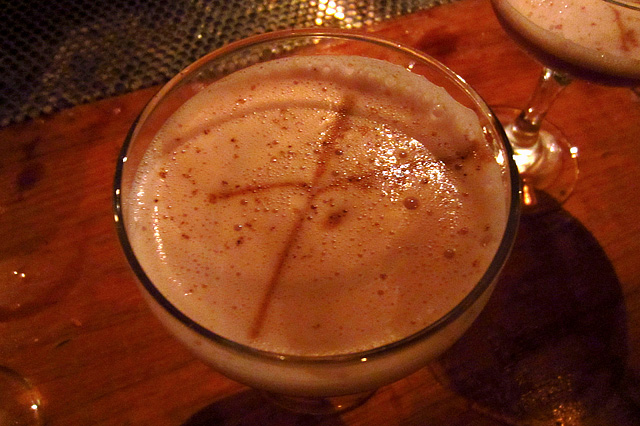 Next up was Bran, whose Smoked Cherry Sour was deemed the most distinctive. A nice variation on a whiskey sour, the Smoked Cherry Sour is made with Black Grouse, lemon juice, Marasca cherry syrup, egg white, Fee Brothers Aztec Chocolate Bitters and cracked clove. 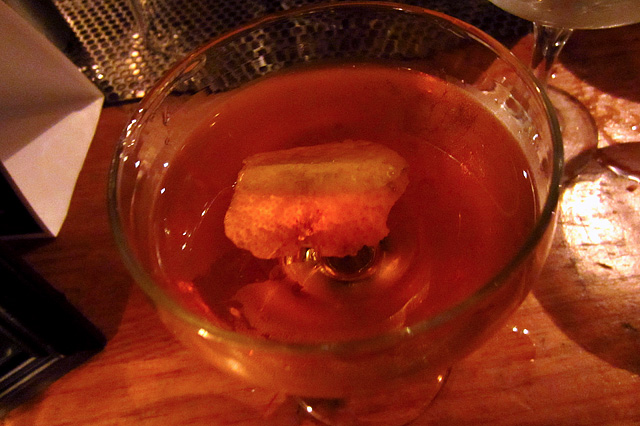 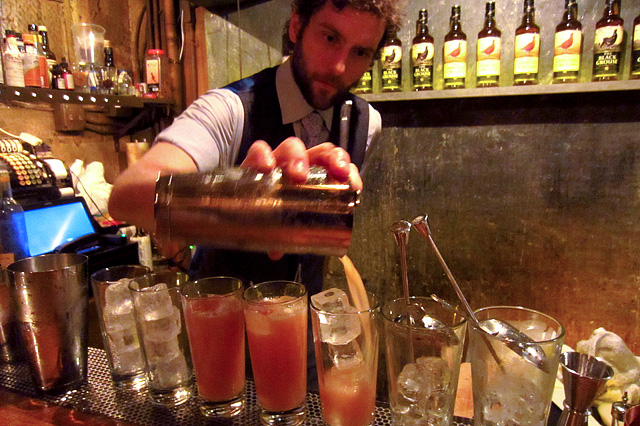 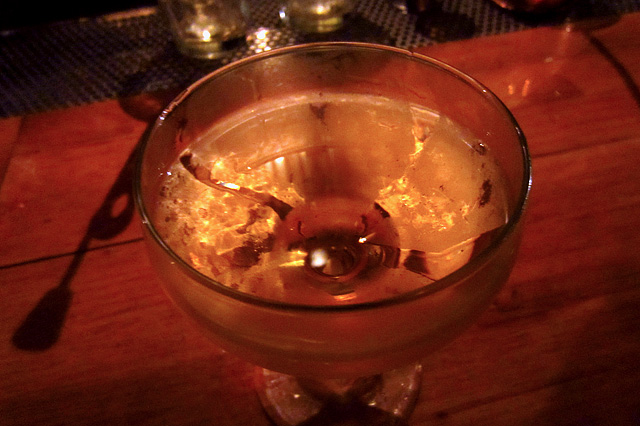 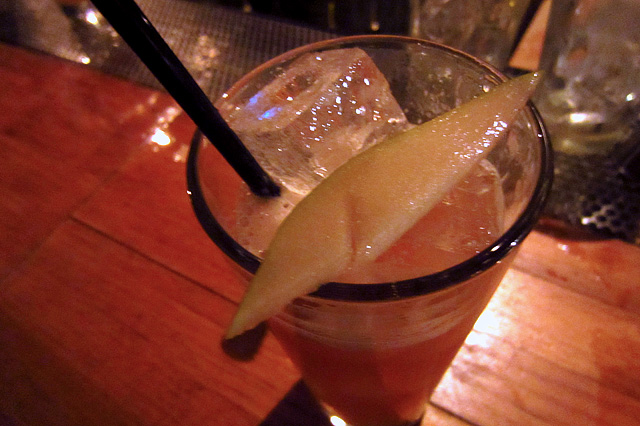 Just as sippable (though apparently not as “distinctive”) was his Scot’s Pear, made with Black Grouse, pear juice, lemon, ginger syrup, tawny port and simple syrup.

More photos from the Distinctive Bartenders Tour can be viewed at the Thirsty in LA Facebook page. 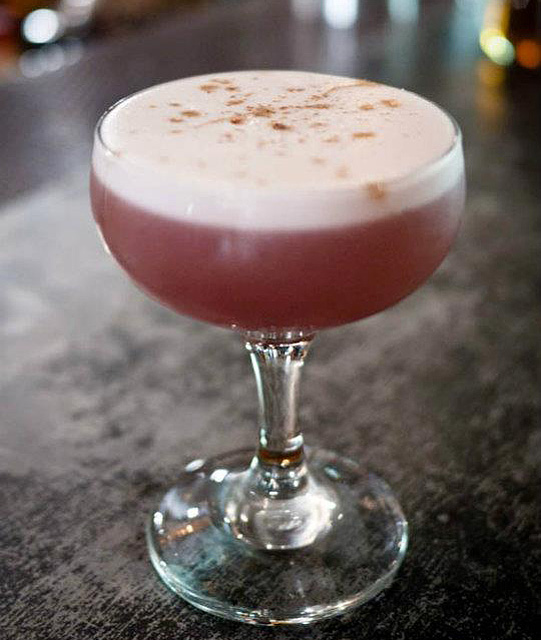 Following are the recipes for the Black Grouse cocktails chosen as the Most Distinctive by straw vote.

Sean Connery at the Beach
Created by Lindsay Nader
Ingredients: