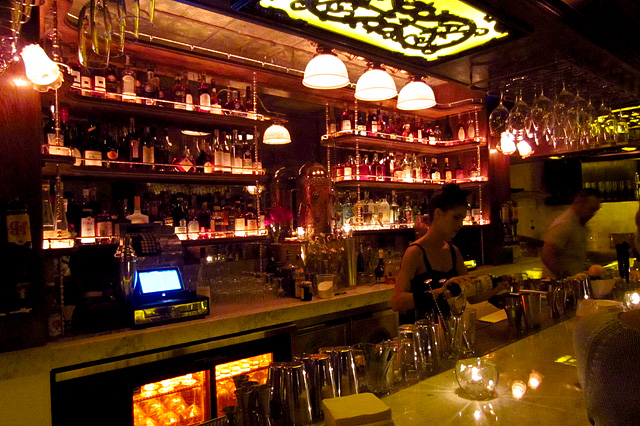 After an extended buildout that continued to generate anticipation over the last several months, Pour Vous is now open at long last. Mark and Johnny Houston (owners of Harvard & Stone, La Descarga et al.) have transformed the former Forty Deuce space into a Salon de Champagne, with Steve Livigni and Pablo Moix heading an all-star team that includes bar manager Dave Fernie, Adrian Biggs, Devon Espinosa and Lindsay Nader. Pour Vous warmed up for its Thursday night debut by hosting a couple of preview nights earlier this week, and on Tuesday “sexy” seemed to be the word on every guest’s lips.

While La Descarga evokes crumbling Old Havana and Harvard & Stone has the aged patina of a World War II-era factory, Pour Vous exudes a classy, underground Parisian vibe. The bar is the first thing that greets guests when they enter from Melrose, and it’s a looker indeed. The centerpiece is a gleaming copper cappuccino machine that’s been repurposed to house beer taps. Marble is a prominent element throughout Pour Vous, from the bar to the table tops. Plush banquettes offer cozy and comfortable seating, perfectly suited to the sultry Gallic atmosphere. An outside patio and smoking area features a refurbished trolley (not available during the preview) that Moix said people can sit inside. Can you say rendezvous? 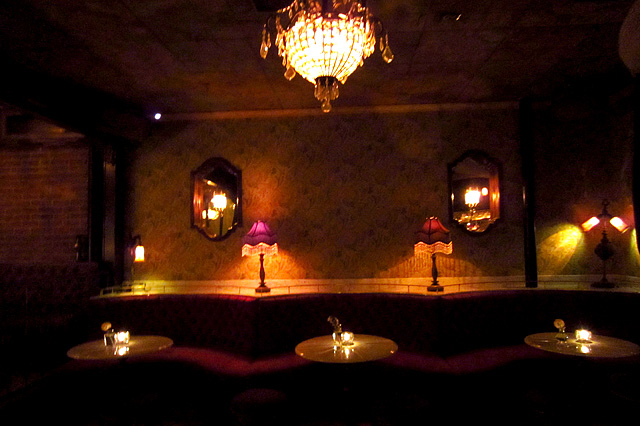 With a golden, domed skylight above and a crackling fireplace, the most coveted seats are sure to be at the cocktail tables in the lower lounge. 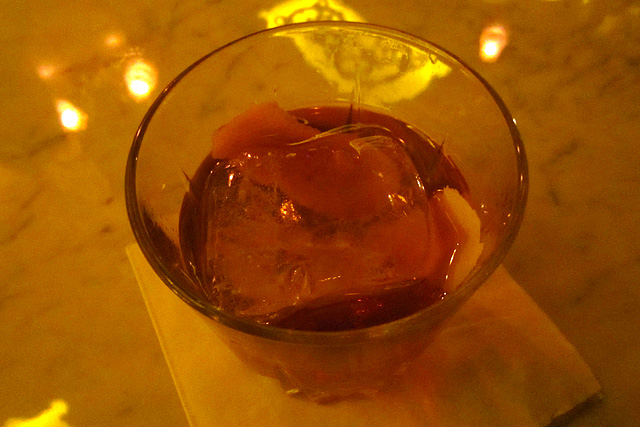 Moix said that his role in creating the Pour Vous cocktail menu was like that of a conductor, offering suggestions and opinions while Fernie did the heavy lifting. The opening drink list of 25 cocktails is a collaborative effort, featuring contributions from each of the bartenders.

You know you’re in for a good time when your night starts with a Ménage à Trois: Roger Groult Reserve Calvados, Bache Cognac, Angostura Bitters, Regan’s Orange Bitters and evaporated cane syrup. Served over a big cube in an Old Fashioned glass, this was the perfect sipper to check out the intimate space as it quickly filled up with well-wishers. 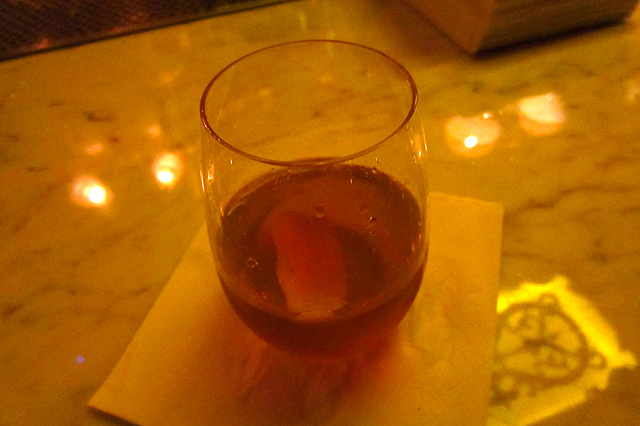 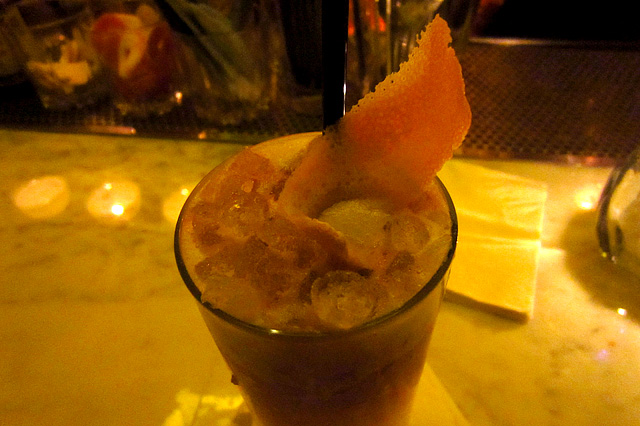 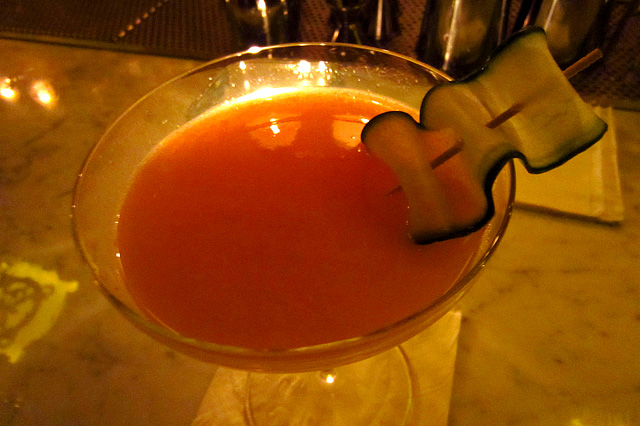 Then came Nader’s superb Lapin Fou (“Silly Rabbit”): eau de vie de poire (pear brandy), fresh carrot juice, fresh lemon juice, yellow chartreuse, ginger syrup, cane syrup, garnished with a cucumber ribbon. Though I have a ways to go before I get through the entire opening list, it’s going to be hard to top Le Lapin Fou, a wonderfully balanced and nuanced cocktail that actually gets even better as it opens up. Fellow imbibers seemed to agree; the bright orange cocktails were flying out of the bar at a rapid clip. 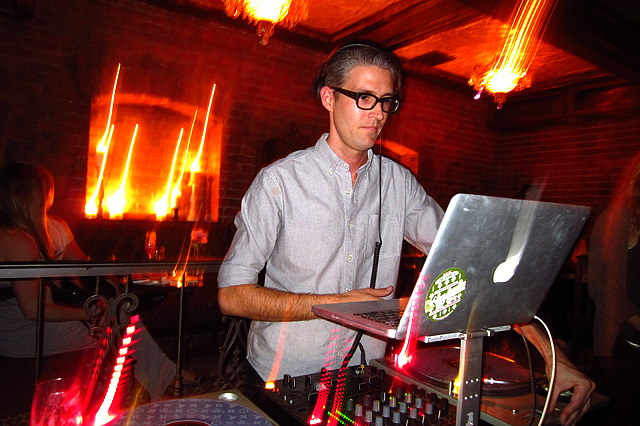 Music is an integral part of all the Houston-owned venues, and as the night went on DJs (including Livigni) stepped behind the decks to lay down a thumping house groove. A fellow bar patron commented that the loud beats didn’t seem to match the decor. I was about to agree, when as if on cue a lovely lady behind us told her friend, “I LOVE this music!” (This is why I don’t own a bar, I only drink at them.)

While there isn’t a dress code per se, like La Descarga this is a place where you’ll want to look sharp. Because of the venue’s limited capacity, Moix noted that there will be a “tight door.” That said, Pour Vous is accepting reservations for groups of eight or more. It shouldn’t be hard to find seven friends to join you in spending a midnight in Paris. But if you still need help convincing them, beginning next week, Pour Vous will be serving oysters, chocolate and cheese. Ooh la la!

More photos of Pour Vous at the Thirsty in LA Facebook page.