An Evening of Tiki at The Spare Room 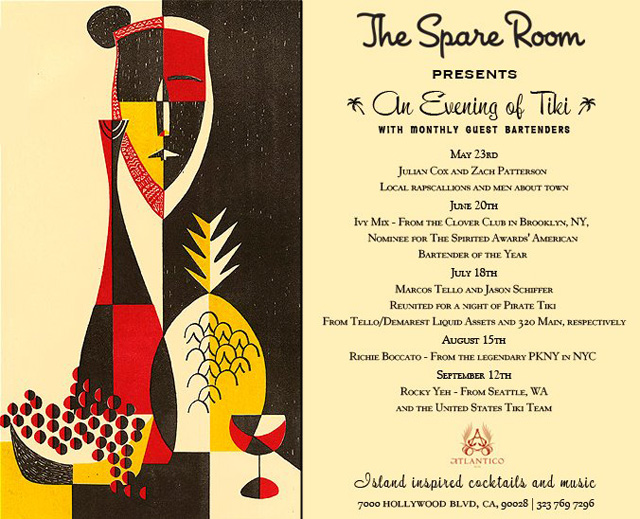 Start doing your liver stretches, friends. Eveleigh recently concluded the Fourth Round of its Guest Bartender Series, just enough time for thirsty Angelenos to catch their breath before another bar debuts a guest bartender series of its own. On Wednesday, May 23, The Spare Room launches An Evening of Tiki, a monthly series of “island-inspired cocktails and music,” featuring guest bartenders from LA and across the country. It’s a stellar lineup that includes several Tales of the Cocktail 2012 Spirited Awards finalists, starting with The Spare Room itself, one of the top ten finalists in the World’s Best Hotel Bar category. 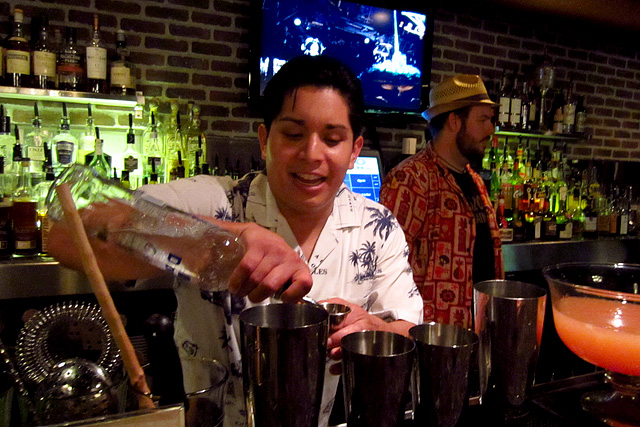 Marcos Tello gets his tiki on at 320 Main.

On July 18th, two of the principals from last year’s excellent Tiki Nights at 320 Main are reunited when Marcos Tello (Tello Demarest Liquid Assets) teams up with 320 Main owner Jason Schiffer for a night of “Pirate Tiki.” New York is in the house again on August 15th, when Schimek welcomes Richie Boccato of PKNY, a 2011 Spirited Awards nominee for World’s Best New Cocktail Bar. 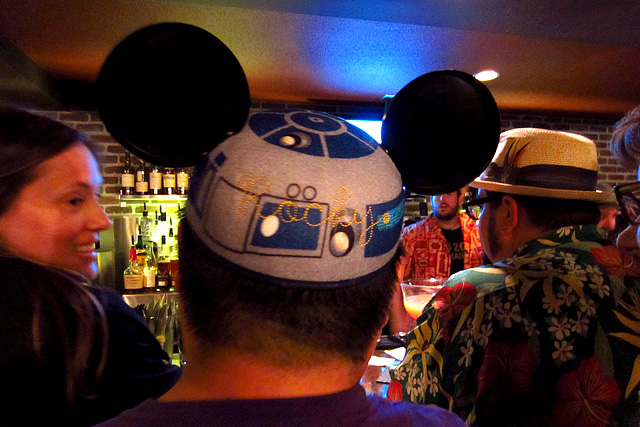 Rocky Yeh will make The Spare Room the happiest place on Earth in September.

The series concludes on September 12th with Seattle’s Rocky Yeh, who will bring it home as only a member of the U.S. Tiki Team can.

It’s not even Memorial Day yet, and the Summer of 2012 is about to begin in earnest. Okole maluna!

For photos of the An Evening of Tiki series, please visit the Thirsty in LA Facebook album.