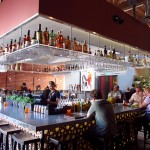 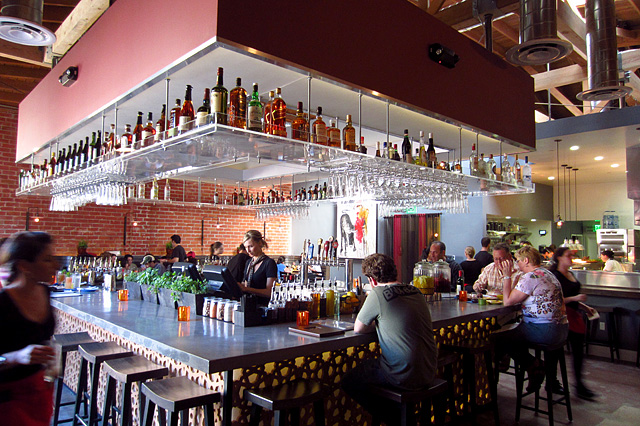 Following last year’s launch of The Federal Bar, Knitting Factory Entertainment CEO Morgan Margolis opened Bow & Truss this past weekend, his second venue in the burgeoning NoHo Arts District. The Bow & Truss menu is a collaboration between Knitting Factory Entertainment’s Executive Chef consultant Shad Davis and Executive Chef Stefhanie Meyers (previously the Chef de Cuisine of The Federal Bar), who worked under John Sedlar at both Rivera and Playa. Meyers said the cuisine has a “traditional Spanish influence with a modern flair and will focus around both tapas and family style plates.” Cocktail aficionados in the 818 will be glad to know that the drink menu and spirits list were created by Aidan Demarest and Marcos Tello of Tello Demarest Liquid Assets. 1886 Bar’s Garrett McKechnie had a substantial role in creating the Bow & Truss cocktails, and sure enough he straw tasted drinks throughout the soft opening night. Demarest and Tello were also in the house, and along with McKechnie they will be onsite for the next few months. 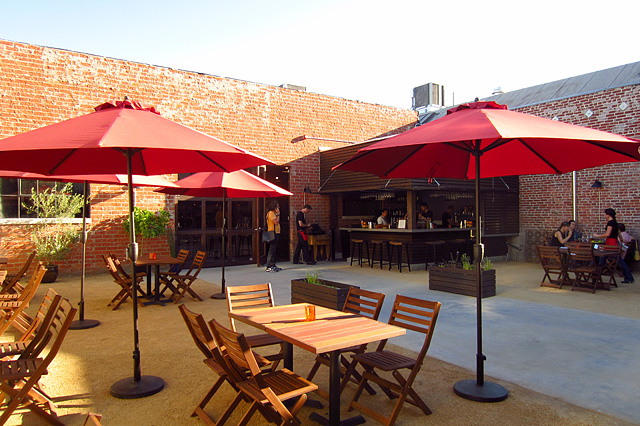 After walking through the expansive patio, guests can take a seat at the central bar inside the 3,000 square-foot dining area, or opt for a booth or table elsewhere in the loft-like space. There are also stools in front of the open kitchen for those who want to watch the culinary action up close. The patio is a work in progress, but will surely be a popular choice in the months ahead. It’s hard to believe that Bow & Truss used to be an auto body shop; Beth Holden of New Theme Inc. has done a stellar job with the architectural and interior design. 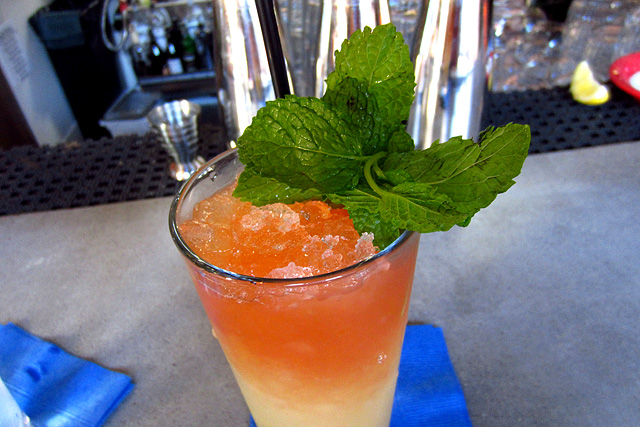 As I looked over a Signature Cocktails list that prominently features sherry in its drinks (priced at $12), Demarest said it’s the most unique menu that Tello has done to date. Tello joked that it wouldn’t be one of his menus if there weren’t a few swizzles in there. Speaking of which, I began with the Dolores Park Swizzle, created by Death & Company’s Thomas Waugh when he was at The Alembic in San Francisco: Milagro Anejo Tequila, Amontillado Sherry, ginger, and lime. It was the perfect sipper for a warm evening, and I’d be just as happy to enjoy a few of them while relaxing on the patio. 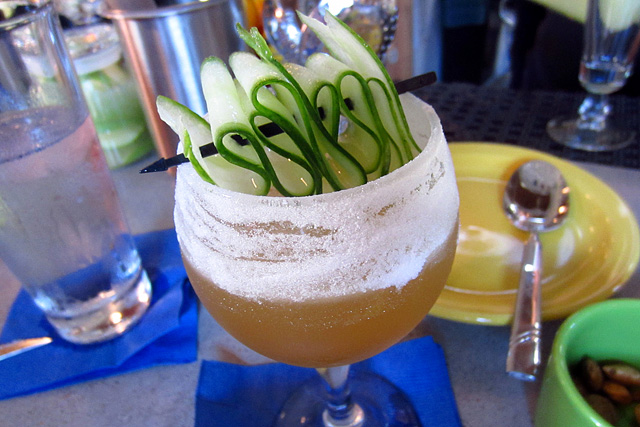 For round two, my friend ordered the Pio Pico Crusta: cucumber, Palo Cortado Sherry, Maraschino and lemon. According to the menu, the name refers to Don Pio Pico, the “last Mexican governor of Alta California province [who] controlled a large portion of the Valley before selling his half-interest to Isaac Lankershim.”

I went with the Amestoy Swizzle, named for the family of Basque immigrants who were “the last family to own and work the historic Encino Rancho.” It’s another ideal match to season and cuisine, made with Spanish Brandy, Amontillado Sherry, Velvet Falernum and apple juice.

For dinner we chose dishes from several sections of the menu, sharing the well-executed appetizers and entrees and remarking more than once that our second round drinks paired quite well with our food. 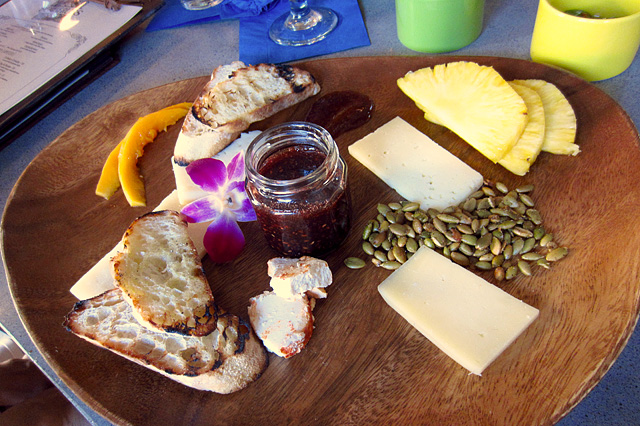 Guests can opt for a three-cheese plate ($12) or our choice, five cheeses for $15 that are served with fresh pineapple and papaya, fresh berry jam, toasted Marcona almonds and toasted bread. 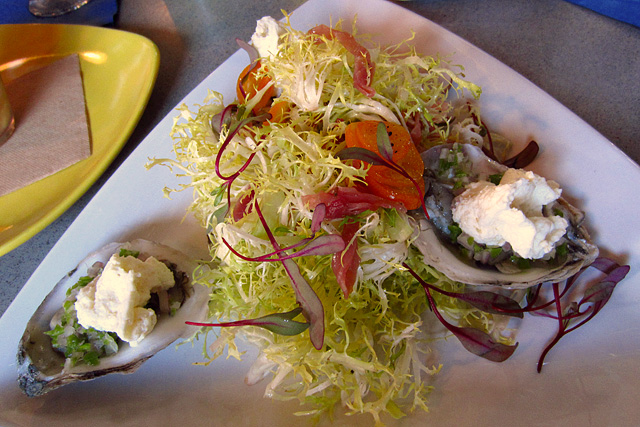 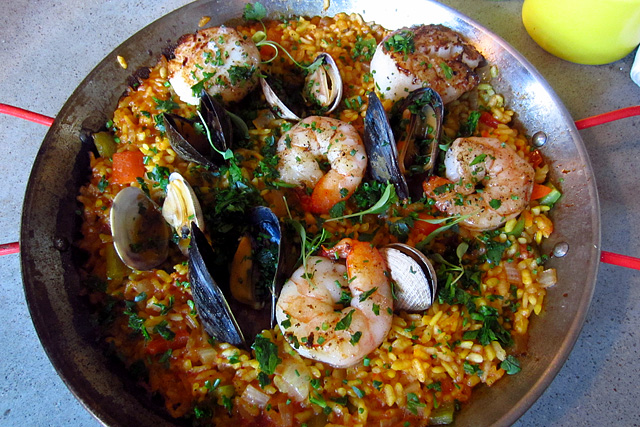 The paellas in the Para Compartir section can serve one or two, and our large Shelled Paella was excellent; the perfectly seared scallops in particular were outstanding.

Even though it was a soft opening, it was apparent that the word had spread about the Bow & Truss debut. A steady flow of guests continued throughout our meal, though it never got too crowded or noisy. The kitchen was on point, and the veritable army of friendly staff ensured that everyone enjoyed their first visit. With its top notch cocktail and spirits list, straightforward and sophisticated cuisine, and a design that any Downtown loft dweller will appreciate, Bow & Truss is exactly what the lively neighborhood needs.