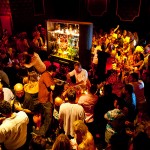 Tales of the Cocktail 2012: Employees Only at One Eyed Jacks 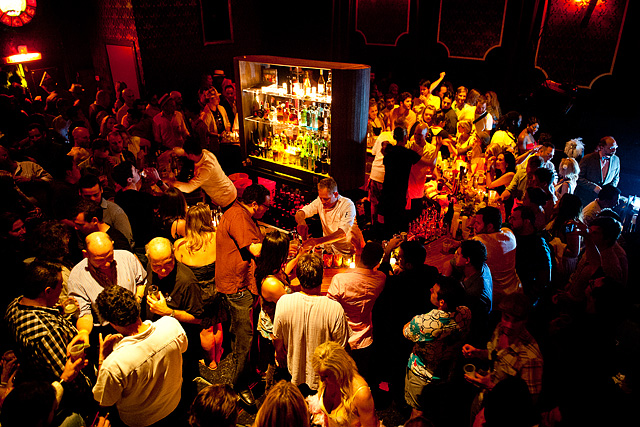 On Thursday night of the 10th Anniversary Tales of the Cocktail, Employees Only (“EO”) took over One Eyed Jacks for a night of craft cocktails, gourmet hors d’oeuvres, live music, burlesque and “other unspeakable delights.” The 2011 Spirited Awards winner for World’s Best Cocktail Bar outdid itself by bringing in principal bartenders, special guests, chef Julia Jaksic and other flourishes to recreate the EO experience inside the Toulouse Street venue.

The highly-anticipated pop-up was the official afterparty for the 30 Spirited Dinners that were taking place throughout New Orleans that night. The Spirited Dinner series has become a Thursday night tradition at Tales, featuring top bartenders and renowned chefs from around the country collaborating on cocktail and culinary pairings. 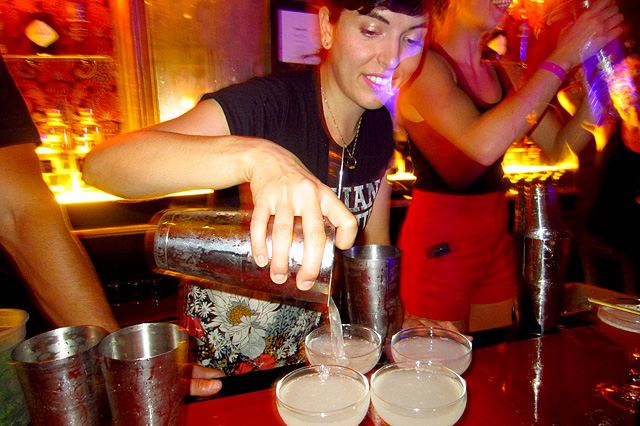 As the Spirited Dinners were wrapping up, the EO pop-up was just getting started. Guests that were able to fight their way through the scrum at the entrance were greeted with drinks made by some of the fantastic Ladies United for the Preser­vation of Endan­gered Cock­tails (LUPEC). 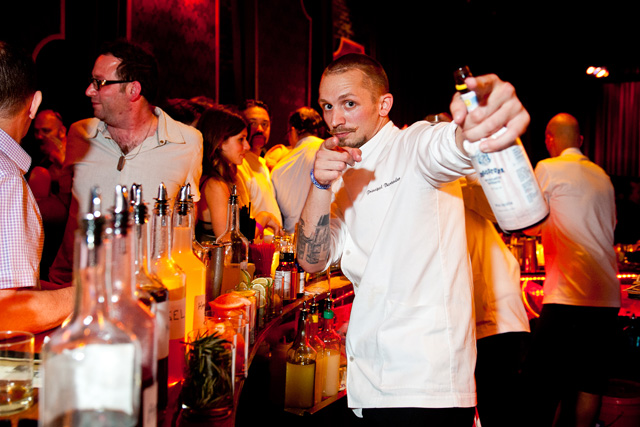 While LUPEC was shaking up the front bar, the EO crew was throwing down in the main room. Among the new cocktails that were featured every hour were a pop-up version of the Old Fashioned and the Ready, Fire, Aim, which was a huge hit with the thirsty crowd. (See below for recipes.) 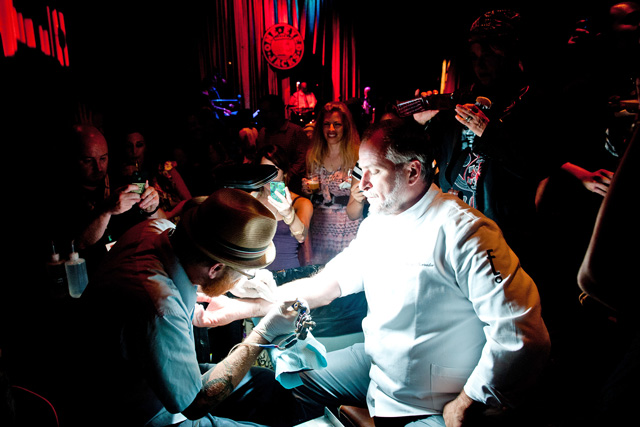 At the EO Tattoo Parlor near the main bar, over three dozen industry professionals went under the needle to get an EO tattoo, which guarantees a free first drink for life at the West Village bar. One girl reportedly got two EO tats; no word if that means she gets two free drinks as well. 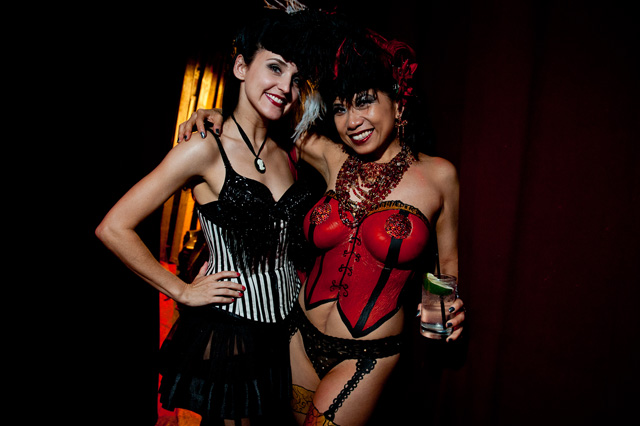 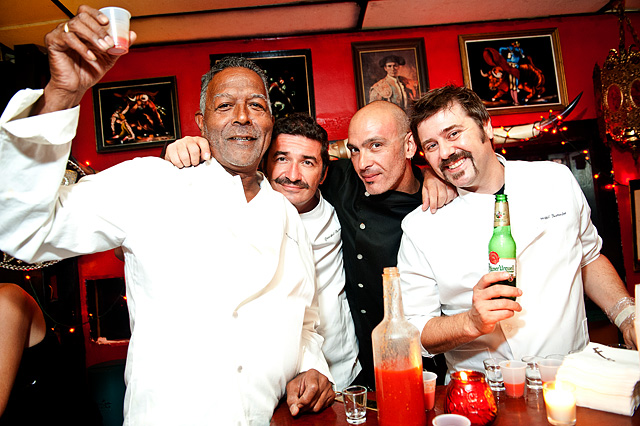 In a rare gathering of all of the EO owners, Billy Gilroy, Igor Hadzismajlovic, Jason Kosmas, Henry LaFargue and Dushan Zaric were behind the stick in the upstairs “NASTY Bar” serving shots to close friends throughout the night. 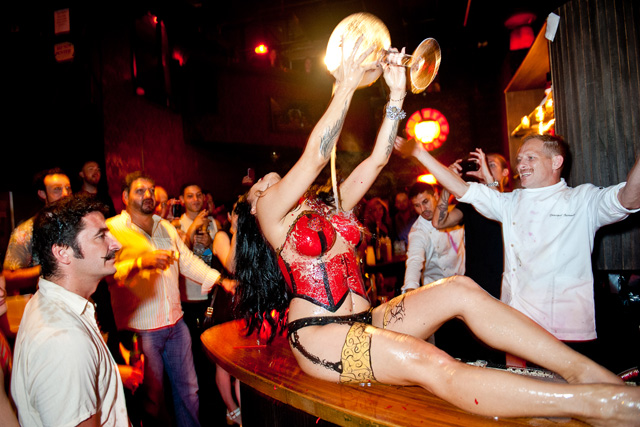 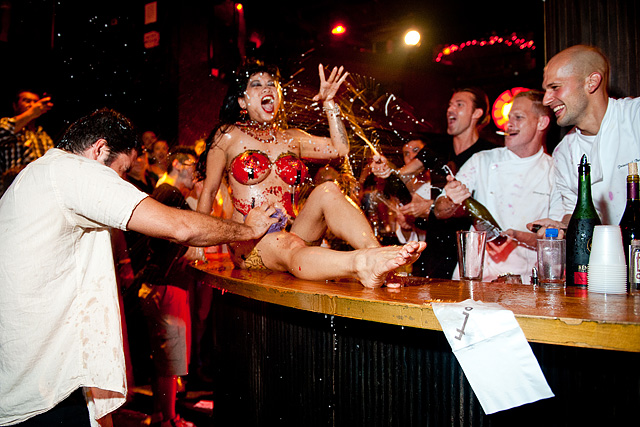 ...with a little help from Employees Only.

The event was especially meaningful for New Orleans native Henry LaFargue, who was able to “bring his two homes together.” 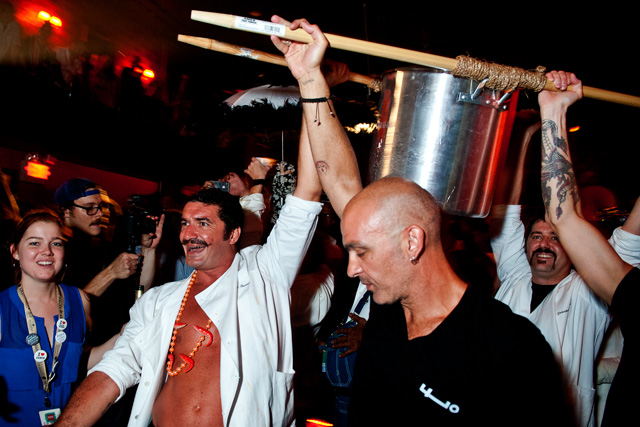 La Fargue led the way as the team brought in a pot of Jaksic’s signature chicken soup, which is served free to EO guests after 4am to send them home. 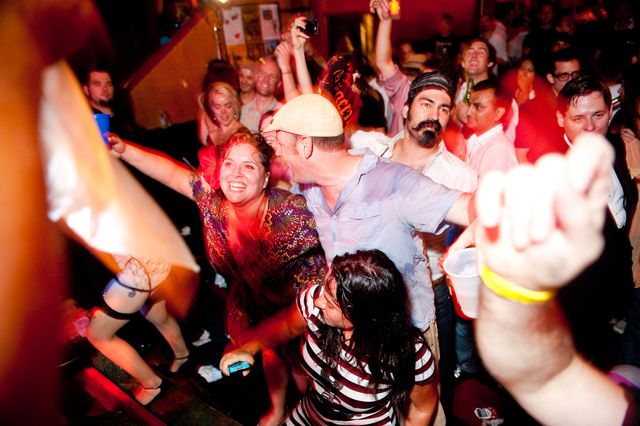 Employees Only shifted Tales into high gear with its epic takeover of One Eyed Jacks. Heavy hitting events like the Bar Room Brawl, Pig & Punch and the Spirited Awards were still ahead, but on this night New Orleans belonged to EO. 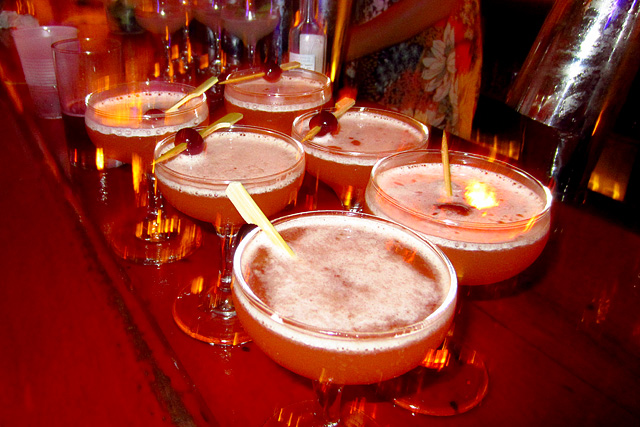