September 17: The Bad Seed at Big Bar with Patty McCormack 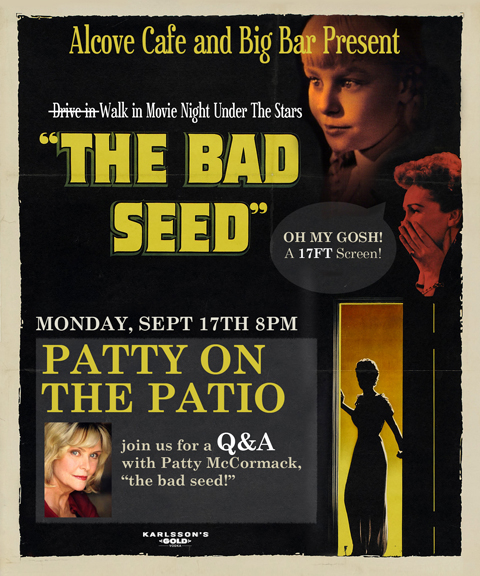 Hot on the heels of the recent launch of its new cocktail menu, Big Bar is closing out its popular Drive-In Walk-In Movie Night series in a big way with an outdoor screening of The Bad Seed on Monday, September 17th. The 1956 cult classic received four Academy Award nominations, including two for Best Supporting Actress: Eileen Heckart (as Mrs. Daigle) and the “Bad Seed” herself, Patty McCormack. McCormack will attend the screening at Big Bar and participate in a Q&A on the patio afterwards.

There’s no cover for Walk-In Movie Night, but patio seating for these screenings always fills up fast, and with the added attraction of Patty McCormack in the house, early arrival is highly recommended.