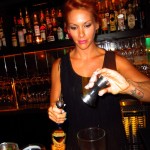 Following on their successful 2009 launch of The Hudson in West Hollywood, owners Beau Laughlin and Brett Cranston opened The Churchill in October 2011. Laughlin and Cranston are taking their West Third Street gastropub to the next level by hiring Bagatelle’s opening manager Patrick Cabido as its Operations Manager, as well as enlisting bartender Mia Sarazen to revamp the cocktail list. In creating the new menu, Sarazen took the entire industrial-chic space as well as The Churchill’s regular clientele into consideration. The result is a classically-driven, approachable menu that benefits from Sarazen’s sure hand and fresh, seasonal ingredients.

Sarazen launched her menu a couple of weeks ago, and even though I couldn’t make it that night, I did give into temptation and jealously followed tweets from fellow imbibers like Caroline on Crack:

While I could read testimonials like that all day, it’s probably best to recap a hosted tasting of The Churchill’s cocktail menu, which took place the week after its debut. In addition to the cocktails, Sarazen is also looking forward to upgrading the beer list. Her excitement about a staff tasting the next day was palpable, and if all goes well the new handles will be unveiled by the time this post goes live. The Churchill is transitioning to a new menu by chef Bruce Kalman (previously at The Misfit), who presented several dishes during the tasting that reflect his farm-to-table approach, an ideal complement to Sarazen’s cocktails. 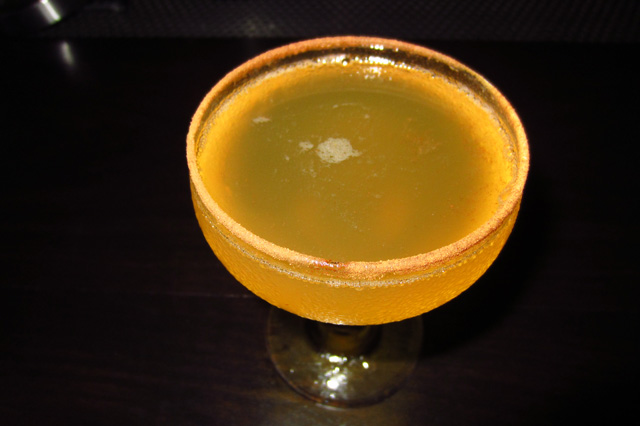 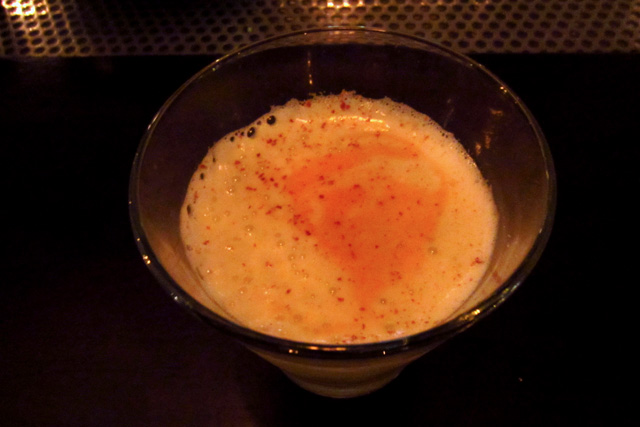 The sweet and floral Kappa Pisco anchors The Grapes of Wrath, another balanced and approachable cocktail that also includes lime, pineapple, egg whites, bitters and cinnamon. 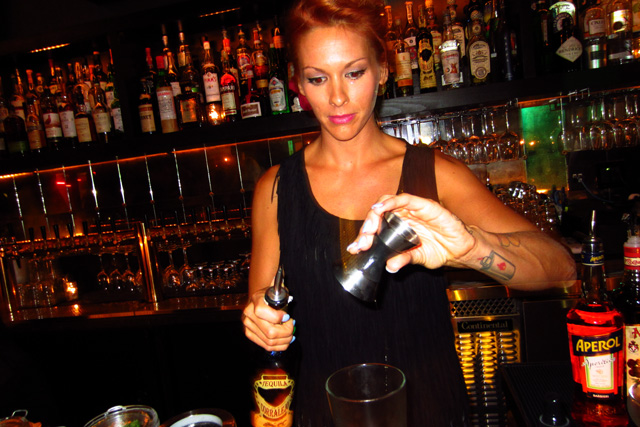 Then it was time for the Thirsty in LA, made with Corralejo Reposado, Aperol, CioCiaro Amaro and a mezcal mist. Inspired by a tequila-based Negroni variation that Sarazen had improvised for me at last year’s grand opening party at Neat, the Thirsty in LA is a bitter, stirred aromatic that opens up with subsequent sips. It’s hard to be impartial with such an homage, but judging by the reactions from fellow imbibers I’m not the only one who really enjoys this wonderful sipper. 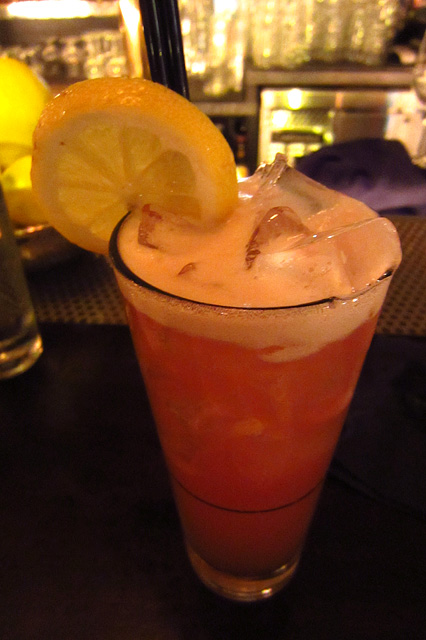 Next was the Rye 2 Ways: Bulleit Rye, dry vermouth, grenadine, lemon. As its name suggests, Sarazen’s version of the Scofflaw can be ordered one of two ways: the traditional preparation served up, or the option of adding Allagash White for a Fizzy & Tall. Sarazen said the Allagash has citrus notes that goes well with the Scofflaw, and while the bright and refreshing Fizzy & Tall is ready-made for warm weather imbibing, my preference is for the classic stirred cocktail. 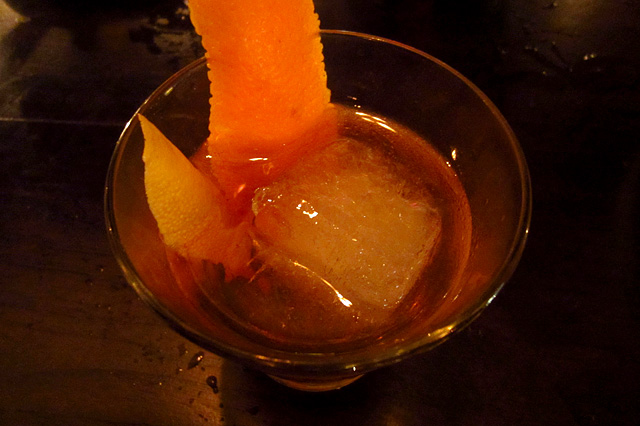 After she was first approached to create The Churchill’s cocktail menu, Sarazen walked the space and the first cocktail that came to mind was the Old Fashioned. From that initial inspiration comes The Churchill Old Fashioned: Old Fitzgerald bourbon, house bitters, sugar. It’s a superb version of the essential cocktail, one that immediately goes on the short list of the city’s best. Heaven Hill’s bottled in bond bourbon is like a wheated sibling to its acclaimed Rittenhouse 100, and Sarazen’s Old Fashioned could single-handedly bring Old Fitz into vogue around these parts. Her secret weapon is her homemade bitters, which went through several iterations before she arrived at the version that gives her Old Fashioned its depth. Former Areal head bartender Rich Andreoli, who had stopped by the tasting at this point, shook his head and said The Churchill Old Fashioned is so good “it’s stupid.” 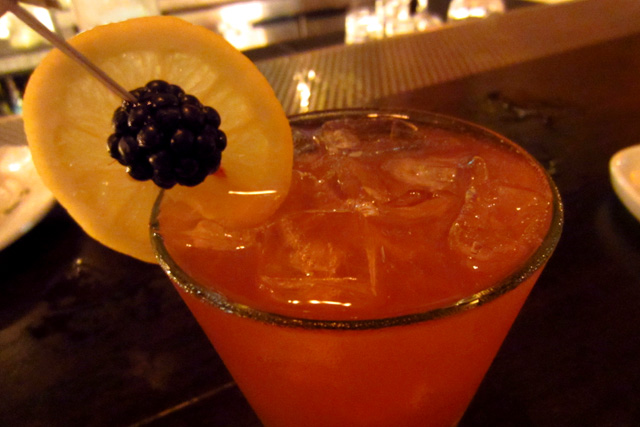 The Old Fashioned would be a hard act to follow for any cocktail, even more so for a cocktail designed for wide appeal like the Amelia: Ketel One, lemon, St. Germain, Crème de Violet, blackberries. Nothing wrong with this vodka-based take on the Aviation, and it will surely do well with guests who want something familiar and easy-going. But a couple of sips were all I needed to make me want an Old Fashioned for myself.

Finally came The Statesman: Famous Grouse, apricot, lemon, baked apple bitters, sparkling wine. Sarazen said she loves scotch cocktails, and feels there aren’t that many fizzy ones at that. Hence this tweener cocktail that’s equally at home on the patio by the fireplace, or during The Churchill’s daily brunch.

Its central location already made The Churchill a popular neighborhood destination for mid-city locals and Third Street shoppers alike. Cocktail aficionados will come calling soon enough as word spreads about that Old Fashioned and Sarazen’s other creations.

For more photos from The Churchill, please visit the Thirsty in LA Facebook page.