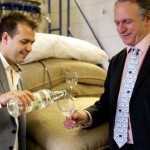 With the motto “Noise and Spirits,” The 86 Company is poised to make a splash with its new releases, which are currently making their way to bars in select markets across the country. Garnering attention should be no problem for The 86 Company, considering its principals include Simon Ford, one of the most influential figures in the spirits industry; and Jason Kosmas and Dushan Zaric, two owners of the acclaimed Employees Only and the authors of Speakeasy. While The 86 Company homepage doesn’t have much content at the moment other than “a few badass ducks,” there are plenty of photos and links being shared on its Facebook page.

On Monday, October 15th, Simon Ford and Dushan Zaric will be behind the stick for The 86 Company Launch Party, taking place in the R&D Bar at Harvard & Stone. The event will feature cocktails that showcase three of The 86 Company’s releases: Fords Gin, Caña Brava Rum and Aylesbury Duck Vodka. Luke Reyes (The Corner Door) is the R&D guest chef every Monday in October, and he’ll be serving small plates to pair with The 86 Company’s cocktail offerings. In the main room, DJ Sophia Audain will be spinning rock, oldies and R&B from 10pm onwards. 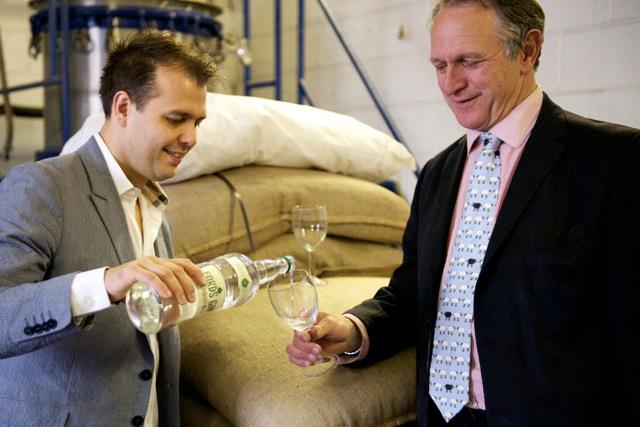 The first time I tried Fords Gin was at Black Market Liquor Bar, where Pablo Moix pointed out the bottle’s numerous bartender-friendly design touches, including the measurements on the side that are useful for inventory, or batching after the bottle is emptied. Ford worked with Charles Maxwell, the 8th generation Master Distiller at Thames Distillers, to develop Fords Gin. They arrived at the final formula on February 29, 2012 after testing dozens of formulas in hundreds of Martinis, Gin & Tonics and Sours. 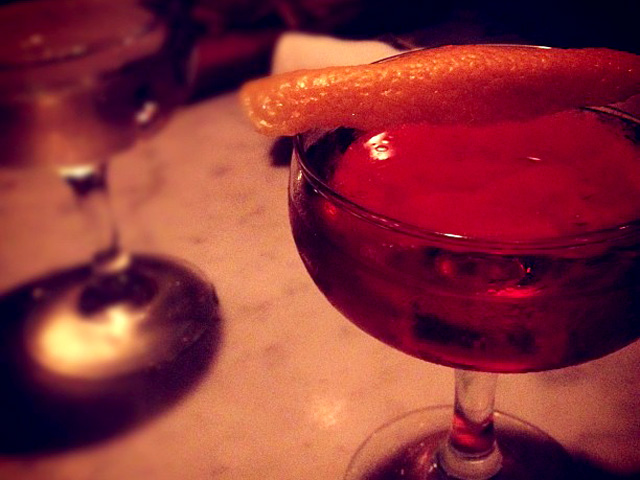 Fords Gin is made with nine botanicals, as described on its recipe label: juniper and coriander (“The Backbone”); cassia bark and angelica (“The Spices”); jasmine and orris (“The Florals”); lemon, bitter orange, grapefruit peels (“The Citruses”). Created with mixability in mind, it’s a dry, floral and aromatic gin, with orange blossom and subtle citrus and juniper notes. It certainly worked well in the Negroni, Martini and Pegu Club cocktails that we sipped.

If Fords Gin is any indication, expect the same cocktail-friendly taste profile and thoughtfully designed packaging with The 86 Company’s Caña Brava Rum (a 3-year old aged and filtered rum made in Panama) and Aylesbury Duck Vodka, made from 100% winter wheat in the Canadian Rockies.