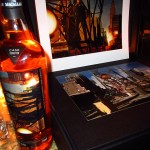 The Art of the Bottle: Campari and The Macallan Limited Editions

For imbibers with an eye for art, history and design, as well as anyone who loves to acquire limited editions and collectibles, it’s the season for hunting down unique bottles and digging into deep pockets. Campari and The Macallan are two of the international brands that have released limited edition bottles: the former with an update of an iconic image from the brand’s history, the latter with singular expressions that feature a newly commissioned series of photos from a legendary photographer. 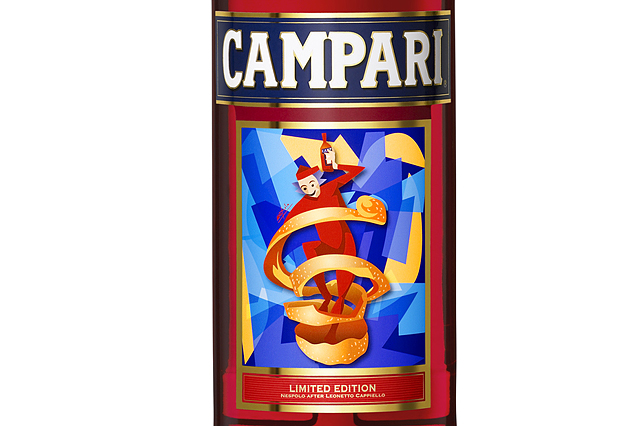 Campari has a longstanding relationship with art, one that dates to its creation in 1860 in Italy by Gaspare Campari. As part of its 150th Anniversary celebration in 2010, Campari created the Art Label Collection, three limited edition bottles with labels created by the art collective avaf (Assume Vivid Astro Focus) and international artists Vanessa Beecroft and Tobias Rehberger.

In October, Campari launched its 2012 Limited Edition Art Label, featuring a contemporary version of Leonetto Cappiello’s Spiritello, an advertising poster commissioned by Davide Campari in 1921 and one of the most iconic images in the bitter apéritif’s history. Cappiello is known as “the father of modern advertising,” thanks to his innovative poster design. Italian artist Ugo Nespolo pays homage to Cappiello’s original work by recreating the familiar red-clad figure, who seems to leaping from a spiralling orange rind. For his update, Nespolo has added a vibrant background of abstract shapes in shades of blue and beige.

“Having worked closely with Campari for a number of years, I have a comprehensive and deep understanding of the brand and its values,” said Nespolo. “As such, I’m obviously very familiar with the legendary ‘Spiritello’ design, and it’s a real honor for me to be asked to create a new interpretation of this beautiful artwork, originally created by such a celebrated artist.”

The original artwork by Cappiello is displayed at Galleria Campari, an art gallery located in Milan that showcases the history of Campari through modern and contemporary art, dating from 1860 to the present. Nespolo’s interpretation of Spiritello is on display in Galleria Campari’s Hall of Fame, alongside a series of other classic Campari artworks from the last century. 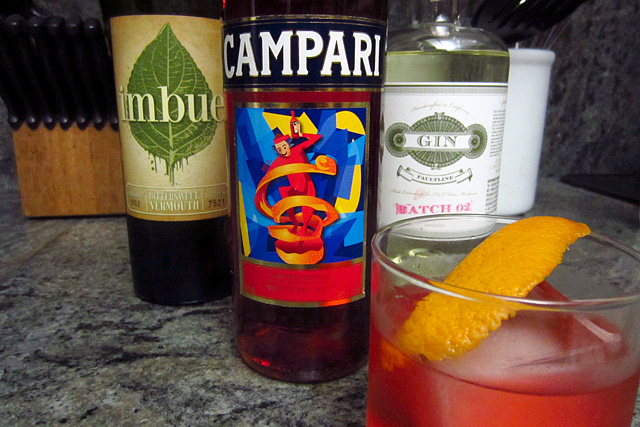 The label may be unique, but it's the same Campari in the bottle: a Negroni made with St. George Spirits Faultline Gin and Imbue Vermouth.

The 2012 Limited Edition Art Label can be found on 750 ml Campari bottles at select stores in major cities across the U.S. The special bottle is available for the retail price of $28. Whether it’s for personal use in classics like the Negroni, or a gift for someone with an appreciation for cocktails, art and design, the Campari Limited Edition Art Label is sure to be a conversation starter and a welcome addition to any home collection.

The Skyline by Annie Leibovitz | Photo courtesy The Macallan

The Macallan whisky maker Bob Dalgarno crafted four limited edition, single cask expressions inspired by Leibovitz’s images: The Library, The Gallery, The Bar and The Skyline. The four cask strength whiskies matured in different cask types to evoke the mood of the Leibowitz images on the labels. A total of 1,000 Masters of Photography: Annie Leibovitz Edition bottles have been produced, with a retail price of $2,750 per bottle. The bottle and print are presented in a custom photo-archival box, stamped with The Macallan brand and Annie Leibovitz ‘s name. Following a world exhibition tour that included stops in Hong Kong, Moscow, London and New York, the bottles are now available in the US. 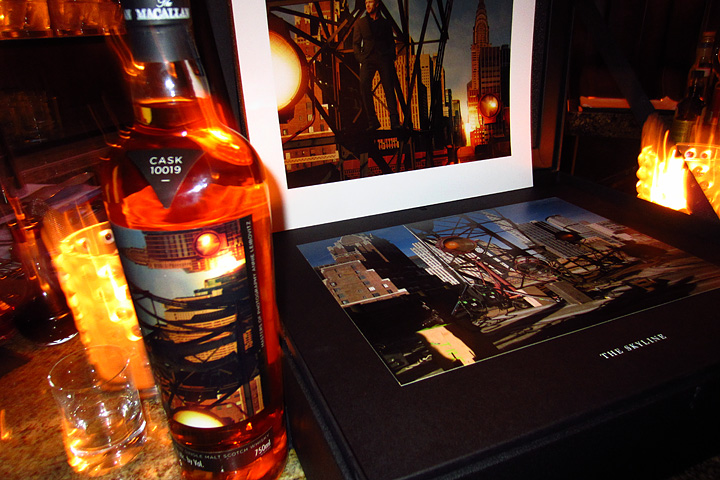 The Skyline presentation box at £10

Last week, The Macallan hosted a tasting event at £10, the intimate whisky lounge located in the Montage Beverly Hills. £10 will have a few Masters of Photography bottles for sale on-site beginning December 21st. The Macallan Brand Ambassador Charlie Whitfield spoke about the Masters of Photography campaign before introducing McKidd, who talked about the photo shoots and the journey that took him from Elgin, just a few miles away from The Macallan distillery on Speyside, to an acting career that includes roles in Grey’s Anatomy and Trainspotting. In an improbable Hollywood-style coincidence, McKidd said that he swept the floors at The Macallan distillery in his youth, so it was a “huge honor” to be part of the campaign. He also described being photographed by a “living legend” like Annie Leibovitz as “a once in a lifetime experience.”

While generous pours of The Macallan 15 and 18 followed at Bar Marmont and The Roger Room, the highlight of the evening was a dram of The Skyline: Cask No. 10019, American Oak Butt (1996). The Skyline image was shot atop Tudor City, known as the first residential skyscraper complex in the world, located on the East Side of Manhattan. Film buffs will recognize Tudor City from movies such as Taxi Driver, Splash, The Godfather Part III and The Bourne Ultimatum. The youngest of the Annie Leibovitz releases (which range from 1989 to 1996), The Skyline is limited to 285 bottles, with an ABV of 55.5%. The nose offers lemon, citrus and vanilla, with hints of oak. On the palate, The Skyline is creamy and viscous, with citrus and toffee notes. The Skyline lingers with a warm, fruity and full-bodied finish.

For those fortunate enough to have really deep pockets, four singular bottles of The Macallan 1949 from its Fine and Rare Collection have also been released. Celebrating the year Leibovitz was born, each bottle will be accompanied by a signed one-off gallery-sized print, and are available for a reserve price of $25,000.