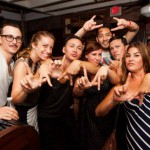 Thirsty in NOLA: Tales of the Cocktail 2013 Part One 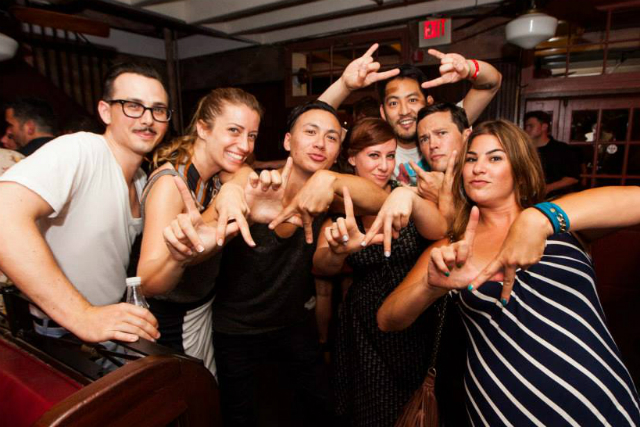 Last month, industry professionals and sturdy livers from around the world gathered in New Orleans once again for Tales of the Cocktail (TOTC). Following last year’s massive 10th anniversary celebration, this year’s Tales was only slightly less epic in scale. From the opening Toast to Tales, to the Spirited Awards and Pig & Punch, read on for highlights of the 11th annual edition of the acclaimed cocktails and spirits festival.

DAY ONE
This year was the first time I was in town for the Toast to Tales, the traditional kickoff event that takes place in front of the Hotel Monteleone. The toast began with welcoming comments and thanks from Tales of the Cocktail founder and executive director, Ann Tuennerman, and her husband Paul, the Chief Business Officer for Tales. 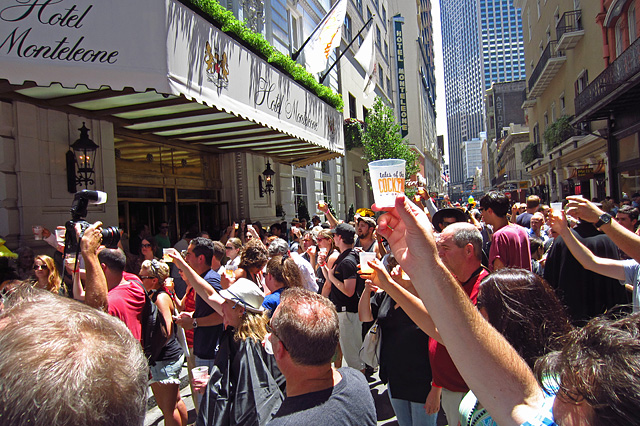 Toast to Tales with the Portland Rickey

The toast featured the Portland Rickey, the official cocktail of this year’s Tales, created by Jacob Grier of Portland’s Metrovino. The Portland Rickey is made with Martin Miller’s Gin, fresh lemon juice, Green Chartreuse and a saison or biere de garde-style beer. 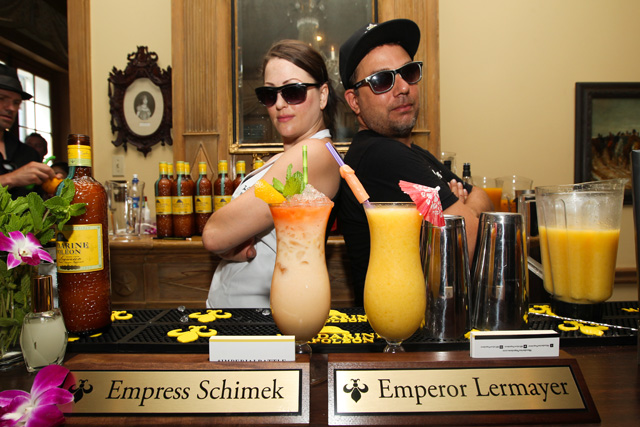 Following the toast, it was off to the Napoleon House and the Mandarine Napoléon Imperial Battle of the Sexes, featuring head-to-head battles between eight of the top bartenders in the country. No spoilers here, read the recap and find out which gender emerged victorious.

The late afternoon welcomed the third annual Viva Sangrita!! Viva Tequila Ocho!! finals at d.b.a., hosted by The Bon Vivants and Tequila Ocho. National finalists representing Los Angeles, San Francisco, New York, Florida, Boston, Texas, Colorado, and Chicago competed for a trip to Mexico to experience the historic La Altena distillery. L.A. was represented by Connie & Ted’s bar manager, Laura Lindsay. Tequila Ocho founder Tomas Estes was in the house to help judge the competition. As with all the regional Viva Sangrita events, the Tequila Ocho was free flowing, along with plenty of cold cans of Mexican beer, food and good vibes to spare. Miami was looking to three-peat, but after the scores were tallied this year’s winner was Shannon Ponche of New York’s Mayahuel. For a recap of the event from a competitor’s point of view, read Lindsay’s blog post at Peat and Smoke. 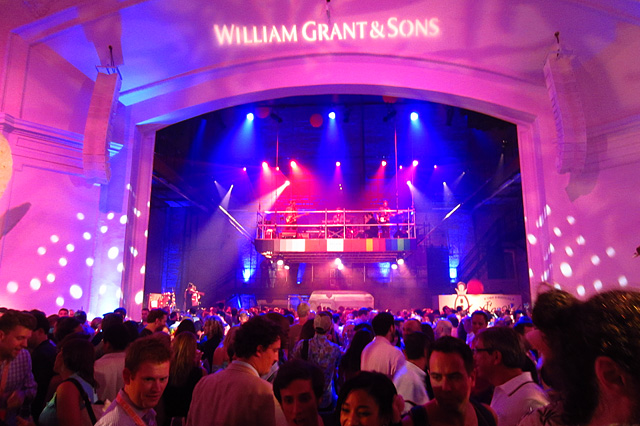 That night, William Grant & Sons hosted its annual welcome reception at the newly renovated Civic Theater, featuring a Cocktails in Film Festival theme. If you’re a movie fan and a cocktail enthusiast, this was the party of your dreams. The lobby bar was inspired by The Great Gatsby and served a Stoli Elit punch with rhubarb tea, Lillet Rose, lemon juice, simple syrup, and strawberries. The expansive main room featured Charleston’s David Higgins Band playing covers from a stage suspended above the theater’s regular stage. At one point, the amazing Charlotte Voisey sat in with the band, playing the tuba for their version of Seven Nation Army by the White Stripes. Hendrick’s Gin had two bars inspired by A Trip to the Moon, the 1902 French silent film directed by Georges Méliès. A Hendrick’s “cannon” served drinks through a telescope from a theater box. Sailor Jerry evoked The Big Lebowski with a bowling lane and a version of the Dude’s favorite cocktail, the White Russian. 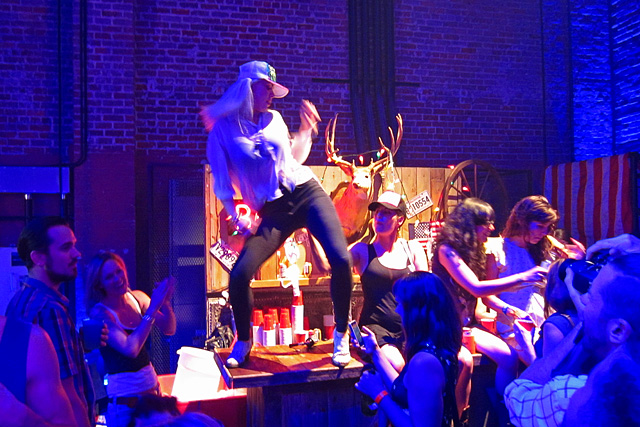 Beckaly Franks struts her stuff atop the “Coyote Ugly” bar. 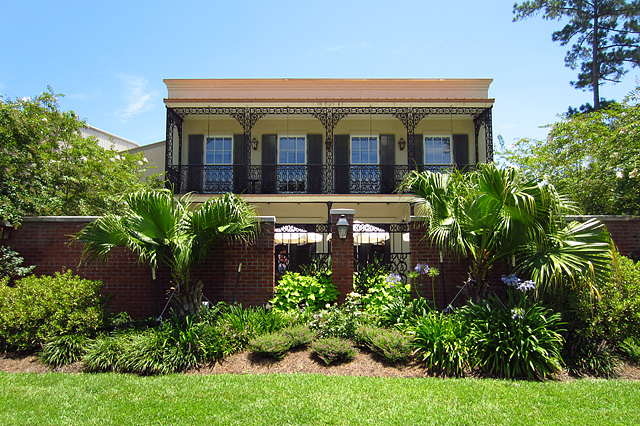 Karen Grill and Brady Weise at the Abita Brewery

Whether you’re a Tales newbie or a grizzled veteran, it’s always a good idea to set aside some time to get out of the French Quarter and do some exploring. Case in point, a trip to the Abita Brewery organized and hosted by Giovanni Martinez (Sadie) and Maximilian Warner, international brand ambassador for Chivas. The group included L.A. bartenders / beer geeks like Karen Grill and Brady Weise, and none other than Beefeater Master Distiller, Desmond Payne. The excursion took us over the Lake Pontchartrain Causeway, at nearly 24 miles it’s the longest continuous bridge over water in the world. The visit began in the tasting room and a self-serve Abita bar, followed by a short video and then a tour of the brewery. 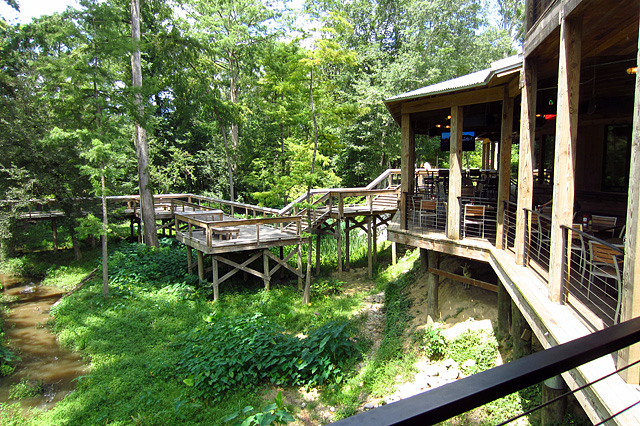 The lush riverfront setting of The Chimes Covington. 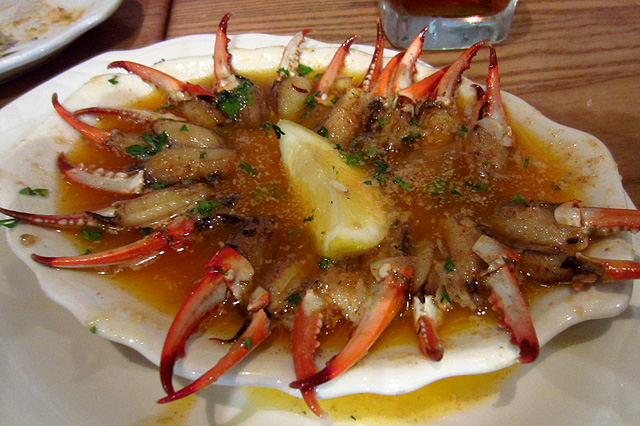 Crab fingers at The Chimes Covington

After the tour was over, and faced with a busload of hangry passengers, the driver pulled over to a random restaurant before heading back over Lake Pontchartrain. The Chimes Covington turned out to be a revelation, featuring dozens of taps and stellar Cajun and Creole food. And in back, an unexpectedly lush riverfront setting. Our server handled the group like a pro, and even gave us a tour of the keg room.

Diageo took over Gallier Hall to present its World Class Happy Hour, featuring 33 top bartenders from around the globe. As guests “boarded” the U.S.S. World Class for a cocktail cruise, they were handed passbooks that grouped the featured cocktails into regions: Mexico/Central America, Caribbean, Indian Ocean/East China Sea, Mediterranean, and South Pacific. 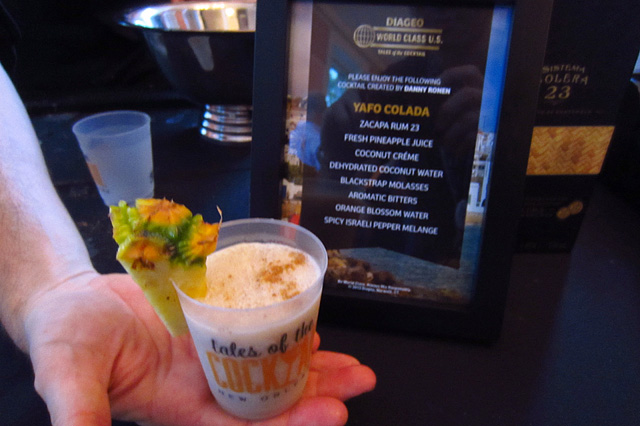 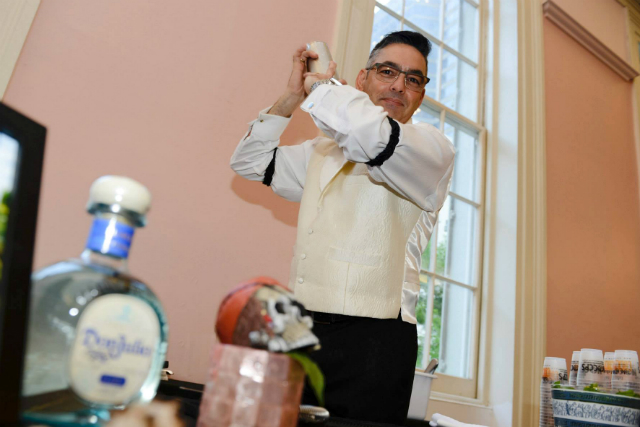 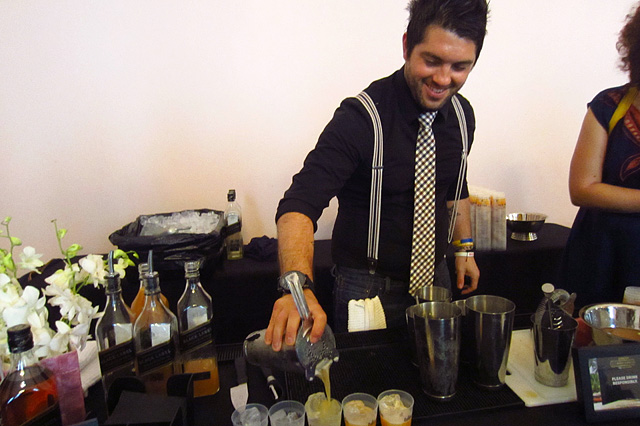 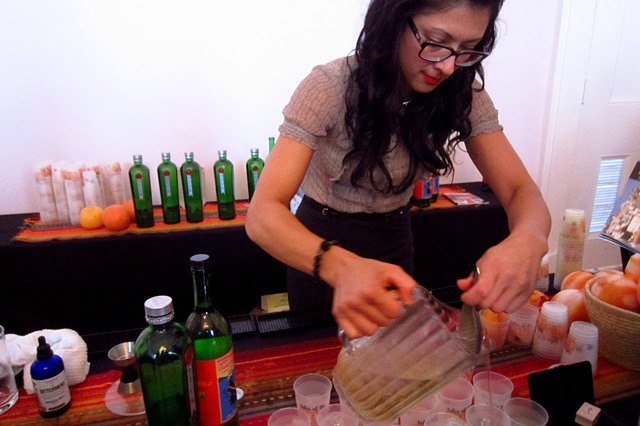 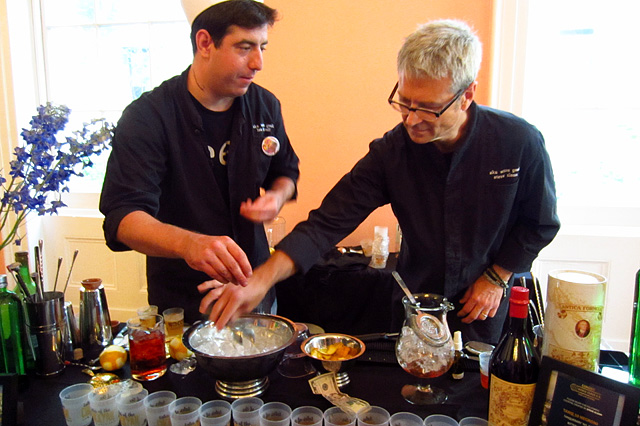 Thursday night of Tales is traditionally reserved for Spirited Dinners, with dozens of restaurants across the city hosting themed food and drink pairings created by guest bartenders and chefs. Aidan Demarest hosted the official after party, Neat in NOLA, at Kingfish. Demarest, resplendent in a silk robe a la Hugh Hefner, brought the crew from his Glendale bar to the Big Easy, with some help from bartenders Brent Falco, Cari Hah and a strong showing from the L.A. contingent. 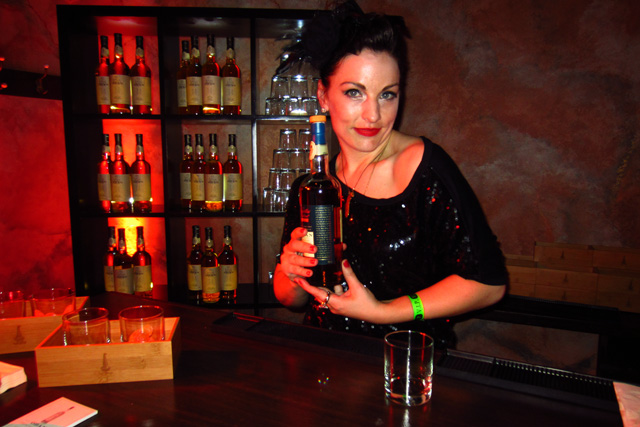 Brent Falco at Neat in NOLA

Cari Hah at Neat in NOLA

NEXT, THIRSTY IN NOLA: TALES OF THE COCKTAIL 2013 PART TWO