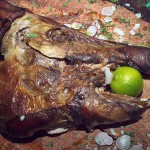 TRAVELocal: Mexico Presented by Cocktail Academy & TRUFFL at Apartment A 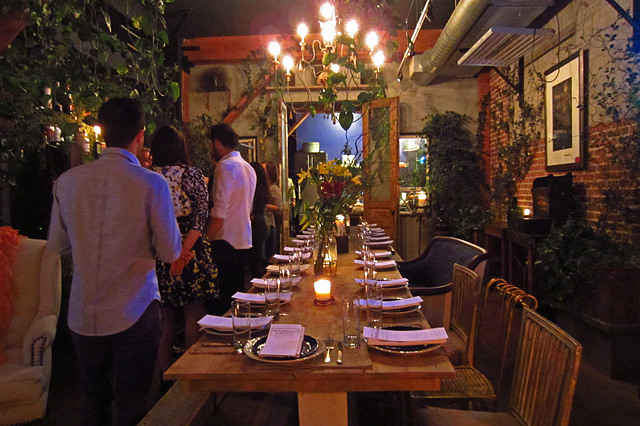 The ongoing Downtown Los Angeles renaissance has recently expanded to the red-hot Arts District, where it often seems like a new loft building, retail shop or restaurant is opening every day. One such newcomer is Apartment A, a private tasting and special event space that serves as the creative headquarters for Cocktail Academy, a hospitality and cocktail consulting group founded by Matthew Landes, Brandyn Tepper (Hinoki & The Bird) and Max Kestenbaum (Ace Hotel).

Last month, Apartment A was the site for TRAVELocal, a monthly series of dinner parties that transport guests to another country through food and drink. TRAVELocal is a collaboration between Cocktail Academy and TRUFFL, a private members’ club “for individuals who appreciate the art of living well.” 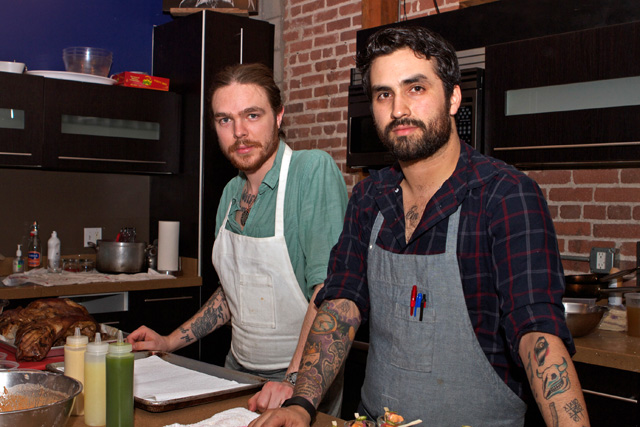 The series kicked off with TRAVELocal: Mexico, an intimate dinner for 24 guests that featured El Mexican Food, a pop-up created by chef Phillip Frankland Lee of Scratch|Bar and inspired by his chef de cuisine, Joel David Miller. The multi-course dinner was paired with Pierde Almas Mezcal cocktails created by Kestenbaum.

Guests entered Apartment A through a loading dock entryway across the street from Urban Radish. The 1,400 square-foot interior is a striking, eclectic mix of industrial and vintage elements, infused with warmth and enlivened by dozens of varieties of ivy that hang from the ceiling and cover the red brick walls. The centerpiece of the dining room is a long European farm table with benches sourced from a Southern Baptist church. 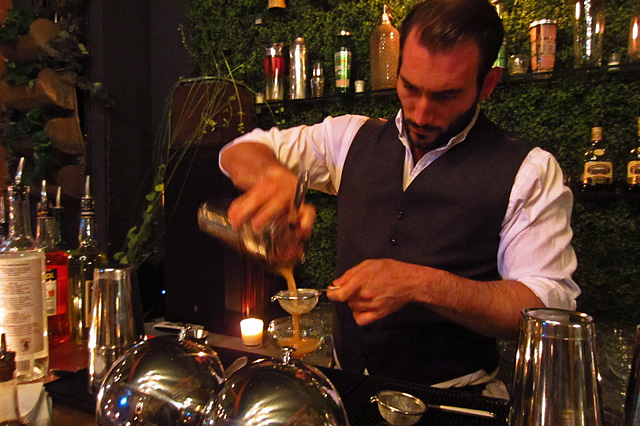 As guests arrived they were welcomed by Landes and TRUFFL founder Raphael Farasat. Kestenbaum was behind the bar, which is made of copper-coated reclaimed wood and located at the far end of the dining room. 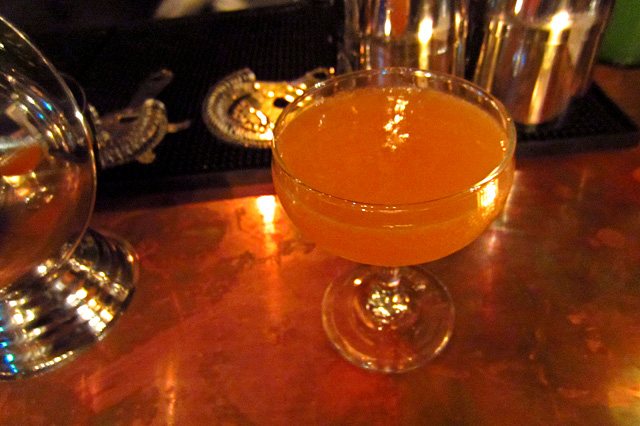 First up was the Naked and Famous, made with Pierde Almas Mezcal, Aperol, Yellow Chartreuse, and lime juice. The spirit-forward cocktail was right in my wheelhouse, with a mix of smoke, bitter and herbaceous notes that made for a fine aperitif. 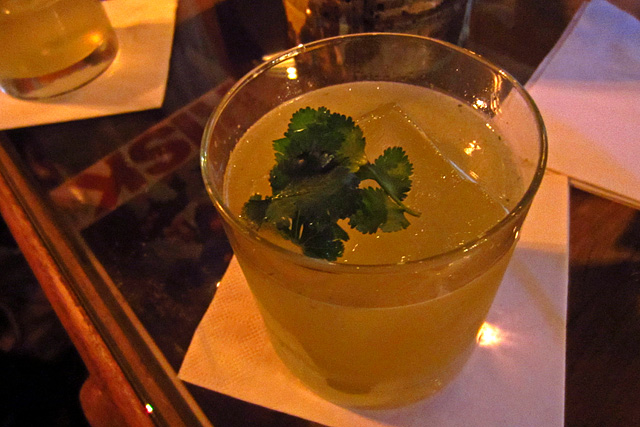 The other featured cocktail was the Oaxacan Soccer, made with Pierde Almas Mezcal, lime, agave, jalapeño, and muddled cilantro. The mezcal took a lesser role in this spicy drink, and while I preferred the Naked and Famous, an informal poll of fellow guests seemed to favor the Oaxacan Soccer. Cocktails in hand, guests introduced themselves and relaxed on a plush green velvet couch and chairs covered in 120-year-old linen. The guest list was entirely made of TRUFFL members and included a wide range of ages and backgrounds, which made for lively and engaging conversations. 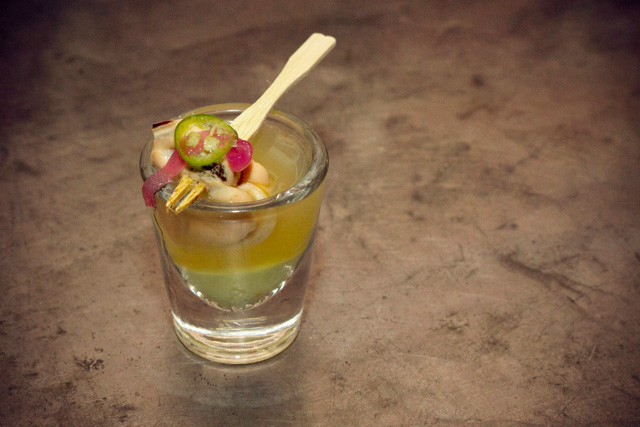 Then it was time for our culinary journey to Mexico, and guests seated themselves at the communal table. The family-style meal began with chips and salsas, followed by a delicious, three-part green mussel ceviche. 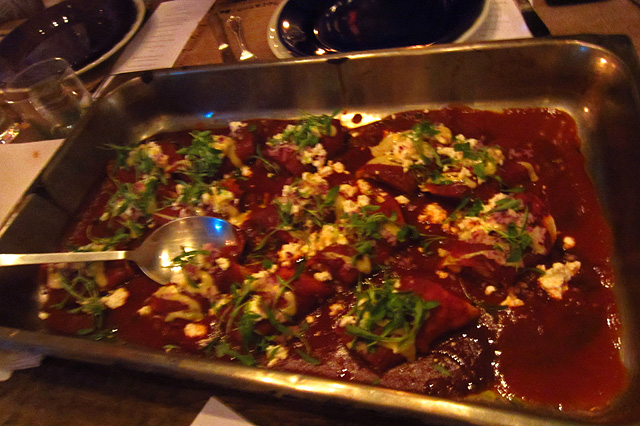 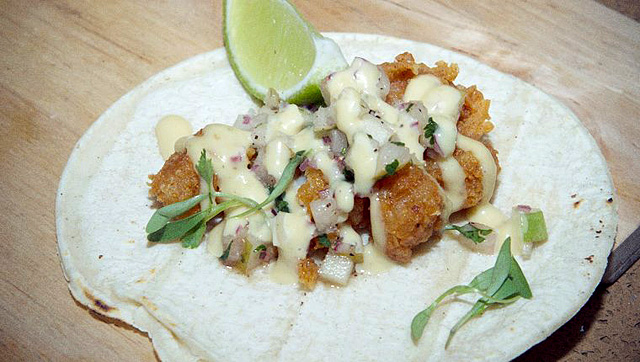 Crispy prawn tacos were presented on a long plank that looked like it was cleaved from a tree trunk. | Photo courtesy of TRUFFL, via Facebook 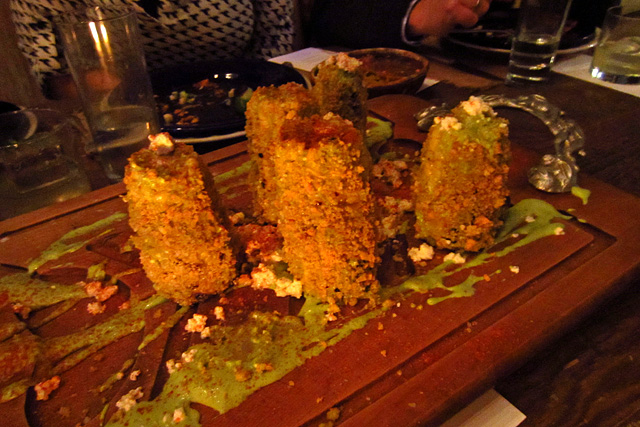 Roasted corn on the cob

A standout dish was the roasted corn on the cob, which one guest wryly nicknamed “Cornhenge”: roasted corn, rolled in spiced crema, house-made pickled goat cheese, house-made bread crumbs, and seasoned with house-made Lucas. It was gloriously messy to eat, and without a doubt one of the best corn dishes we’d ever enjoyed. Even better, it’s available nightly on the Scratch|Bar menu. 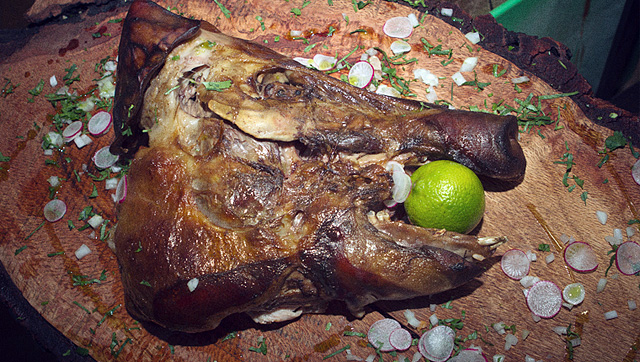 As this post goes live, complimentary membership to TRUFFL is available to a select group of applicants, dubbed “Founding Members.” In the coming months, TRUFFL will offer different tiers of membership at annual rates from $500 to $5,000 per year. For more information and to apply to join TRUFFL as a Founding Member, visit www.truffl.com.

The next TRAVELocal event – a Dinner Party in Italy on March 13, featuring Scarpetta executive chef, Freddy Vargas – is already sold out. On April 9, TRUFFL and Cocktail Academy present TRAVELocal: Middle East. Admission is $125 per person and the featured chef is TBA.