One of the best events from last month’s Tales of the Cocktail was 60 Years Strong: The Industry’s Toast to Jimmy Russell. Sponsored by Wild Turkey and hosted by Erick Castro, 60 Years Strong was held in honor of Wild Turkey Master Distiller Jimmy Russell, the Bourbon Hall of Famer affectionately known as the “Buddha of Bourbon.” With his six decades at the famed Lawrenceburg distillery, Russell is now considered the longest-tenured, active Master Distiller in the world.

During his tenure, Russell has launched a number of new Wild Turkey brands and expressions, such as Tradition, Tribute, 17-year-old Wild Turkey for Japan, Rare Breed, American Spirit, Kentucky Spirit and Russell’s Reserve, which he co-created with his son Eddie Russell.

“After 60 years of making whiskey, I still love what I do and all the incredible people I’ve had the chance to meet,” said Russell in a press release. “I’ve said it before and I’ll say it again, as soon as it feels like work I’ll retire. If it hasn’t happened after getting up and driving my Ford pickup over to the distillery about 20,000 times at this point, I don’t think it will be happening anytime soon.”

The celebration took place in the second-floor Jazz Parlour at Maison Bourbon. Jimmy was joined by Eddie, a fourth generation distiller who has worked alongside his father at Wild Turkey for 33 years. There were photo ops aplenty as the elder Russell sat in a throne decorated with turkey feathers and graciously chatted and posed for pics with well-wishers. 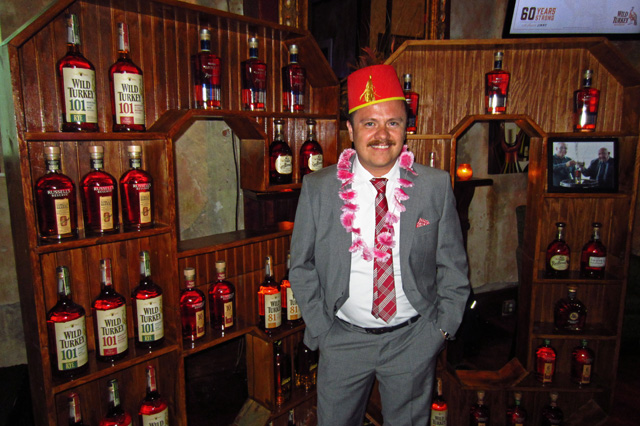 The host with the most, Erick Castro

The event featured Wild Turkey cocktails created by some of the top bartenders in the country, including L.A.’s own Zahra Bates (The Pikey). The drinks and servers’ outfits were inspired by the various decades of Russell’s career. Starting with the 1950s Iron Ranger, as Castro introduced each cocktail and shared news highlights of the decade, the DJ would adjust the playlist accordingly.

Among the guests was none other than the multi-talented Aisha Tyler – the voice of Lana Kane on Archer, host of Whose Line Is It Anyway, co-host of The Talk and noted cocktail enthusiast (check out this interview with Sam Ross on her podcast, Girl On Guy).

To close the festivities, Eddie invited everyone to join him in a toast to his legendary father. Guests raised glasses of the limited edition Wild Turkey Diamond Anniversary, which was served in drams of “One Finger,” “Two Fingers” or “Jimmy Russell.” Eddie created the commemorative bourbon with whiskies from rare barrels that had been aging for 13 and 16 years. Wild Turkey Diamond Anniversary will be available this month in small quantities at a suggested retail price of $124.99. 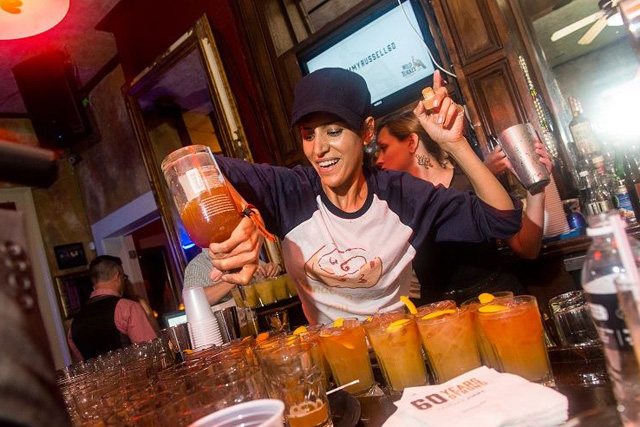 After the jump, recipes for the six cocktails featured at 60 Years Strong. Cheers, Jimmy! 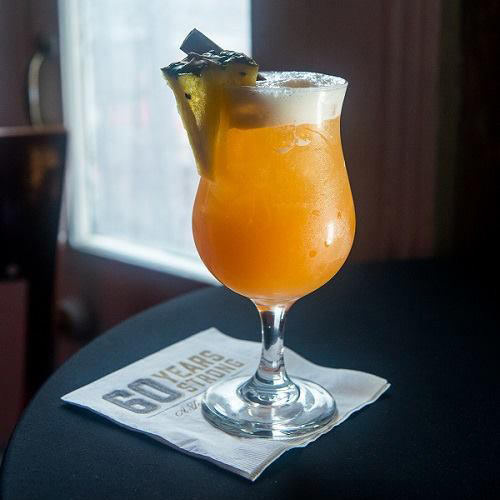 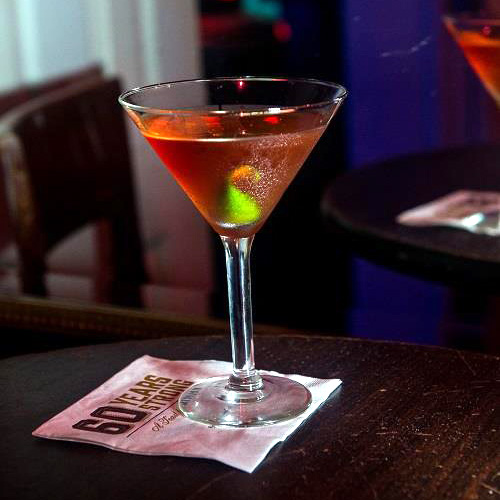 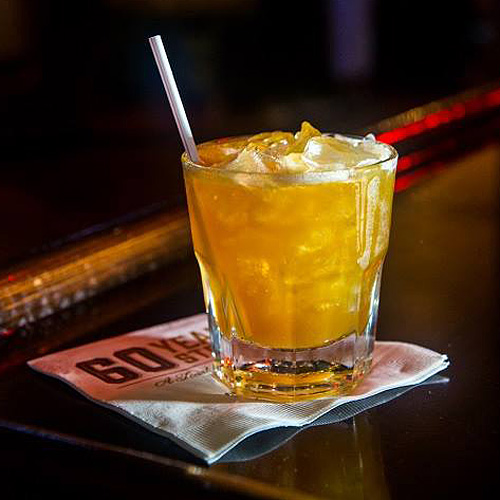 1990s: Top of the Pops
Created by Zahra Bates
Ingredients: