“The Bar Book: Elements of Cocktail Technique” by Jeffrey Morgenthaler 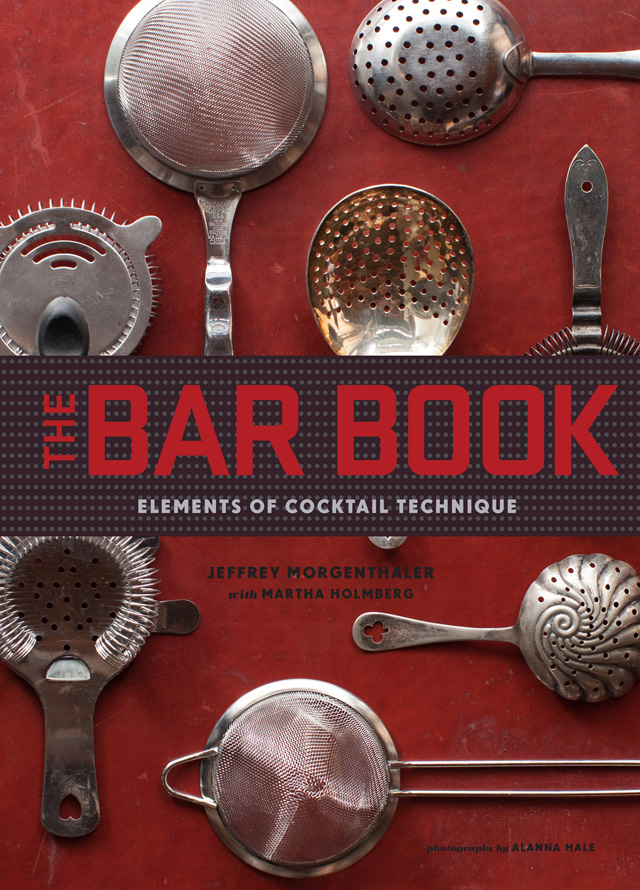 Recipe for a wonderful summer evening: take one Jeffrey Morgenthaler; add a small group of Los Angeles bartenders, writers and imbibers; stir with Tanqueray No. TEN cocktails; and top with delicious street tacos. This lively mix was created by Lush Life Productions for a unique booking signing event featuring Morgenthaler, who is on tour for his new book, The Bar Book: Elements of Cocktail Technique, published in June by Chronicle Books.

The book signing was Morgenthaler’s final L.A. event that week, following appearances at Honeycut, Bar Keeper and Harvard & Stone. The setting was the Barage, which happens to be the home bar / man cave of Morgenthaler’s brother-in-law, Joseph Brooke. 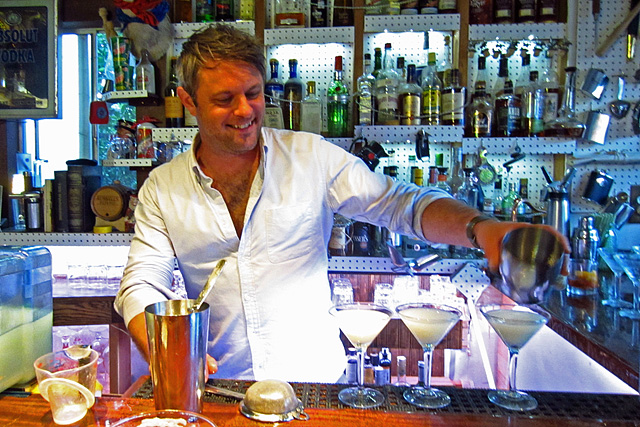 Jeffrey Morgenthaler at the Barage

Morgenthaler worked on The Bar Book for two and a half years, writing in his spare time while running the bars at the acclaimed Clyde Common – named Best American Hotel Bar at this year’s Tales of the Cocktail Spirited Awards – and the recently opened Pepe Le Moko, an intimate basement bar that’s also housed in the Ace Hotel.

The Bar Book takes a different approach than the typical cocktail book’s focus on recipes. Echoing a passage from the book’s intro, Morgenthaler wrote in a recent blog post, “Whenever I train new bartenders, the first thing I tell them is that there are three things, in equal measure, that make a great cocktail: 1. The recipe you follow. 2. The ingredients you select. 3. The technique you employ.”

The chapters are uniquely organized in much the same way a bartender would build a cocktail: prepping (juicing, syrups, carbonation, ice), putting the drink together (measuring, mixing), and finishing and serving the drink. The 60+ recipes – presented for the reader to employ the techniques discussed in the book – range from classics to cocktails created by Morgenthaler and top bartenders from across the country, including tips, techniques, and anecdotes from Joseph Brooke, Jennifer Colliau, Dale DeGroff, Justin Pike, Jon Santer, Daniel Shoemaker, Murray Stenson, Todd Thrasher, Neyah White and more.

The Bar Book is an essential addition to the libraries of bartenders and home enthusiasts alike. Whether the techniques are basic or advanced, even veteran barkeeps are sure to find useful information throughout the book. Geeks will appreciate the more technical details and scientific info, while everyone will enjoy Morgenthaler’s straightforward opinions on subjects like obtaining clear ice: “Let me just share this with you right now, my friend: every one of those methods is 100 percent pure, crystal-clear, ice-cold b.s.”

Reviewers and industry folk have been singing their praises for The Bar Book, e.g. this comment on Amazon from Philip Duff:

“I’ve trained about 60,000 bartenders in 60-odd (sometimes very odd) countries in the last 15 years. I’ve founded Europe’s largest bar school as well as an award-winning craft cocktail bar, and if I could go back in time I would give Jeffrey’s book to each and every student I’ve ever had. As it is, I will give it to every student I have from now on.”

As bartenders continue to explore the book, expect more shares like the following Instagram from Christiaan Rollich, who oversees the bar programs at A.O.C., Lucques and Tavern. Rollich attended the Bar Keeper book signing, and a few days later he put Morgenthaler’s technique of blanching herbs for syrups to good use: “Blanching the mint before you use it for #mintsyrup #tricksofthetrade thank you @jeffmorgen #thebarbook getting ready for rib fest @lucquesla“

The Bar Book tour continues with Jeffrey Morgenthaler visiting Kansas City for the Paris of the Plains cocktail festival (August 20-24), and concludes in Austin (September 23-25).

After the jump, recipes for the three cocktails featured at the Barage. 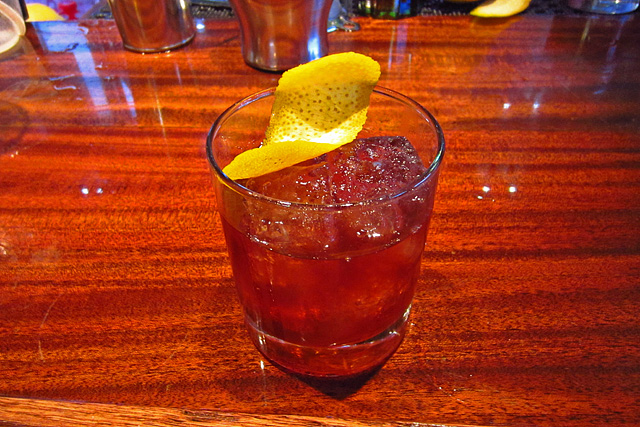 Preparation: 24 hours under nitrous pressure brings the best results without over-expression of oak tannins. The whole drink is then strained of particles, and blended without ice in a VitaMix for five minutes to promote oxidation.