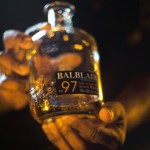 A couple of weeks ago, Balblair Single Malt Scotch hosted an exclusive event in the Generator Room of the Edison to celebrate its U.S. launch. I was in New York that night, so filling in for me was Dylan Ho of Eat Drink & Be Merry.

Following are Dylan’s words and pictures from the launch event.

A few weeks ago, Daniel of Thirsty in LA asked me to step in for him while he did some liver damage over at the Manhattan Cocktail Classic. We attended a tasting event for Balblair, which was making its U.S. premiere at the Edison in Downtown LA.

For many Scotch drinkers, we’re accustomed to seeing tiers of Scotch broken out in 12, 15, 18, etc year vintages. While it is a classic approach, Balblair takes its own approach by selecting whisky based on the year it is ready. In this case, we were treated to both single malt Scotch from 1991 and 1997. We showed up at the Edison and headed towards the tasting area, cloaked behind some curtains. A good number of people showed up, about 80, including Bill of Street Gourmet LA, Fiona of Gourmet Pigs and Esther of e*Star LA. 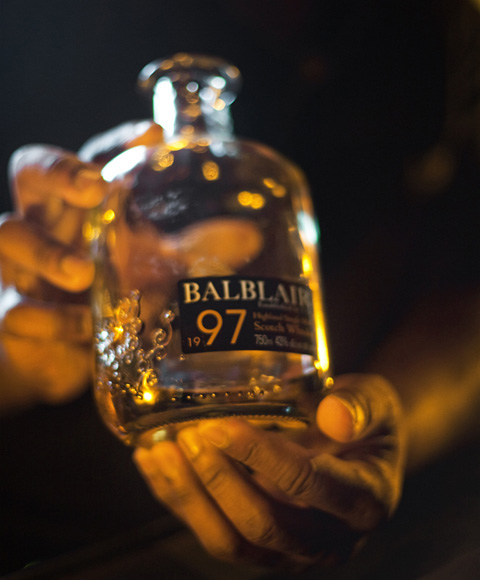 After a short introductory speech from Balblair spokesmen, hors d’oeuvres were passed around along with the Balblair gold-colored liquid. We first sampled the 1997, which had very gentle notes of vanilla. I would almost consider it a very feminine Scotch as it was easy enough for my non-Scotch drinking wife to enjoy. I typically drink Scotch neat for a few sips and add in my own water to really wake up the aroma of the Scotch. The 1997 is actually better without water as it really took away from the subtle notes. And then the 1991 came around, and one whiff of this, I knew I would enjoy it. A nice fiery, peppery aroma that singes the nose hairs in a delightful way. It was very smooth and also had some subtle notes of fruit. Peach if I remember correctly.

The Balblair 1997 can be purchased for about $45 and the 1991 at about $100. The spokesmen of Balblair were great to talk to and spent the time to share what they like most about their Scotch.

We had a few more glasses and ended the night with some tapas at Lazy Ox Canteen.”

[Ed. note: Scotch and Lazy Ox? Now that sounds like a proper night out. Thanks Dylan!]