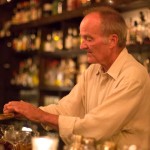 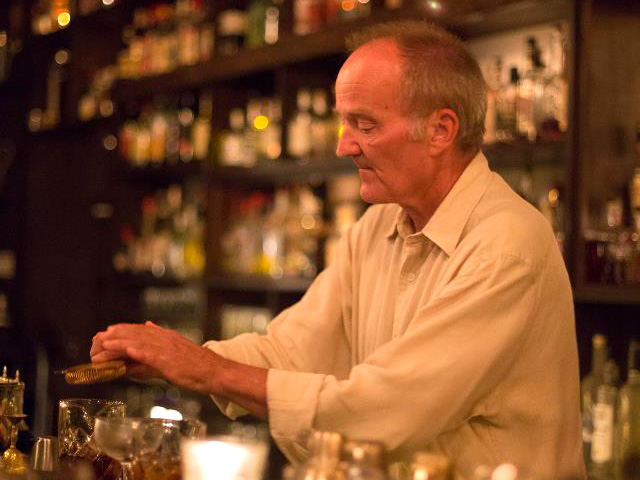 This past weekend, as top bartenders and sturdy livers from around the country were gathering for Portland Cocktail Week, news came out of Seattle that legendary bartender Murray Stenson has a heart ailment and is in need of costly medical attention, including heart surgery and the attendant recovery process. Like most bartenders, Stenson does not have medical insurance. As a result of his condition, Stenson is unable to work behind the bar, as he has done for over three decades at acclaimed bars such as Zig Zag Cafe and, since October 2011, Jamie Boudreau’s Canon.

Boudreau’s Sunday night tweet was one of the first alerts about Stenson’s plight to the global cocktail community:

Word has prematurely come out that Murray is quite sick. Please stay tuned as we organize a series of benefits to help our brother in need

As word quickly spread, a MurrayAid Facebook page was set up by Stenson’s longtime friend, Evan Wallace (Perlage Systems). PayPal donations started pouring in, initially through the Facebook page and then a dedicated MurrayAid website. Stenson has asked Wallace to be the trustee of the PayPal donated funds, which reached over $21,500 at the 48-hour mark, 8pm Pacific on Monday, October 22nd.

Stenson’s influence goes far beyond his resurrection of The Last Word; Left Coast Libations author Ted Munat describes Stenson as “the living embodiment of what a bartender can, and should, mean to a community.” From articles in the New York Times to Imbibe, perhaps no one has written about Stenson more than Paul Clarke. For a sense of what Stenson means to so many people around the world, start with Clarke’s heartfelt appreciation at The Cocktail Chronicles blog.

As this post goes live, a dozen cities across the country, as well as in Canada and Australia, have pledged to host multiple fundraising events to help with Stenson’s medical expenses. On the closing night of Portland Cocktail Week, a benefit is taking place on Thursday, October 25th at Hale Pele, the tiki bar recently opened by Blair Reynolds in the former Thatch space. From the Facebook event page: “Our server, Pony, worked with Murray for years at Zig Zag Cafe in Seattle, and has many a tale to tell about this influential legend in the industry. Proceeds from the evening will be going towards the fund, as well as an open Tip Jar for Murray. Of course we’ll have plenty of Chartreuse on hand for a Last Word or two. Hope to see you there!”

On Tuesday, October 30th, Caña Rum Bar is hosting a MurrayAid fundraiser from 9pm to close. Caña GM Allan Katz and his crew will be serving up a menu of classic cocktails, with all sales going to MurrayAid. Katz is also donating Caña’s membership sales for the week to the Murray fund.

In his monthly Caña newsletter, Katz wrote: “[Murray] created so much for so many by just believing in some tried and true principles and performing as if every moment mattered every night he got behind his bar. While Dale Degroff was exhuming age-old techniques and the term ‘mixology’ in New York, Murray was keeping the flame on the opposite coast. Without Murray I wouldn’t have a career and you wouldn’t have this bar to enjoy. My boss wouldn’t have his company. Chartreuse would be an obscure dusty bottle on an ignored liquor store shelf rather than an essential cocktail ingredient and daiquiris would be confined to the horrors of high-fructose corn syrup and styrofoam cups.”

The fundraiser will begin right after this month’s Rum Society, which means there’s a possibility that Matt Robold (RumDood) may get behind the stick as well. And according to Katz’s Twitter feed, there’s another, even more intriguing possibility:

@rumdood It's been suggested we auction off the shaving of our beards for #MurrayAid. I'm in if you are. (my face however is scared stupid)

No word yet on whether the beard shaving auction will happen, but there’s only one way to find out. As Katz said, “We’re gonna show [Murray] LA cares and has the manners to say ‘thank you…’ while we party our faces off on a school night. Murray’s gonna make it and get back behind the stick and we’re gonna help him get there and have a great time doing it.”