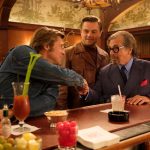 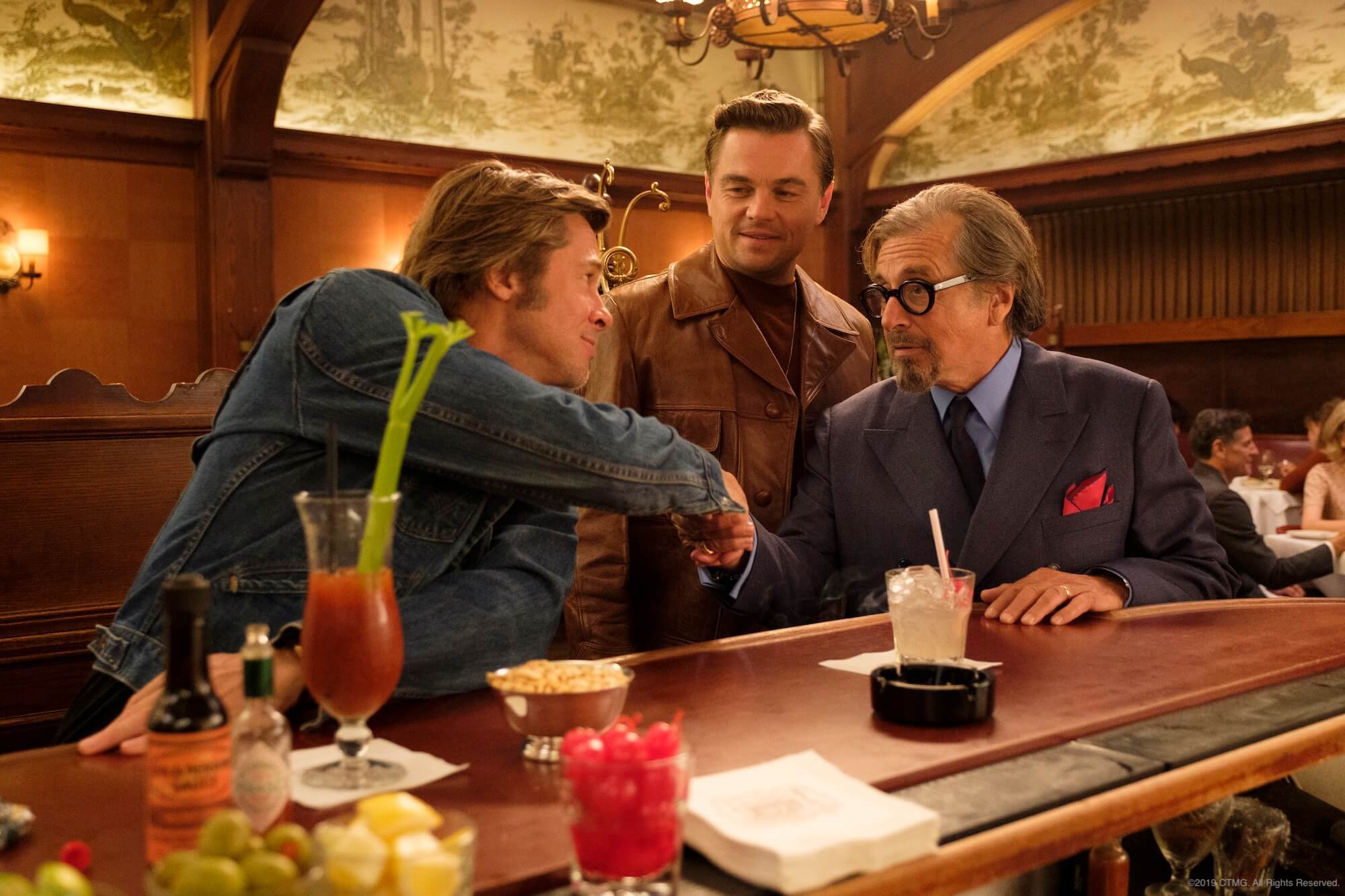 Brad Pitt, Leonardo DiCaprio and Al Pacino at Musso & Frank Grill in “Once Upon a Time in Hollywood” | Photo: Andrew Cooper, Columbia Pictures

Set in Los Angeles during the tumultuous year of 1969, Once Upon a Time in Hollywood is the ninth film from writer-director Quentin Tarantino. Once Upon a Time in Hollywood tells the story of fading TV star Rick Dalton (played by Leonardo DiCaprio) and his best friend and stunt double, Cliff Booth (Brad Pitt). The studio system of the Golden Age of Hollywood is coming to an end, while the counterculture has embraced the antiheroes of movies like Easy Rider and The Wild Bunch.

Filming took place in Los Angeles from June to November 2018. Instagram and Twitter were flooded with fan photos of Hollywood Boulevard, which was transported back to 1969 by the film crew. Many locations are seen only briefly in the movie, while others – like Musso & Frank Grill – have significant screen time.

Iconic bars like Musso’s, El Coyote, and Casa Vega make appearances in Tarantino’s “love letter to L.A.” Read on for my guide to Los Angeles locations featured in Once Upon a Time in Hollywood.