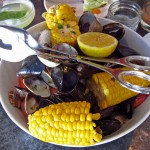 Low Country Boil & Cocktail Smash at Son of a Gun

On a recent Saturday afternoon, 50 guests gathered at Son of a Gun for a Low Country Boil and Cocktail Smash, hosted by Imbibe Magazine and House Spirits Distillery. The event featured a wonderful seafood feast prepared by chef Frank Anderson and his team, paired with House Spirits cocktails by brand ambassador Brooke Arthur and former Son of a Gun bartender Daniel Warrilow.

The multi-course lunch included three smashes, the “perfect summer drink” that’s spotlighted in Imbibe’s July-August issue. The welcome cocktail is featured in the cover story and was created by Warrilow, the Chile-Nectarine Smash: House Spirits Limited-Release Rum, lime juice, chile-honey syrup. Warrilow’s take on the classic Daiquiri was a perfect opener, well-balanced between sweet and spicy with just enough heat to wake up the palate for the onslaught of food to follow. 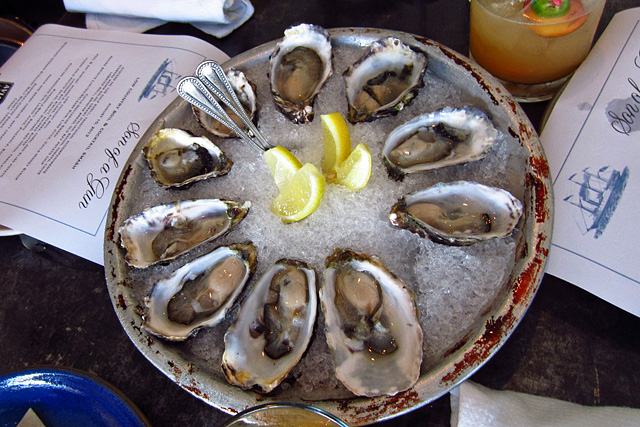 Kumiai oysters on the half shell

Smashes in hand, the guests were seated and served platters of Kumiai oysters on the half shell with traditional accompaniments. The briny, creamy oysters were sourced from Baja California and had a crisp saltiness and slightly sweet finish. 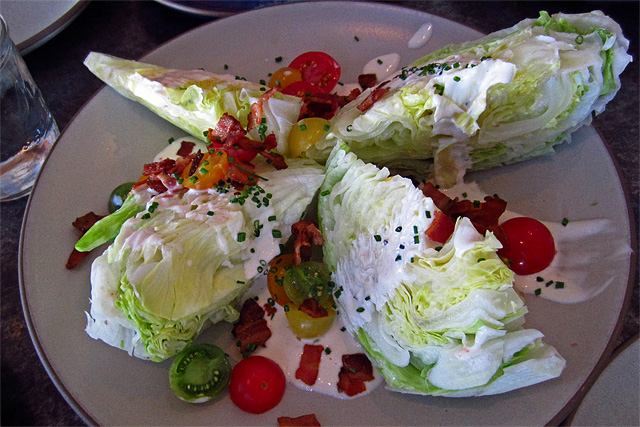 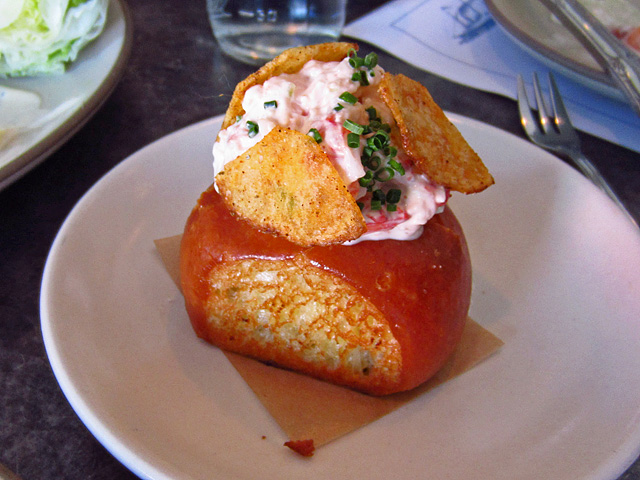 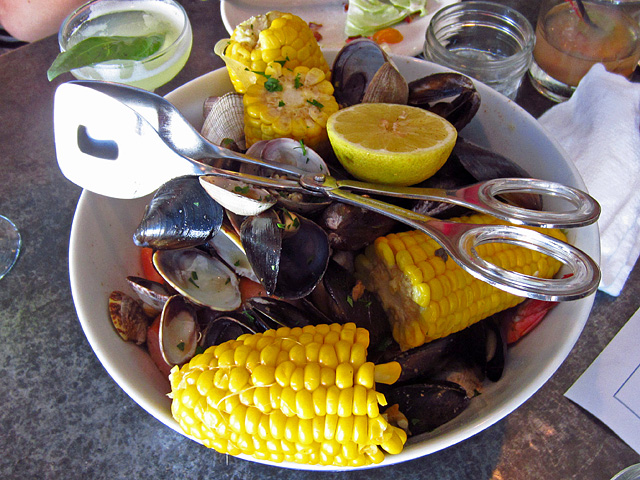 The heart of the meal was the Low Country Boil with peel and eat shrimp, mussels, clams, Kielbasa, corn and Red Bliss potatoes. The hands-on dish practically begged for some crusty bread to soak up the killer broth. The seafood boil was accompanied by an excellent Yukon Gold potato salad with grainy mustard, red onion and parsley. 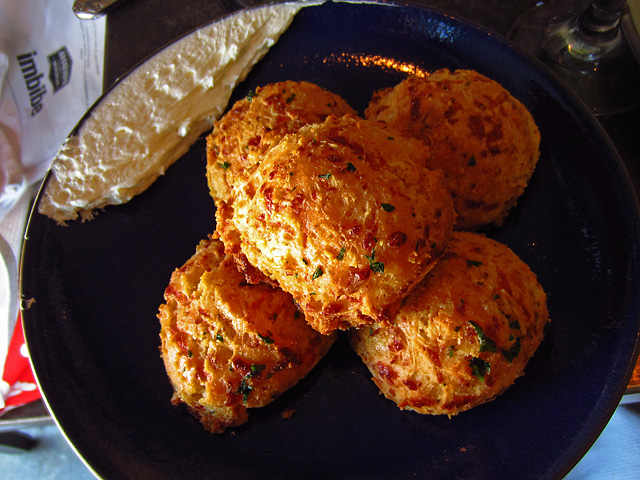 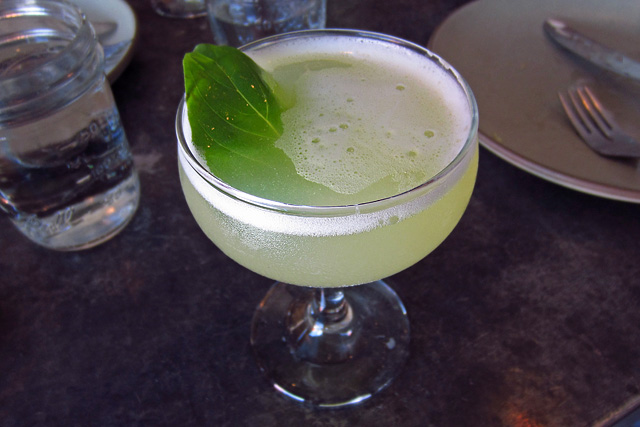 To pair with the seafood boil, a Pineapple-Basil Smash made with Aviation Gin, lemon juice, pineapple and basil. As she introduced the cocktail, Arthur noted that Aviation Gin is essentially the opposite of a traditional London Dry in its flavor profile. Aviation shines when it’s mixed with citrus, as demonstrated by the Pineapple-Basil Smash, which offered a nice counterpoint to the hearty boil and addictive biscuits. 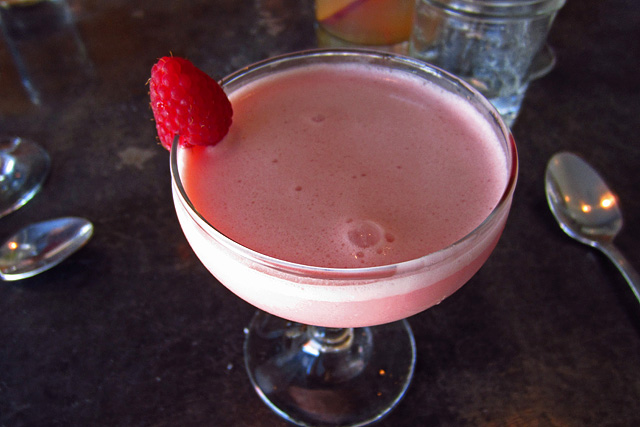 The Low Country Boil & Cocktail Smash was Imbibe’s first event in Los Angeles, and for those who weren’t able to attend the sold-out event, word is that there will be more in the future. The seafood lunch was an auspicious debut – cheers to Imbibe, House Spirits and Son of a Gun for a smashing afternoon of top notch food, fantastic drinks and lively conversation.