June 28: Art Beyond the Glass IV at General Lee’s 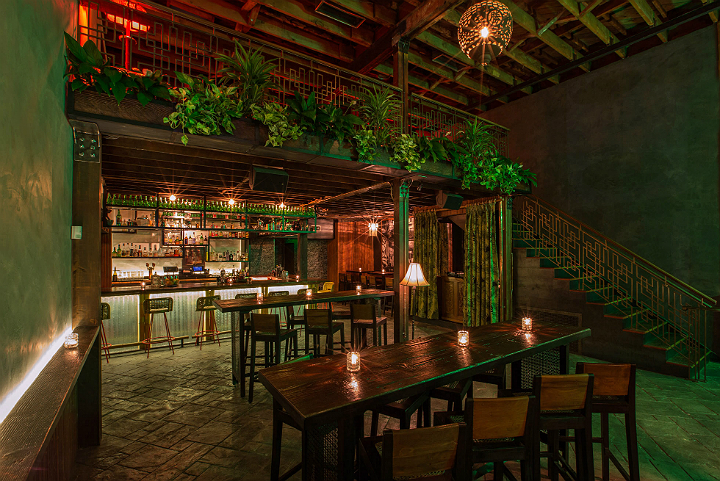 The fourth annual Art Beyond the Glass is taking place on Sunday, June 28, 2015 at General Lee’s in the heart of historic Chinatown. Art Beyond the Glass IV features dozens of L.A.’s top bartenders mixing cocktails and showcasing their artistry, from painting to photography, live music, DJs and more. ABTG is raising funds for KCRW, the Santa Monica-based public radio station widely regarded as one of the world’s most influential independent music radio stations. Proceeds from ABTG IV will go to KCRW’s Capital Campaign to build a 35,000 square-foot Media Center, which will house KCRW in its entirety and become a public gathering place for the city of Los Angeles.

Hosted by Dan “The Imbiber” Dunn, ABTG IV is taking place at General Lee’s, a stunning two-level venue located in the heart of historic Chinatown. General Lee’s occupies a landmark space that was originally the legendary Man Jen Low, the earliest Chinese restaurant known by name in L.A. General Lee’s features a soaring interior with Mid-Century, vintage Chinese furniture and neo-Tiki design touches. The bar program is helmed by Christopher Day, an award-winning bartender and a veteran of some of the city’s most renowned bars. For the first time, ABTG is taking place in a public location: the Central Plaza outside General Lee’s, with the Seven Star Cavern Wishing Well as the backdrop for the event’s live performances.

ABTG IV is being co-presented by the Chinatown Business Improvement District. The mission of the Los Angeles Chinatown Business Council is to creatively plan, manage and facilitate the rebirth of historic Chinatown as a multinational, culturally defined, economically vibrant and socially engaging community.

Tickets to ABTG IV are priced at $60 and are on sale at Eventbrite.

Admission to ABTG IV includes cocktails, art exhibit, entertainment and bar bites. In addition, guests will be able to purchase bartender art, buy raffle tickets and bid on silent auction items, including artwork, photography, rare spirits and more. All proceeds will be donated to KCRW.

Please note: ABTG IV is a PRESALE EVENT ONLY. Tickets will not be sold at the door.

Sound is being provided by N>EFFECT PRODUCTIONS, a Southern California-based entertainment production company specializing in the spectacular.

Art Beyond the Glass IV is once again being produced with the participation and support of the Southern California Chapter of the United States Bartenders Guild (USBG).

Please enjoy ABTG IV responsibly. Use Uber promo code “ThirstyInLA” for a free ride, up to $20 for new users.