“When spring came, even the false spring, there were no problems except where to be happiest. The only thing that could spoil a day was people and if you could keep from making engagements, each day had no limits. People were always the limiters of happiness except for the very few that were as good as spring itself.” ~ A Moveable Feast (1964)

Bartender Alex Straus has unveiled his Spring Cocktail Menu for Hemingway’s Lounge in Hollywood. To introduce the new drinks, Straus (who was recently named L.A. Ambassador for The Bon Vivants) hosted a tasting before the crowds arrived and the venue kicked into gear. I met Aaron Tell (The Savory Hunter) at Hemingway’s, where Straus made the new drinks and graciously shared his recipes with us. 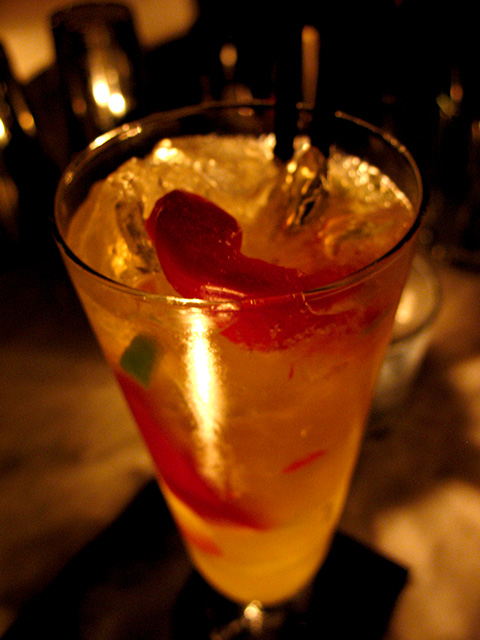 The Smoke & Spice edges out the Spring Rain as my favorite, while the Peruvian Sangria is sure to be a big seller. Taking his cues from the sunny days ahead as much as the clubgoers that pack Hemingway’s at night, Alex Straus has crafted an appealing set of cocktails for tailor-made for the season.