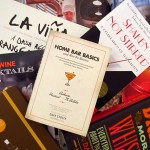 All the Booze That’s Fit to Print: The Best Cocktail Books of 2013 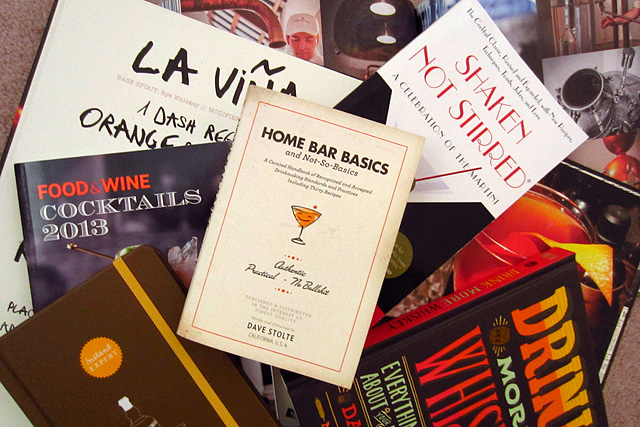 It was another banner year for cocktail books, with a wide range of releases during 2013 that cover everything from bartending at home to low-proof cocktails and molecular mixology. Four books that are included in the following round-up were recently added to CLASS Magazine’s updated list of 30 Cocktail Books You Need On Your Shelves: The Drunken Botanist, Home Bar Basics, Drinks, and The Art of the Shim. Whether you’re a cocktail newbie or a veteran drink slinger, you’re sure to find something of interest in this list of the best cocktail books of 2013.

SHAKEN NOT STIRRED
The year began auspiciously with an updated version of Shaken Not Stirred: A Celebration of the Martini, published in paperback by HarperCollins. Global cocktail culture has changed dramatically since Shaken Not Stirred was first published in 1997, and authors Anistatia Miller and Jared Brown have revised their groundbreaking book with an updated collection of 107 classic Martinis, plus 110 modern recipes – from the Espresso Martini to the Fresh Fruit Martini, Cosmo and MarTEAni – that reflect contemporary palates. The renowned historians and mixologists include never-before-published discoveries in their history of the cocktail in both America and Europe. The book features home bartending tips from some of the world’s best bartenders, as well as a global list of the best bars to sip “the quintessential cocktail,” including LA’s own Bar Marmont, Dresden Room, The Edison, Musso & Frank Grill, and The Varnish.

THE DRUNKEN BOTANIST
After scaring hypochondriacs everywhere with her New York Times Best Sellers, Wicked Plants and Wicked Bugs, Amy Stewart soothed frazzled nerves in March with The Drunken Botanist: The Plants That Create the World’s Great Drinks, from Algonquin Books. Stewart’s delightful book – another New York Times Best Seller and a 2013 Tales of the Cocktail Spirited Awards finalist for Best Cocktail Book – looks at the origin of spirits through the prism of an exploration of the plant world. In her introduction, Stewart describes how the idea for the book began in a Portland, Oregon liquor store: “Before we left, we stood in the doorway for a minute and looked around us. There wasn’t a bottle in the store that we couldn’t assign a genus and species to…Suddenly we weren’t in a liquor store any more. We were in a fantastical greenhouse, the world’s most exotic botanical garden, the sort of strange and overgrown conservatory we only encounter in our dreams.” Stewart constructs her book just as a bartender would build a drink: Part I covers the plants (“from Agave to Wheat”) used to create base spirits; Part II adds herbs and spices, flowers, trees, fruit, citrus, nuts and seeds to the mix; and Part III features nature’s bounty, the fresh and seasonal flowers, vegetables, berries and more that provide the final touch. Stewart offers more than 50 cocktail recipes, gardening tips, and numerous sidebars filled with interesting tidbits, e.g. the agave plant is often mistakenly identified as a cactus – “…in fact, it’s a member of the botanical order Asparagales, making it more similar to asparagus and a few other unlikely relatives: the shade-loving garden ornamental hosta, the blue hyacinth bulb, and the spiky desert yucca.”

CRAFT COCKTAILS
In April, publisher Assouline – known for luxury books covering art, fashion and lifestyle – released Brian Van Flandern’s Craft Cocktails, the follow-up to his 2009 book, Vintage Cocktails. Interspersed with cocktails he developed for The Carlyle Hotel, Per Se and others, Van Flandern features recipes from four New York bars he regards as standouts for “their innovative drinks, retro-chic ambiance, and high standards of service”: Clover Club, Death & Co., Employees Only, and PDT. Van Flandern skips the usual “Cocktails 101” how-to’s and history, and dives right into the cocktails, with only a few blurbs here and there on his creative process. The handsomely-designed Craft Cocktails features spiral binding, full-page cocktail porn, and a large, flowing font that makes it seem like someone hand-painted the recipes right onto the pages.

FOOD & WINE COCKTAILS 2013
The 2013 edition of Food & Wine Cocktails was published in May by American Express Publishing, featuring more than 120 cocktail recipes by bartenders from across the country. The cover features the Pab’s Buck, created by Pour Vous bar manager, François Vera as an homage to his grandfather, Pablo Vera, who owned a bar in São Paulo. Vera’s drinks are featured in the tequila section alongside four recipes from Julian Cox, while Absolut Elyx ambassador Lindsay Nader showcases four pisco-based cocktails. To pair with the cocktails, Food & Wine includes a “Party Food” section with dozens of recipes from chefs such as Haven Gastropub executive chef, Greg Daniels, who shares the signature Haven Burger. The book includes a list of the Top 100 New American Bars, including LA’s own Bestia, Sassafras Saloon, and two from Houston Hospitality, No Vacancy and Pour Vous.

HOME BAR BASICS
On the eve of this year’s Tales of the Cocktail, author Dave Stolte self-financed the publication of the second edition of his wonderful Home Bar Basics (and Not-So-Basics), a modern classic that’s available at specialty shops across the country as well as the eponymous website. An essential book for newbies and cocktail experts alike, the improved Home Bar Basics features revised and brand-new cocktail recipes, a new section on home hospitality, and an overhaul of Stolte’s whimsical illustrations.

THE COCKTAIL LAB
In July, Ten Speed Press released The Cocktail Lab: Unraveling the Mysteries of Flavor and Aroma in Drink, with Recipes, by Tony Conigliaro. The Cocktail Lab is a reprint of Conigliaro’s Drinks, originally published by Ebury in October 2012. The Ebury edition was named Best New Cocktail Book at the 7th Annual Tales of the Cocktail Spirited Awards. Conigliaro is the award-winning founder of London’s acclaimed 69 Colebrooke Row and co-founder of The Drink Factory. In his introduction, Conigliaro groups the recipes into the styles he’s worked with: “the simple, the difficult, and the stuff in between.” The chemical diagram on the cover should alert readers that this is no Cocktails for Dummies – Chapter 6 (“Equipment & Techniques”) discusses tools such as centrifuges and rotovapors, which for most people are way beyond the Beyond section of Bed, Bath & Beyond. But even novices will appreciate Conigliaro’s more rarified creations, and there are plenty of recipes that are well within everyone’s abilities, such as the Sweet Manhattan (Chapter 1, “Classics & Spins”) and the Apple Mojito (Chapter 2, “Culinary Skills”). And, lest the reader think that Conigliaro is a molecular mixologist who is caught up in his own techniques, the author notes the simplicity of the menu at 69 Colebrooke Row: “I like to keep the science and processes out of the customer’s direct experience; bartending isn’t simply about the drinks – it’s as much about hosting and high levels of service.”

THE ART OF THE SHIM
Dinah Sanders coined the term “shim” on her Bibulo.us blog in 2008 to describe cocktails with half an ounce of spirits or less. In September, Sanders & Gratz published The Art of the Shim: Low-Alcohol Cocktails to Keep You Level, a collection of 53 low-alcohol recipes that run the gamut from classics to modern creations, giving a starring role to sherry, vermouth, liqueurs, sparkling wine, beer and more. While imbibers may raise an eyebrow at the notion of less-spirited cocktails, Sanders gives her mission statement in the introduction, noting that if the purpose of drinking were only to get drunk, cocktails aren’t the best delivery method: “[The Art of the Shim] is a celebration of being able to fit more drinks into an evening without getting stupid, sad, or sick. Smart drinking doesn’t require giving up cocktails or alcohol entirely, nor must we resign ourselves to a monotonous diet of simplistic, syrupy concoctions. Fans of sophisticated beverages can switch into a lower gear without giving up everything they love about cocktails.” The San Francisco-based Sanders features cocktail recipes from some of the city’s top bars, such as Nopa’s Grapefruit Cocktail, created by Yanni Kehagiaras for Nopa‘s first brunch menu in 2010, made with Manzanilla sherry, fresh grapefruit juice and Maraschino Liqueur. Brian MacGregor of Wingtip offers the Perfect Thyming, made with 1.5 oz dry vermouth and .5 oz each of gin, pear & thyme simple, and fresh lime juice. Sanders doesn’t limit herself to the Bay Area – she also features bartenders such as Pegu Club’s Kenta Goto, whose Far East Side was one of the first cocktails that Sanders picked for her book.

INSTANT EXPERT: WHISKEY
The Instant Expert series from Princeton Architectural Press goes back to basics with its first release, a primer on Whiskey that was published in October. Whiskey was originally published in 2011 as Le Snob: Whisky. John Lamond, a Master of Malt and author of The Malt Whisky File, guides readers from the fundamentals of distilling to tasting notes of single malts, Irish, American and international whiskies. Designed like a Moleskine, the slim, stylish volume includes “Words from the Wise,” advice from Lamond’s fellow experts on everything from food pairings to visiting distilleries, all written in an approachable yet informative style. Whiskey is rounded out with full color photos, illustrations, a few cocktail recipes, and a list of the world’s best whiskey bars, including Seven Grand in Downtown L.A.

DRINK MORE WHISKEY
October was a good month for fans of the brown stuff. Written by Daniel Yaffe, the founder of Drink Me magazine, Drink More Whiskey: Everything You Need to Know About Your New Favorite Drink! was released the same week as the Instant Expert guide. With a spirited imperative as its title, Drink More Whiskey offers a more in-depth look at the category than the Instant Expert guide, while retaining a similar entry-level approach and breezy style. Instead of laundry lists of bottles and tasting notes, Yaffe offers history and anecdotes to offer context. As he writes in his intro, “Use this book as a jumping-off point.” There are 20 cocktail recipes featured throughout the book, from standards like the Old Fashioned and the Sazerac to modern cocktails like Brooke Arthur’s Laughing Water, made with rye, dry vermouth, fresh lemon juice, and cinnamon syrup.

GIN: THE BARTENDER’S BIBLE
With apologies to Simon Ford, Gin: The Bartender’s Bible is a veritable juniperlooza, a superb guide to the world of gin written by Simon Difford, founder of the Spirited Award-winning DiffordsGuide.com, and published stateside in October by Firefly Books. The wealth of information in the book is encyclopedic in scope, including a detailed history of gin’s three-hundred-year “rollercoaster ride,” “Gin Explained,” interviews and quotes from key industry figures, and a selection of classic and modern cocktails. Although he laments that “precious little gin is now produced in [London],” Difford features in-depth reports on 16 distilleries, from historic brands such as Beefeater and Tanqueray to modern craft gins such as Sipsmith, the first new copper distillery to begin production in London since 1823. Gin also includes ratings, production and tasting notes on nearly 175 different gins. Beautifully designed and filled with gorgeous photography, Gin: The Bartender’s Bible is a must read for anyone with even a passing interest in exploring the “juniper jewel.”

And one more for the road…

BEACHBUM BERRY’S POTIONS OF THE CARIBBEAN
A new book from Jeff “Beachbum” Berry is always cause for rejoicing, and his latest sounds like another winner. Five years in the making, Beachbum Berry’s Potions of the Caribbean “strains five centuries of West Indian history through a cocktail shaker, serving up 77 vintage Caribbean drink recipes – 16 of them ‘lost’ recipes that have never before been published anywhere in any form, and another 19 that have never been published in book form.” Along the way, Berry shares the stories of fascinating characters like the 17th-century pirate, William Dampier; Havana saloon owner, José “Sloppy Joe” Abeal; hotelier Conrad Hilton; and those hard-drinking frozen Daiquiri fanatics, Ernest Hemingway and Graham Greene. The first edition of Beachbum Berry’s Potions of the Caribbean went on sale Dec. 10 at Cocktail Kingdom.