Before recapping a busy January 2010 (see below) let’s take one last look at December 2009 and the decade that was.

In its Dec. 29th edition, the NY Times published A Decade of Invention and Reinvention, its look at mixology trends of the decade. Topping the list is the Gin-Gin Mule, the gin-based take on the Moscow Mule created by Audrey Saunders (Pegu Club). It’s now on cocktail menus across the country, and here in L.A. you can get the definitive version at Saunders’ Tar Pit. Another new classic is PDT’s Benton Old-Fashioned, created in 2007 by Don Lee. New York Magazine posted the PDT recipe in its April 14, 2008 issue. LAist recently posted the recipe for a local version, Little Dom’s Bacon Old Fashioned. Finally, The Varnish is name-checked in the “Bartender’s Choice” trend, a cocktail menu option that’s resulted from bartenders raising “their level of skill and scholarship” and customers having “an increased sense of adventure” and a willingness to put their drink choices in bartenders’ hands.

In his Best Dishes of 2009, Jonathan Gold says an Aviation is always his first drink of the evening at The Varnish, “a civilized temple of spirits where bliss is measured out by the dram.” Mr. Gold also lists the beer float at Golden State, a “mind-blowing way to complete a meal, all cold creaminess and explosive fizz, innocent sweetness and a blast of pungent, hoppy bitterness.”

Just in time for New Year’s Eve, the LA Times published an article on sherry cocktails, including recipes for the Montresor & Fortunato (the Roger Room), the Golden Boy (the Bazaar), and the Trident (the Tar Pit).

Speaking of December 31st, if you want to relive some of the downtown festivities (or just need help remembering), the LA Weekly posted a NYE Downtown Crawl slideshow that includes images from The Varnish, Cole’s, and Seven Grand.

The January 2010 issue of LA Times Magazine features several versions of sangrita to pair with high-end tequila, including recipes from Julian Cox and Jennifer Stockley.

“I travel the whole U.S. right now with what I’m doing, and probably the most exciting (cocktail) scene at the moment is in Los Angeles.” ~ Charlotte Voisey 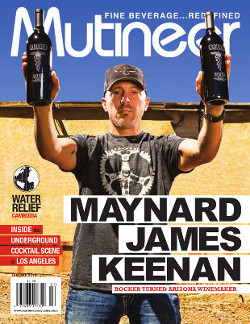 The preceding quote can be found in the current issue of Mutineer Magazine (#9, Jan-Feb), in an interview with Portfolio Ambassador Charlotte Voisey (William Grant & Sons). She also says Los Angeles is “just on fire” and notes the city’s “great history during Prohibition.” Also in the issue, blogger Marvin Gapultos (Burnt Lumpia) offers an in-depth look at at The Pharmacie, the roving underground cocktail party. The article is accompanied by original paintings from Brent Estabrook.

Musso & Frank recently celebrated its 90th birthday, and to mark the occasion NPR’s Weekend Edition Sunday aired this story on January 3rd. Later that week, the LA Times published an interview with Musso & Frank owner Jordan Jones, who discusses some of the changes coming to the venerable Hollywood restaurant now that his family has sole control of the business. Not to be missed is a related article that profiles Musso’s bartender Ruben Rueda.

On January 10, the NY Times posted a review of the Roger Room, describing it as “a place of reverse snobbery, where you go to avoid running into celebrities and their ear-pierced bodyguards.” The article then notes that Cameron Diaz and Fiona Apple are regulars, which is not only contradictory but, frankly, somewhat disappointing.

Also this month, StarChefs posted its overview of the Los Angeles mixology scene, with cocktail recipes:

Given the amount of praise he’s received in the last several months, Matthew Biancaniello (the Roosevelt Hotel) might have to start preparing his own Rising Star speech. On January 15, the Daily Dish posted a feature on his latest creations for the Library Bar: cocktails served in eggshells. To go with the article, the Times includes his Indian Summer cocktail recipe.

Last week, LA Times Magazine posted a preview of La Descarga, the rum-centric bar set to open on Western this Tuesday, February 2nd. Shortly thereafter, Eater LA and Thrillist had sneak peeks of their own online. The drink menu is overseen by Pablo Moix (Portfolio Mixologist for Bacardi USA) and Steve Livigni (the Doheny), featuring cocktails such as Papa’s Daiquiri, Tapping the Admiral, and the Bad Spaniard. The “secret entrance” and reservations-only policy (made via e-mail) are reminiscent of San Francisco’s Bourbon & Branch; here’s hoping the cocktails justify the comparisons. 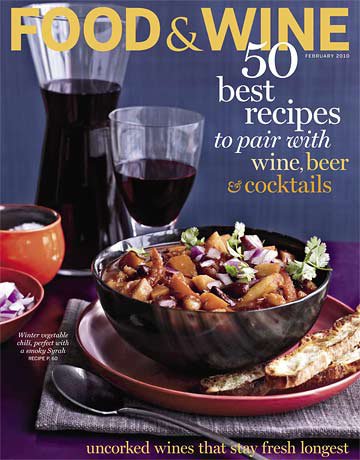 The January 29th issue of LA Weekly features Steve Julian’s profile of Julian Cox. You can listen to interview excerpts at Offramp on KPCC.

The latest issue of Food & Wine (Feb. 2010) features a “Invent Your Own Cocktail” party, with cocktails by Eric Alperin and food by Jason Travi (Fraiche). Elsewhere in the issue, “The New Cocktail Boutique” rounds up the new breed of cocktail shop, including L.A.’s own Bar Keeper. And don’t miss the Belgian beers paired with Asian dishes from the upcoming Lukshon, courtesy of Sang Yoon (Father’s Office).