Last night, Rivera mixologist Julian Cox debuted several of his new cocktails from an impressive fall menu that spans some 20 drinks, including signature creations, classics, and a few salutes to his fellow bartenders. The rest of the fall menu debuts tonight at 10pm.

Ron went with a Scofflaw for his next round, a classic cocktail made with rye, dry vermouth, fall spiced grenadine and lemon. Our fellow bar patron was enjoying his Oaxacan Rose, a gorgeous cocktail made with mezcal, Amontillado Sherry, rose water, fall grenadine and lavender bitters. I wonder if we can change the name and add it to a certain list of mezcal cocktails… 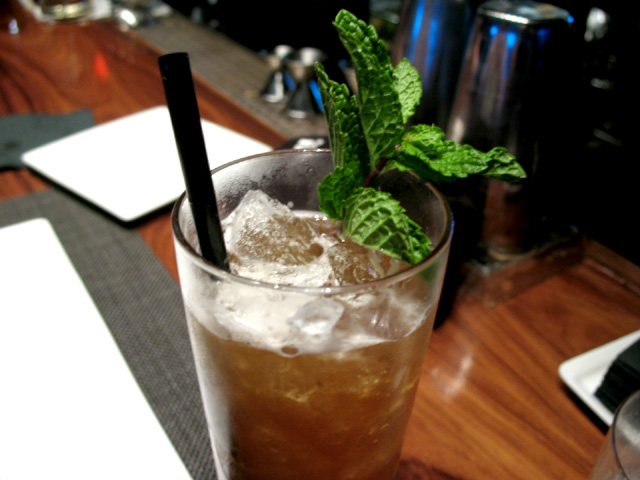 Next for Ron was the Phil Collins: Cynar, Oro Blanco grapefruit, agave nectar, aromatics and seltzer. In addition to being an excellent tall drink, it’s a cocktail order most likely to cause random singing at the bar. No thanks to Ron for getting “Sussudio” stuck in my head. 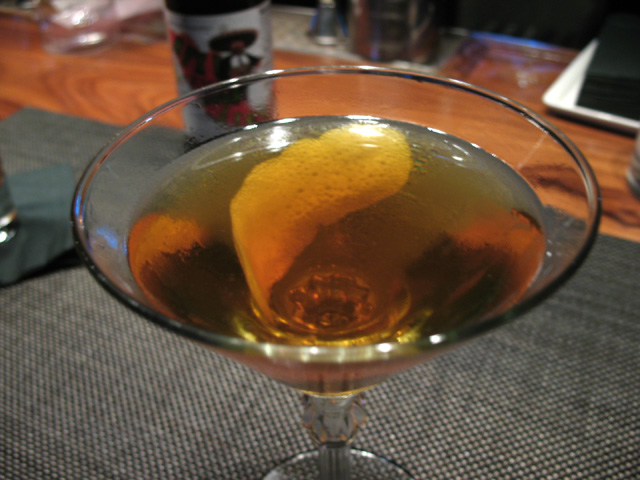 We were then joined by Dylan Ho (Eat Drink & Be Merry), who had sampled from the new menu earlier with his wife Jeni Afuso (Oishii Eats). For this round, Dylan went with his favorite: the Tipperary Cocktail, made with Irish whiskey, Carpano Antica, Green Chartreuse, and lemon essence. As Dylan put it, the Tipperary “tastes like butter.”

Other cocktails that debuted last night:

My final cocktail of the night was a sneak preview from the full menu that debuts on Friday, the East India: Appleton 12-Year, East India Sherry, Ramazzotti and mole bitters. Stirred and served up with no garnish, it’s a deceptively simple cocktail that offers a surprising depth of flavor in each sip.

NOTE: the entire fall cocktail menu will be available tonight, but only the new cocktails listed above will be priced at $9.