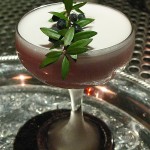 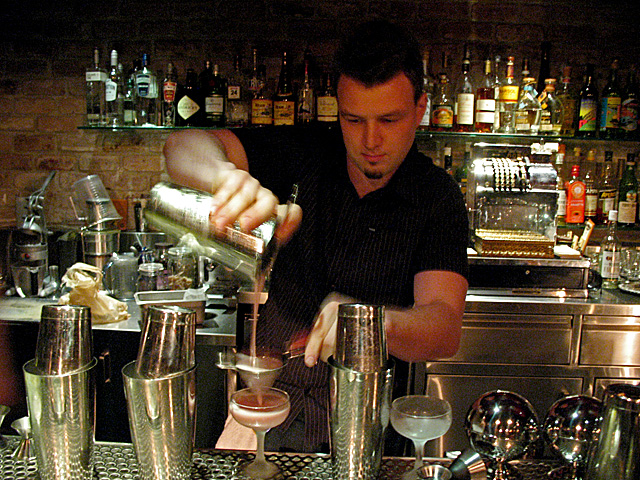 Oliver Jones has been named the winner of the 2010 Jimmy Barela Award, which honors the legendary bartender who held court at Cole’s Red Car Bar for 65 years. Jones, who can be found behind the stick at Las Perlas and Tengu (Westwood), bested eleven other competitors in a cocktail showdown that took place at The Varnish on Repeal Day.

A native of Oxford, England, Jones has explored cuisines and spirits around the world, thanks to a lifelong love of travel passed down from his parents. Whether he’s drinking genever in Holland or airag (fermented mare’s milk) in Mongolia, Jones is always on the hunt for new ingredients to use in his recipes. He constantly experiments with new types of infusions; “the weirder the better,” as he puts it.

Jones also seeks out forgotten herbs and spices and exotic spirits not yet popularized in the Western world. Case in point is his winning recipe for the Myrtle Berry Flip, which features Tremontis Mirto, a unique Sardinian liqueur made by macerating myrtle berries. Known throughout the Mediterranean since ancient times, the myrtle was used for everything from medicine to wedding rituals. In mythology, the myrtle was associated with Venus and other goddesses. Whether its supposed aphrodisiac properties had anything to do with Jones winning the competition, one can only guess.

To be considered for the competition, cocktail recipes had to use at least 1.5 ounces of Plymouth Gin and use no more than 5 ingredients (excluding garnish). At The Varnish, each competitor had to make four cocktails in 10 minutes: 3 were used for the blind judging, and 1 was for photo ops and guests to sample. The esteemed members of the judging panel were Varnish GM Chris Bostick, Erick Castro (West Coast Brand Ambassador, Plymouth and Beefeater Gins), Jessica Gelt (LA Times), and Jonathan Gold (LA Weekly).

During the three-hour event, an impressive variety of entries were sent out to the judges. While bars from 213 Nightlife were well represented (Bob Nickerson from Cole’s, Matt Wallace of Seven Grand), it was nice to see competitors from all over town (e.g. Buffalo Club’s Giovanni Martinez, Roger Room’s Jason Bran) in the mix. 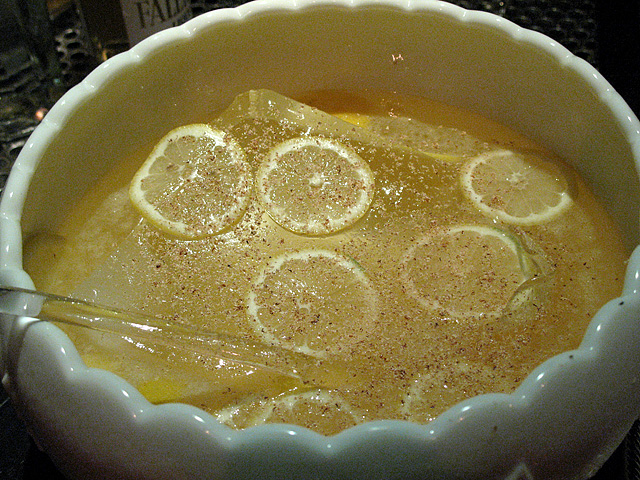 Some were familiar names from favorite bars, such as Pablo Moix (La Descarga), Devon Tarby (The Varnish), and Julian Wayser (Caña). Tricia Alley (Providence) and Jennifer Contraveos (SoHo House West Hollywood) were new to me and are on my radar after Sunday. Pablo went all-out with his West Indies Winter Punch, which was served to the judges in a ceramic punch bowl mounted atop a pedestal. Naomi Schimek (First & Hope) presented her Remembrance cocktails in vintage glassware and decorated the serving tray with a pear and rosemary to match her ingredients. 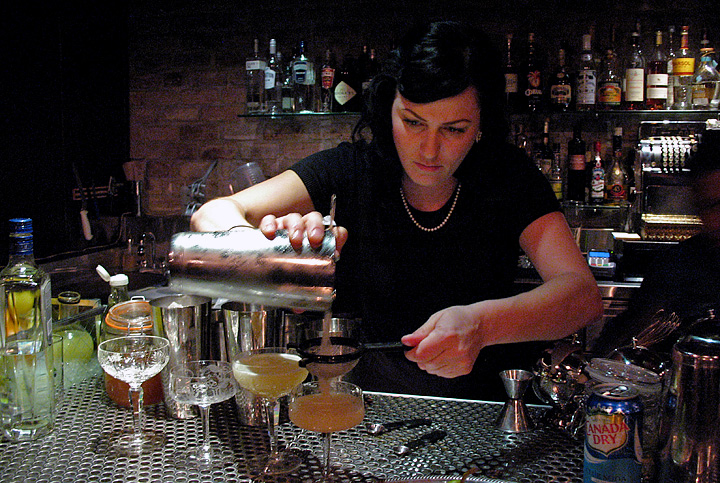 The competition winners were announced to the public at the Seven Grand Repeal Day Celebration later that night: Jones won $500 for first place, Naomi got a pair of Clippers tickets for placing second (sadly, it’s not a Lakers game), and Garrett McKechnie (1886) took home a Plymouth bar kit for third place. Congrats to the winners, many thanks to everyone who participated, and cheers to Eric Alperin for hosting the competition. 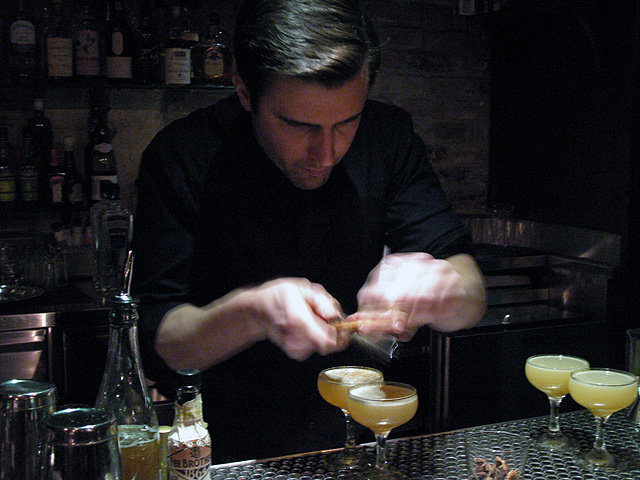 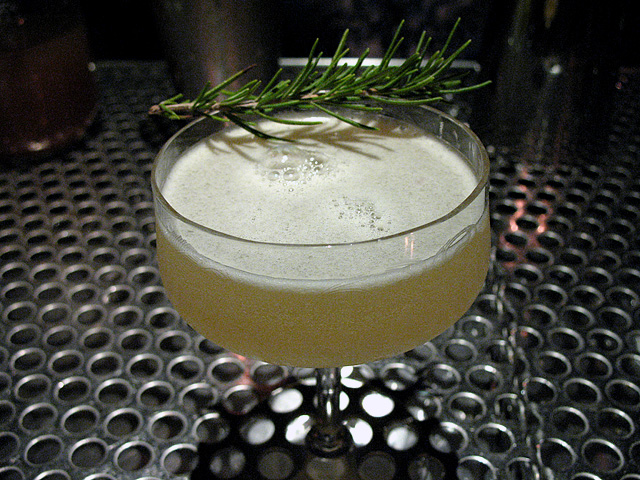 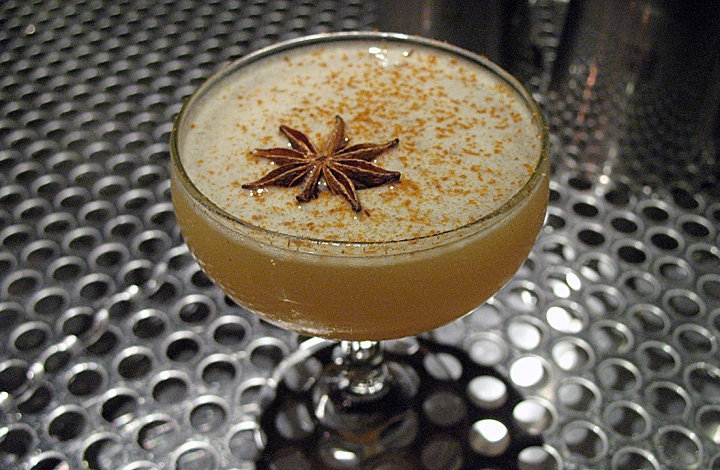