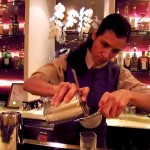 Zen and the Art of Providence Winter Cocktails

When Zahra Bates tells you she has a new cocktail that she can’t wait to make for you, you go to Providence ASAP. Of course, whenever she launches a new list of drinks, it’s safe to say that cocktail enthusiasts throughout LA can’t wait to try them. Since taking the helm of Providence’s bar in 2008, Bates has crafted a program that continues to achieve the high levels of quality and innovation that led to Michael Cimarusti’s restaurant being awarded two Michelin stars in 2009. Bates keeps her menu tightly-focused, paring the list down and fine-tuning until each of the drinks meets her exacting standards. Though her cocktails aren’t listed on the restaurant’s website, the word always gets out to aficionados and fellow bartenders when she unveils her latest menu of seasonal creations.

And the word is steadily getting out about Bates, as well. Besides accolades in local and national media, she was a Bar Fellow at the 2011 Manhattan Cocktail Classic; the only female bartender featured in Summer’s Hot Cocktails on the Cooking Channel; and earlier this month was the subject of a profile in CLASS Magazine (“a dream come true,” says Bates). 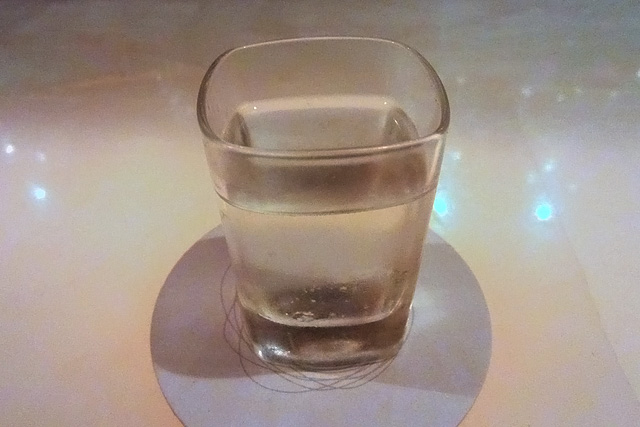 An "oyster" cocktail, the latest in the Protein Series.

When I stopped by Providence last month, Bates had not yet debuted the new drinks, which are now available as this post goes live. As I looked over the menu, Bates served the latest in what she calls her Protein Series, cocktails that evoke the flavors of food. The amuse-bouche in this case was an “oyster,” made by cryovacking manzanilla sherry, lettuce, Japanese cucumber and celery, then cooking it in an immersion circulator. She adds Tanqueray Gin and sprinkles salt to finish. Though Bates said she was still perfecting the cocktail at the time, it tasted remarkably like oyster liquor (the liquid inside the shell). 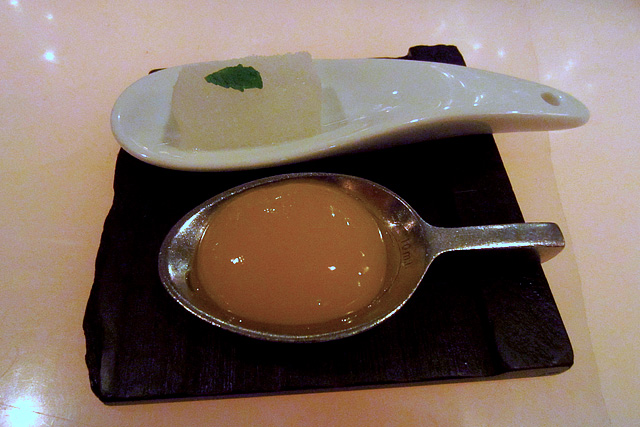 An amuse-bouche of two cocktail bites: an effervescent Mojito gelée and a Screwdriver spherification. 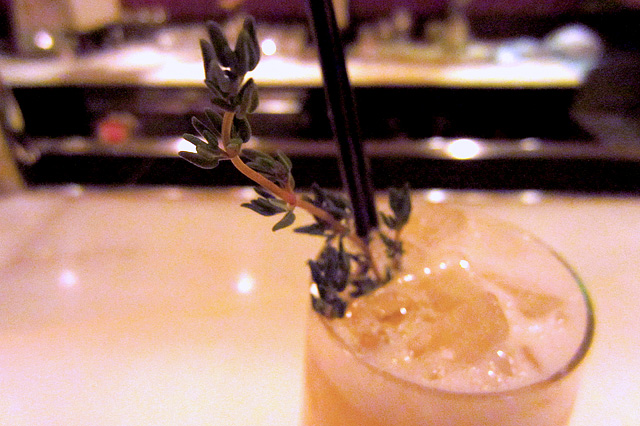 Now that my palate was wide awake, Bates made the first of her new cocktails, the superb Rye Thymes: Old Overholt Rye, quince shrub, pear juice, Noilly Prat dry vermouth, ginger syrup and soda. Julian Cox had raved about the Rye Thymes a few days earlier: “One of the best drinks I have ever had. Zahra is a Zen master. Providence is and always has been a revelation.” The shrub is made with quince, honey and verjus (the pressed juice of unripened grapes), adding a sweet-tart element to the mix, with just a hint of the ginger at the end. Bates describes the Rye Thymes as a “whiskey hug,” and who wouldn’t find comfort in its embrace? 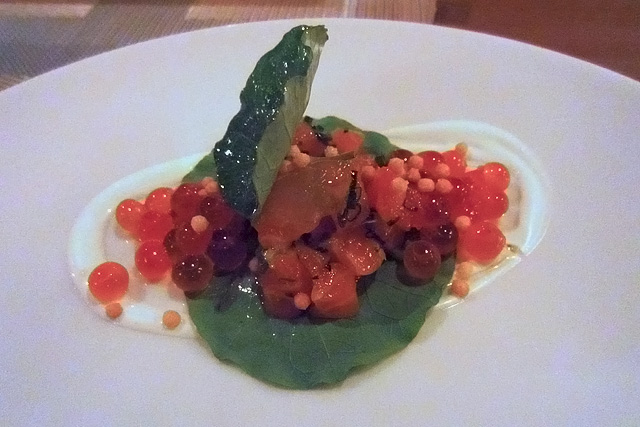 Housemade norimaki arare (rice cracker with seaweed) and an addictive salmon skin crisp were served in a wooden box. The presentation resembled a karesansui (Japanese rock garden or dry landscape), though these were the tastiest “rocks” I’ve ever had. 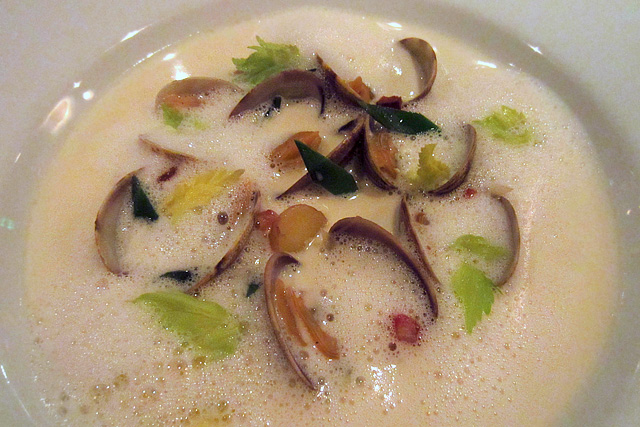 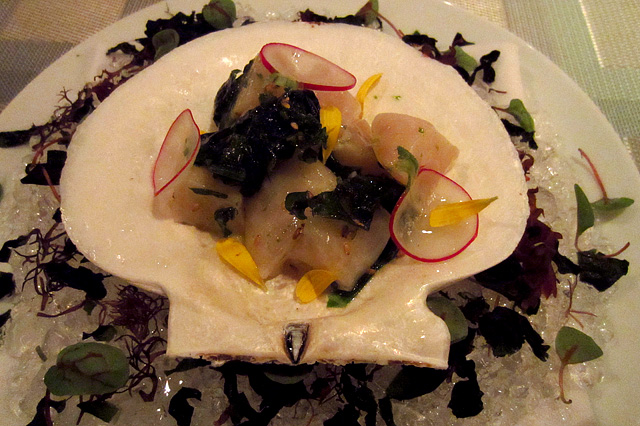 From the Market Specials: Hokkaido scallops with sea lettuce, toasted sesame seeds, yuzu zest and olive oil. Bates explained that Hokkaido scallops are known for their denser structure, and Cimarusti always serves them raw. It was one of the best scallop dishes I’ve had in some time, with subtle, delicate layers of flavor and texture.

The next cocktail was Il Padrino: Bertagnolli Grappino Grappa, Luxardo Maraschino, Cointreau, lemon juice, Regan’s orange bitters, and egg white, finished with a mist of housemade Crème de Violette. Bates first conceived the cocktail as a “marriage” between an Aviation and a White Lady, in tribute to the nuptials of Audrey Saunders and Robert Hess. With the arrival of fall, and knowing of Providence co-owner and General Manager Donato Poto’s love for grappa, Bates wanted to feature it in a cocktail. Il Padrino is named for Vincenzo Marianella, “The Godfather” of the Los Angeles cocktail community who created the opening bar program at Providence (among many other restaurants and bars) before bringing Bates on board. Bates noted that, whether it’s one of his cocktails or even the Misto sprayer that he gave her, Marianella will always have a presence at Providence.

As she made the next cocktail, Bates said, “I think that gin and Yellow Chartreuse were made to be together.” It’s a union she puts to great use in the Piña y Piña: Plymouth Gin, pineapple reduction, Del Maguey Mezcal Vida, Yellow Chartreuse, garnished with Peychaud’s bitters. The drink’s name references two meanings for piña: pineapple, and the heart of the maguey plant (from which mezcal is distilled). Here, Bates plays with perception: the Piña y Piña is an aromatic cocktail that looks like a sour. There’s no egg in the mix; the foam and texture are all derived from the pineapple reduction and its intensified flavors. It’s another multifaceted, balanced libation, with tropical, spiced notes and a wisp of smoke. 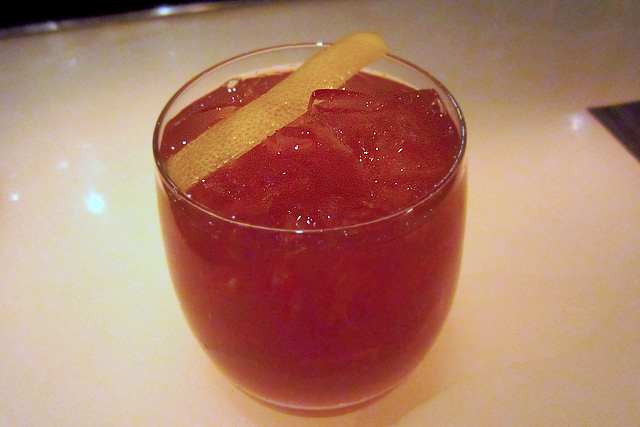 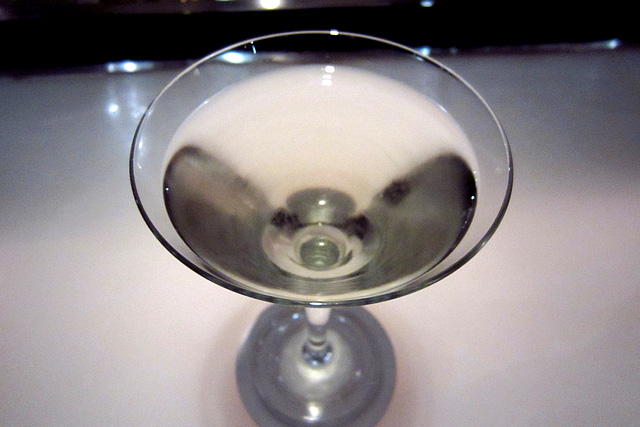 As I sipped The Treacle on a subsequent visit (along with a visiting dignitary and other cocktail enthusiasts), Bates served a fellow imbiber the Ellis Island: ZU Bison Grass Vodka, Grüner Veltliner, Cocchi Americano and celery bitters. Always up for a challenge, Bates took on the cocktail cognoscenti disdain for vodka and created a drink that even avowed vodka haters will enjoy. The cocktail is named for New York’s historic gateway for millions of immigrants to the U.S., and gives a nod to the origins of the drink’s vodka, white wine and aperitivo: Poland, Austria and Italy, respectively.

Having only had a taste of the Ellis Island, I returned to Providence for the full experience (purely for research purposes, of course). Rest assured that the Ellis Island was indeed as excellent as that initial sip, with a crisp, dry and fruity depth, a bit of white pepper and surprising notes of cinnamon at the finish. Thanks to an assist from Erick Castro, Bates plans to barrel age the Ellis Island. 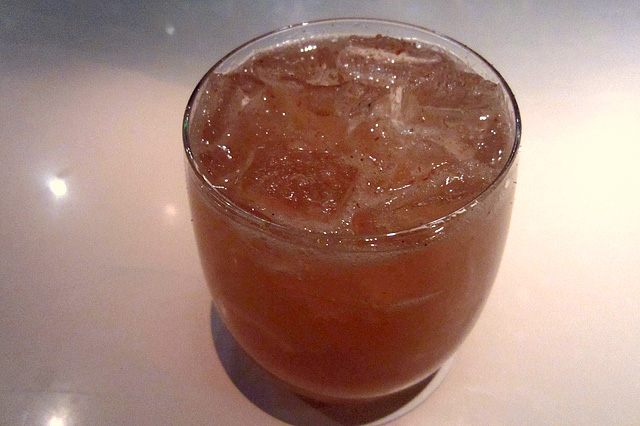 As I sipped the Cider Mill, Bates made a nonalcoholic drink, an off-menu item that has become well-known among Providence regulars. Always seeking to expand her repertoire, Bates said, “I use it as a learning opportunity, and make the best [mocktail] the customer has ever had.” She gets to explore flavors and the customer gets a wonderful drink, it’s a win-win. This particular mocktail was made with cucumber, lychee, mint, lemongrass, dehydrated cane, ginger ale and lemon juice. The process involved what Bates calls the “Human Cuisinart” technique she learned in London: she peeled and chopped the cucumber, added to a pint glass, and whirled her knife inside until it was a blur. Don’t try this at home, kids.

Enjoying cocktails solo and with friends, in sessions that span several weeks, is an ideal introduction to any new menu, especially in the refined setting of Providence. Naturally, no sooner had I worked my way through her winter cocktails, than Bates casually mentioned something she’s been working on for the next menu. Needless to say, I can’t wait.